In our webinar with Talent Management Magazine yesterday, my colleague Jen Sartor and I talked about how the performance management process has been largely frozen in time since the 1960s or 1970s. But the truth is that many of the roots of today’s annual performance reviews go back a good deal further than that! 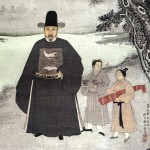 The 3rd Century Chinese Wei dynasty is renowned for the advancements it made in the creation of a civil service. One of its innovations was something called the nine rank system, by which candidates were selected and categorized, based on their abilities. A bad ranking would wash a candidate right out of the system.

Suffice it to say, ranking has never been popular. Eighteen centuries later we still have a surviving document from one employee, Chinese philosopher Sin Yu, complaining about the bias of the system: “The Imperial Rater of Nine Grades seldom rates men according to their merits but always according to his likes and dislikes,” he complained. 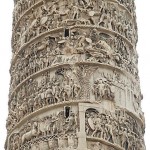 Self-Evaluations in the Roman Empire

In today’s self-assessments you have to decide whether you should be self-critical or toot your own horn, but there was no such question in imperial Rome. In fact, it was customary for leaders to create massive monuments to their job performance. Triumphal arches were commonly erected by generals and emperors to spell out the details of their victories.

Of the surviving “documents”, my personal favorite is Trajan’s Column—a 98 foot monument decorated with carvings of Trajan’s victory over the Dacians and topped (originally) with a statue of the man himself. Lest anyone forget, Trajan inscribed the base with his professional achievements: “The Senate and people of Rome dedicate this to the emperor Caesar, son of the divine Nerva, Nerva Traianus Augustus Germanicus Dacicus, pontifex maximus, in his 17th year in the office of tribune, having been acclaimed 6 times as imperator, 6 times consul, pater patriae, to demonstrate of what great height the hill was and place that was removed for such great works.” So much for MBOs! 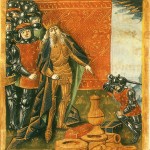 A Manager Point of Failure in Early Medieval Europe

Early medieval monk Gregory of Tours tells a story about Clovis, King of the Franks. A ferocious commander, Clovis didn’t need much in the way of consensus or input from other leaders. After one particularly nasty battle, the Franks were dividing up their loot when Clovis’ eye was caught by the Vase of Soissons, a beautiful gem-encrusted treasure. The Frankish custom was to divide the booty equally, and Clovis was cheating, so one his subordinates cried out: “Thou shalt have only what the lot gives thee!” and he broke the vase in half with his battle-axe.

Needless to say, this did not endear him to his boss. And as the boss, Clovis had the only opinion that mattered. The next year, when Clovis detected the soldier making some mistake or another, he immediately conducted his review, raising his axe and saying: “It shall be done to thee as thou didst to the vase!” Without waiting for other input, he cleaved the soldier in two. I doubt many of us are literally cut in half during bad performance reviews with biased managers—but I’m equally sure a lot of us feel leave feeling like we have been. 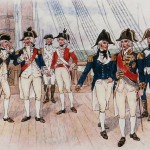 360 Feedback in the Napoleonic Wars

In the nineteenth century Royal Navy, officers’ ratings and commendations were subject to review and feedback from their peers. This provoked complaints about officers who spent too much effort building up support and not enough in performing their duties.

Grumbled one captain: “I am not only a strenuous advocate for correct discipline, but a decided enemy to the littleness of character known by the appellation of courting popularity.” Because it was based on general opinion more than actual incidents and behavior, the practice tended to reflect the social status or political influence of the candidates, rather than their skill level. Consider this snippet from a modern Royal Navy performance evaluation: “His men would follow him anywhere, but only out of curiosity.” 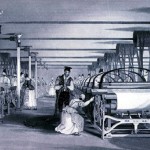 We’re all for public appreciation at Globoforce, but public negative feedback is never a good idea. Apparently Robert Owen thought it was worth a try. The social reformer and industrialist devised a colored rating system for workers in his cotton mills in the 1790s.

Owen would mount a block of wood to each machine that had four sides painted according to a code of merit: white was best, then yellow, blue and worst, black. “At the end of each day, the marks were recorded, translated, and the appropriate color side of the block turned to face the aisle. Owen reported that he ‘passed daily through all the rooms and the workers observed me always to look at these telegraphs- when black I merely looked at the person and then at the color.’” Ouch.

So yes, this post is a bit tongue in cheek, but the underlying truth is here… There isn’t much new in performance management in the last few millennia. The flaws in the system are not new and they aren’t going to go away on their own. Isn’t it about time we thought about fixing it? 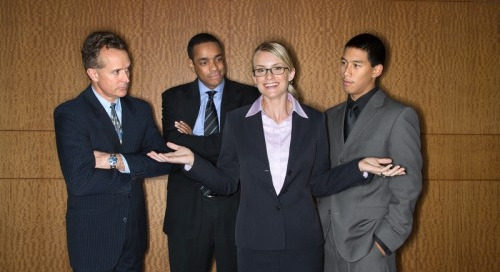 Do men and women practice appreciation in the workplace differently? Is recognition and reward more effecti... 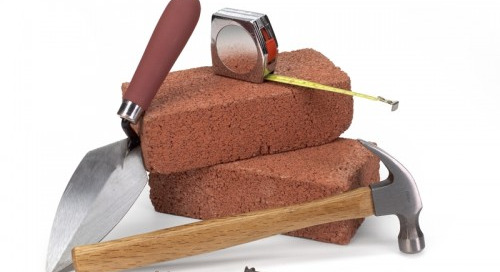