People at Google love data. They measure everything. A few years back, they launched a research initiative called Project Oxygen, in order to measure and improve key management behaviors at Google. This initiative is highlighted in a 2013 Harvard Business Review piece by David A. Garvin, professor at Harvard Business School.

Garvin writes, “Compared with leadership, managing remains understudied and undertaught—largely because it’s so difficult to describe, precisely and concretely, what managers actually do. We often say that they get things done through other people, yet we don’t usually spell out how in any detail.”

Project Oxygen conducted an in-depth study of Google’s managers and found that the highest performing managers have less turnover on their teams and happier employees. They also identified eight behaviors shared by high-performing managers. The top 3 are:

The third behavior describes a caring person, which echoes similar findings from our new WorkHuman® Research Institute report. But here I’d like to focus on that number one most important behavior—coaching.

Coaching as a Business Imperative

When I think about coaching, I always think of my high school cross country and track coach—Mr. Menna. He was my coach for three seasons every year (not including summer training) over the course of four years. My memories from those years are some of the fondest I have and being on his team had a direct impact on the person I am today.

Granted, we’re more likely to create lifelong memories in our formative years. But imagine if we could create just an inkling of that experience in the workplace.

First we should ask, are we promoting the right “coaching-minded” people to become managers to begin with? According to one Bersin by Deloitte study, organizations that are highly effective at preparing managers for the coaching relationship are about 130% more likely to see strong business results.

So is it possible to coach people on how to coach? According to executive coach Monique Valcour, it is more than possible. It is a business imperative. She writes, “70% of employee learning and development happens on the job, not through formal training programs. So if line managers aren’t supportive and actively involved, employee growth is stunted. So is engagement and retention.”

She offers 5 tips to become a better coach:

Coach Menna had a way of inspiring the team as a whole, while also giving focused, individual attention to each runner. While sometimes that was in the form of positive reinforcement (“Great work getting ahead of the pack at the starting line”), he also gave constructive feedback (“Be sure to save more energy so you can pick more people off at the finish next time”).

As an alternative, try separating constructive feedback and positive reinforcement. Also consider the power of creating a culture of recognition. If praise is given more freely and frequently, then you’re less likely to find it necessary to create the feedback sandwich in the first place.

The Psychology of Praise

Also keep in mind that there are right and wrong ways to praise. A study conducted by psychologist Carol Dweck found that the language we use when we praise can have a profound impact on the recipient. The study was conducted on school children. Some were praised for effort in tackling a new challenge, while others were praised for natural ability. They found that:

Children who…are praised for their efforts, even when they don’t ‘get it’ at first, eventually perform better and like what they are learning more than children praised for their natural abilities. They are also more likely to regard mistakes and criticism as useful information that will help them improve.

Children praised for their intelligence also had a more difficult time recovering and learning from mistakes. Obviously, we’re all adults in the workplace, but the same rules generally apply when coaching an employee through a new challenge or skill.

We all know how much daily interactions with managers shape our employees’ experience at work. What are your tips for training the coaches in your organization? What have you found to be the right balance of positive reinforcement and constructive feedback? Share your thoughts in the comments! 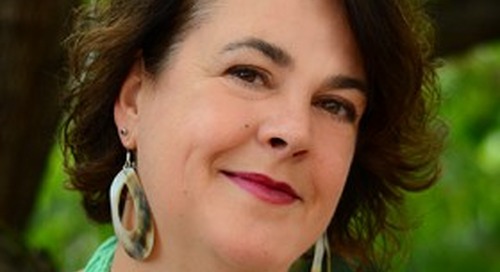 What will the performance management re-boot entail? Read part one of our Q&A with author M. Tamra Chandler... 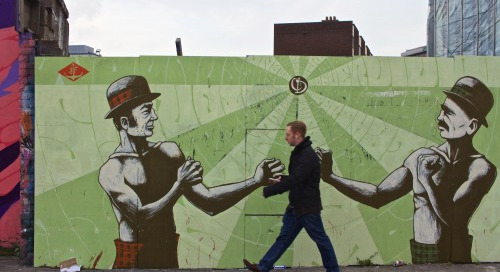 How Rude! How Incivility Is Hurting Your Team

Incivility can be a surprisingly common and accepted behavior at work. Learn tips for creating new 'emotion...