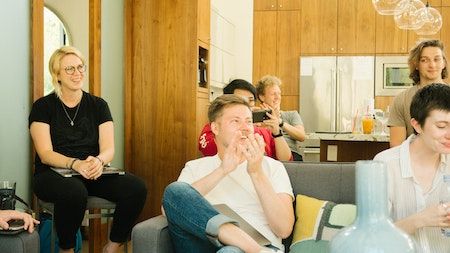 Ten years ago, when I was working for a small, entrepreneurial startup, our CEO would begin each day with a company email in which she acknowledged the day’s service anniversaries. When your organization has less than 50 people, you can do that kind of thing.

I can remember the excitement each year as my anniversary date approached. Perhaps it was the “15 minutes of fame” I’d enjoy on “my day.” Or maybe it was the congratulatory cyber backslaps I’d receive in emails from my peers. Whatever the reason, having my years of service recognized and acknowledged made me feel special.

Evidently, the positive feelings I experienced back then are quite common, according to the fourth finding of  “The Future of Work is Human: Findings from the Workhuman® Analytics & Research Institute.” This recent survey of more than 3,500 full-time workers from the United States, Canada, Ireland, and the United Kingdom explores the untapped potential of celebrating career milestones and validates the idea that annual occasions – both personal and professional – are a point of self-reflection and pride.

Yet the same survey also shows that most organizations are woefully lacking when it comes to commemorating employee milestones. In fact, more than half of all workers surveyed (51%) reported that their most recent work anniversary was not even acknowledged. And for workers who have been at their company more than eight years, the number is 53%.

But here’s the thing – it isn’t enough to just acknowledge an employee’s career milestone. It has to be done right. According to the survey, 64% of respondents said their last service anniversary did not engender a renewed sense of commitment to their company. And another 53% said their anniversary experience made them feel nothing at all.

The business case for recognizing milestones

So why does this matter? For starters, recognizing service milestones creates a more human workplace – one that fosters recognition and appreciation, while empowering workers, forging stronger relationships, and giving employees purpose and meaning in their roles. And that’s important because, as the report tells us, workers will leave their current company for one with a more human work environment. Roughly 60% of employees with eight years or less of service say they’d move for a more positive culture. And for those with more than eight years of service, 44% would jump to a more human workplace.

But here’s the good news: Recognizing and celebrating career milestones serves as a buffer against the high cost of employee attrition – especially in a job seeker’s market.

In the end, it’s about making your work culture more human by seizing the opportunity that your employees’ career milestones offer. It’s about retaining your top talent. And it’s about building and delivering on the brand promise of your organization.

The survey tells us that different people want different things to mark their anniversary – from private or public congratulations from a manager, to being honored at an event. Thinking back to my time at the small company, what made my CEO’s email such a big deal was the top item on that list: sharing memories and congratulations from peers and managers.

Yes, it’s great to be a celebrity – even if for only a day!

Creating service anniversaries that inspire everyone

Report: employees crave a sense of belonging at work 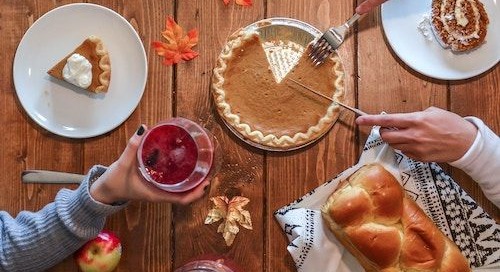 Thanksgiving Reflections: A Year of Gratitude

From new research findings to an interview with Dr. Robert Emmons to personal stories, we highlight this ye... 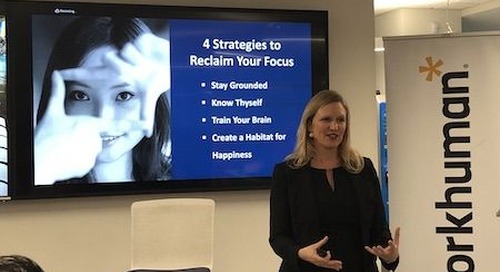 Amy Blankson: Strategies to Focus in a Digital World

Amy came to Workhuman's Dublin office to discuss well-being around technology in the digital era and how we...