Get Ready to Divulge More Data On Your Workforce 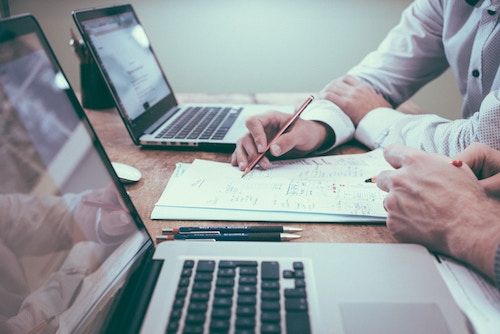 But get this: In 2020, the SEC is likely to adopt a revised regulation that could lead your company to disclose metrics about how it recruits and trains workers, how many of them stay with the organization and for how long, and many more facets of your human capital. Here’s what your company should know – and may well be unaware of – about the looming change.

The SEC’s actions are part of a broader trend toward greater disclosure of human capital data. In Asia and Europe, companies are moving toward disclosing more about their workforce. In December 2018, the global standard ISO 30414 was adopted, promoting voluntary disclosure guidelines that spell out a couple of dozen specific people metrics. The new standard is intended to apply to companies of all sizes, not just publicly held corporations.

Then, in August 2019, the SEC proposed that Item 101(c) of its Regulation S-K be revised to require public companies to report on human capital “to the extent such disclosures would be material to an understanding of the [company’s business, including] measures or objectives that address the attraction, development, and retention of personnel.”

The central change is a new requirement of a narrative description of a company’s human capital and how the company chooses to measure it. “To me, the revised rule doesn’t say that you have to disclose the human capital numbers,” says Lene Powell, an analyst in the securities division of Wolters Kluwer Legal & Regulatory U.S. “You just have to disclose which metrics you track. It doesn’t require an elaborate new disclosure regime, and it actually eliminates the requirement to disclose a company’s total number of employees.”

The stakeholders and politics of human capital disclosure

Investors are the stakeholders pushing the hardest for greater human capital disclosure. In the knowledge economy, employees are more important to the future value of a company than the machines and materials that enable their work.

Industry isn’t crazy about a new mandate to say more about what is typically a corporation’s most valuable asset: people. “Industry-focused commenters on the regulation mostly said that the current regulatory regime is fine, we don’t need changes,” says Lene. But industry stakeholders don’t seem dead set against the proposed changes.

Institutional investors and unions take the opposite view. They’d prefer even more disclosure of human capital information than the rule prescribes, including more numbers.

The rule goes relatively easy on industry because of the business-friendly GOP majority of SEC commission members. “The two Democratic commissioners expressed concern that companies have too much room to decide what to disclose or not,” says Lene.

It’s POTUS who gets to nominate one of the five SEC members each year – so a future president of a different party could steer the commission toward more stringent human capital disclosure requirements. “When the wiggle room in the forthcoming rule revision gets noticed, the definitions of what must be disclosed will get tighter,” says Hari Date, a solutions architect at Workhuman®.

The liabilities and opportunities of greater disclosure

Assuming the rule is finalized, employers will make their own decisions about how to comply – and what additional human capital data they might voluntarily disclose.

“If companies want to play it safe, they can talk about what human capital measures are important to how they run the business,” and leave it at that, says Lene.

Companies may use their human capital disclosure to burnish their image for everyone, from potential investors to prospective employees. For example, statistics on ethics complaints and diversity and inclusion scores will say a lot about how an employer manages people.

How to start preparing to make new disclosures

Compliance efforts under the revised regulation and additional future mandates may require high-level participation of HR and IT, as well as subject matter experts in ethics and diversity and inclusion, says Hari.

Companies will likely need legal and regulatory advice to interpret the language of the new rule, which in places lacks specificity. Requirements that human capital data disclosures be more uniform and comparable are not included in the current proposal, but they’re on the horizon for Regulation S-K, Lene says.

The logistical challenge could be substantial. “Organizations don’t always have the tools to report out the topic areas of the revised rule,” says Hari. “Even publicly traded companies may not have the information in easily reportable form.” Ethics complaints, for one, might be stored only on paper, in binders.

Hari’s advice: “Don’t procrastinate. Find out what you know and what you don’t know. Gather the info needed to report what must be reported. Organizations will say, ‘We have it in our HRIS.’ But then when it comes down to it, they may have to do numerous one-off surveys to collect various kinds of data. You want to avoid that last-minute hustle, to avoid publishing inaccurate information and incurring penalties,” as well as generating negative publicity.

As the decade turns, the SEC is reviewing formal comments on the proposed changes.

Under the current review, the proposed rule might or might not change. But the commission is unlikely to go back to the drawing board; the final rule will probably look a lot like the proposal as it stands. The time frame is unclear, but Lene believes the changes will probably be adopted by the SEC this year.

New Workhuman Survey Report: "The Future of Work Is Human" 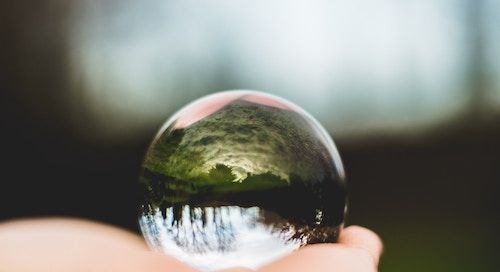 Get predictions and insights on what the next ten years will bring in the areas of pay equity, AI, D&I, and... 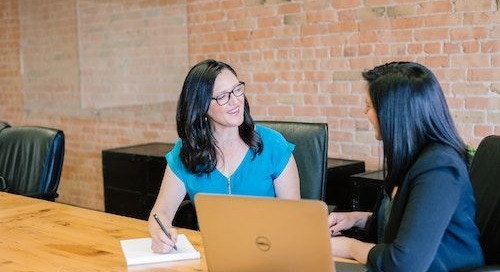 Continuous performance management enables your organization to create a trusted environment in which employ...