We all have that friend or colleague who is defiantly positive, no matter what situation they are up against – a difficult client, a disorganized project, or a negative work culture. Maybe you are that person (lucky you!).

I am convinced Workhuman® Live speaker Michelle Gielan is one of those people. Michelle is the bestselling author of "Broadcasting Happiness" and founder of the Institute for Applied Positive Research. She studies the science of positive communication and how to use it to fuel success. She is also a partner at GoodThink, a positive psychology consulting firm.

I had the pleasure of speaking with Michelle last week and asked her a few questions about optimists at work. How do they impact culture? What are some tips for leaders to communicate more positively? And what about those pesky pessimists?

Read part one of our Q&A with her below.

Can you share a bit about your background and how you first became interested in positive psychology?

As a national anchor at CBS News I noticed what so many people have seen. My newscasts were extremely negative. Then the recession hit and the stories became increasingly emotional as we watched people losing their homes and jobs and 401Ks. I started to investigate how we could talk about negative news—not just on the news, but in our businesses and around the dinner table—in a way that fuels people and empowers them to create positive change.

At the height of the recession when so many people were unhappy because of serious financial troubles, we decided to launch a week-long interview series called Happy Week in which we encouraged our viewers to foster greater levels of happiness in the midst of the recession instead of waiting helplessly until it was over using the science of positive psychology.

Positive psychology is the scientific study of happiness and human potential. Experts from the field shared incredible advice and actionable strategies. We had the greatest viewer response of the year, and people sent us amazing stories of how they’d taken the information and changed their lives as a result.

I got an awesome email from a man in Oklahoma that hadn’t spoken to his brother in 25 years. They had a fight over money and cut contact, but they lived just 20 miles away from each other. Then he heard that his brother’s home was facing foreclosure, and his was as well. He took advice from one of our experts. He reached out to his brother, they pooled their resources, saved one of the homes and moved in together.

Can you explain the ripple effect and how you think it could impact work life?

There is a common misconception that we can’t change other people. The reason is that all of us have had one really negative person in our life that we have tried to help see the light, tried to help change their mind about their life or a situation. No matter what we say, it just doesn’t seem to work. I think what ends up happening is people globalize this result and say, “Well, you can’t change anyone. I can’t change other people.” I hear this all the time.

While I agree that you might not be able to change people on your own personal time schedule, what we see in the research is that you actually can change the way other people think and experience the world. We have more influence than we realize. Research shows us that through emotional contagion you can influence how others move through stress, change, and challenges. Having a positive, empowered, and resilient mindset about a situation helps others see the possibilities of success in life. Many people default to not saying anything or they say it once and then they give up. Expressivity of this positive mindset is key.

We’re all constantly broadcasting information to other people as managers, as leaders, as colleagues, as friends, as family. We’re transmitting messages to other people in what we say and how we say it, and those small messages either create success or they hold us back. In my book Broadcasting Happiness, I share seven strategies, based upon research, of how you can be mindful about the choices you’re making and how you communicate with people to increase your influence as a positive broadcaster.

The more we can activate all the people who are already positive in the room, and maybe sway the neutral to positive and start getting them to speak up, the more those people win the battle for culture at their companies.

What’s one thing that most people don’t know about you?

I have flown a plane solo over an airfield in Texas. I’ve also gone skydiving with the Golden Knights, the Army parachute team. I guess if you fly a plane by yourself ,you should know how to jump out of it safely as well!

Optimism makes sense intuitively. What’s the research? How does it impact business?

Optimism is one of the most important assets that you can develop in your own personal mindset. Our research shows optimism fuels greater levels of performance across the board. Optimistic salespeople outsell their pessimistic counterparts by 37%. A research study done on a business team found that when the manager delivered praise to one individual each day on his team, he was able to increase the entire team’s productivity by 31% in just three weeks. Doctors who are in a positive mental state will come up with the correct diagnosis 19% faster and more accurately than doctors at neutral. Optimism has been connected with better health, greater wealth, and more success.

You can get an instant read on your levels of optimism. We have an assessment called the Success Scale, which is a 30-question scientifically-validated tool that allows you to test yourself for the three greatest predictors of long-term levels of success at work. The most important we’ve identified among these three is work optimism. People who score in the top quartile, which is a top 25% of that metric, are five times more likely to be highly engaged with their jobs and three times less likely to burn out from their job.

Optimism is the expectation of good things to happen, especially in the face of challenges. When you go to work, do you think things will go well when there is a business challenge in front of you?

Optimists also believe that their behavior matters. An optimistic sales professional who believes his behavior matters and expects a yes is going to make that sixth and seventh and eighth phone call to land a sale.

Most important to note about optimism is that it is malleable. No matter your score on the Success Scale now, our research shows there are ways to train your brain to be more optimistic in a matter of weeks.

Stay tuned for part 2 of our Q&A, where we talk about buffering against negativity and tips for leaders to change their tune at work.

Optimism 101: How to Lead in Times of Change

Get Emotional, and Other Tips for Building Trust

How to Create a Positive Service Climate for Customer Satisfaction 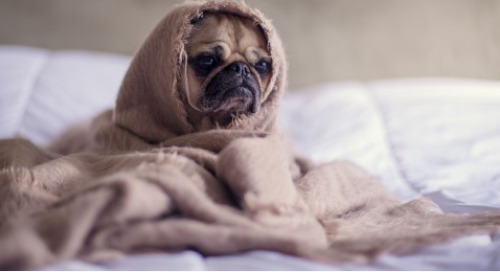 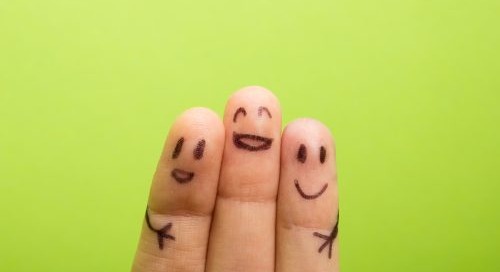 Get Emotional, And Other Tips For Building Trust

To build a work culture that really stands out, you need trust—in colleagues and in leaders who set the ton...