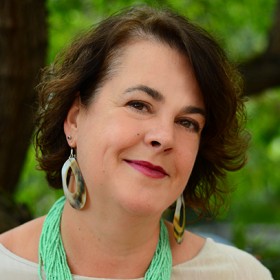 There goes another nail in the annual performance review coffin.

The most recent company to publically announce its revamp of performance reviews is Goldman Sachs. In a memo to employees, CEO Lloyd Blankfein and COO Gary Cohn wrote, “Providing high-quality and ongoing feedback is at the heart of our culture, and is an important investment we make in our people.”

Why doesn’t traditional performance management work anymore? And if we do away with ratings and annual reviews, will there by any accountability?

M. Tamra Chandler, author of the new book, How Performance Management is Killing Performance—and What To Do About It, has a lot to share on the topic. CEO and co-founder of PeopleFirm, Tamra has more than 25 years of experience in helping businesses transform antiquated processes.

Read part 1 of our Q&A with Tamra below.

1. When did you first become interested in revamping performance management?

My interest goes back to my days as the Chief People Officer at Hitachi Consulting, where I created a performance management process for our global consulting team. We started with a clean sheet of paper, and while we ended up with some very nice features like a robust role and technical competency model, my solution still looked pretty much like a traditional model. It worked fine, but many of the problems that I write about in the book still persisted.

Several years later a client of mine asked me to write a white paper on performance management for the executive team. I saw this as a chance to take a fresh look. Once I dug in, I realized that many people had been writing about the problems with the traditional approach to performance management and more were joining the chorus every day, but no one seemed to be putting forward alternatives that addressed the problems in a comprehensive and actionable manner. At the same time, I had clients asking for help. Those needs came together and I decided we needed to create a solution. Once we had crafted a solid solution, it only seemed right to share it with a world that was struggling with this problem.

2. You open your book with the eight fatal flaws of performance management. Can you briefly summarize why it isn’t working today?

Yes, the fatal flaws summarize the eight reasons why our standard performance management isn’t working – meaning that it isn’t delivering what we’re all seeking, which is better performance.

The first flaw speaks directly to this issue. What we’ve found is that, despite all the effort and work many HR teams have invested in building their programs and processes, there’s little to no evidence that supports the idea that they actually drive individual and organizational performance. In fact, there’s quite a lot of evidence to show that performance management, as most of us know it, actually causes employee disengagement, which we know leads to poorer performance. Hmmm, right?

Second, the annual review is not an authentic or healthy conversation given its construct.  The very fact that you know that your manager is going to judge you impedes your receptivity to feedback and limits honest, open dialogue between the two of you.

The annual review is not an authentic or healthy conversation given its construct. @mtchandler
Click To Tweet

Third, it’s human nature for us to remember and emphasize the bad stuff. Even our strong performers often leave a review disheartened, even when that wasn’t the reviewer’s intent at all. Why? Because we spend too much time on areas of improvement or stress that one thing that went wrong a little too much, versus the ten things that went right.

Fourth, you simply can’t separate the performance of an individual from the system in which they work. As a result, we tend to attribute to the individual either the benefits or the penalties of the surrounding environment or circumstances.

Fifth, we’re human, and as such we’re incapable of rating others without bias. Sure, we can recognize exceptionally great or poor performance. But to accurately differentiate those in the middle, especially when they are doing disparate roles, is nearly impossible.

Sixth, because we’re biased, the output of our ratings and reviews should not be used to make broader talent decisions. After all, faulty data produces faulty results.

Seventh, comparing people based on reviews (or worse, stack-ranking), erodes any effort you might be making to create a collaborative culture.

Finally, much of traditional performance management is based on the assumption that paying for performance causes people to perform better – and that’s simply not true. Engagement with the company, its mission, and the work are all much more likely to drive performance.

3. What do you say to the skeptics, who may argue that we need annual reviews and ranking for accountability?

Oh gosh, that is a common question and it always gets me going. Right off the bat, I’d ask them if they think their current reviews or ratings are truly driving accountability.  I’d bet many would reply that no, they are not.

Then I’d ask them to dig deeper into the word “accountability.” Too often, I find that word is an easy “out” for managers who haven’t made it clear to employees exactly what they are supposed to be accountable for, or who haven’t made their people feel empowered to take the reins. Then there are those managers who ask their employees to define very specific goals, and then reward them for those goals and little else. Why would we expect those employees to take on greater “accountability”?

I’ll admit it that I’m not always successful at convincing every skeptic that tight controls, ratings, and rankings are not the ticket to inspiring great performance. But I give it my best shot by presenting the data and research to support my case (which is substantial) and by asking them to give the alternatives a try. What I know is this: nothing beats the power of people aligned to a meaningful purpose and who are given the opportunity to do their best work in a manner that is recognized and celebrated. Experiencing that power is the best skeptic remedy I know.

4. How does the manager-employee relationship need to change?

We need to move managers out of the role of reviewer and assessor and firmly into the role of coach, guide, career navigator, mentor—pick the word you like best.  If we think of the employee – manager relationship as a collaboration, then both parties will gain far more from their time together.

5. In your book, you suggest that we need to “welcome more voices to the conversation.” Why is crowdsourcing so valuable?

Well, we need to accept that as humans we are inherently biased. Even when we have the best intentions, in nearly every decision and every assessment we are influenced by our own frameworks, experiences, lenses, etc. We can’t change that—it just comes along with being human. What we can do is mitigate the risks those biases create for the people we’re guiding and assessing. The best mitigation strategy I know of is to invite a greater number of people to weigh in. Including more voices allows us to gather multiple data points, to see things from others’ perspectives, and then bring those inputs together to create a more complete, and hopefully more well-rounded, view of ourselves and others. Social recognition gives us a platform for positive feedback that can be frequent and timely, which makes it easier to reinforce people’s strengths and celebrate their accomplishments.

Stay tuned for part 2 of Tamra’s Q&A, where we talk about companies that have found success in rebooting performance management. 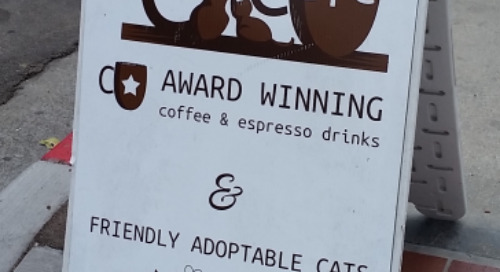 From motivation and humor to cutting-edge performance management practices, read our top six takeaways from... 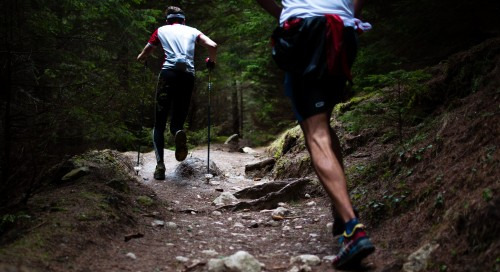 Seventy percent of learning and development happens on the job, not through formal training. Get tips for c... 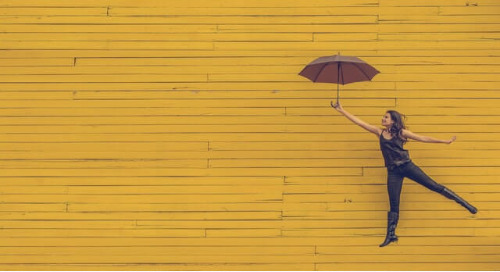 In part one of this three-part series, discover how recognition makes managing individuals easier and more effective. 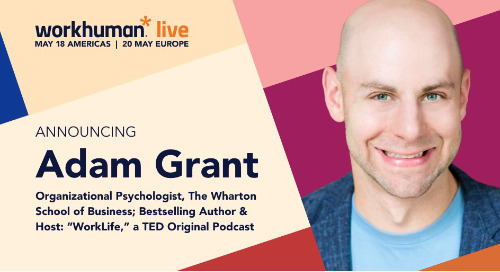 As a part of Workhuman® Live Online, Adam Grant shares his insights on how business leaders can get comfortable unlearning and rethinking.