One of the most obvious reasons that so many companies are re-thinking traditional performance management processes is because the term itself has become outdated—performance management. Are we really trying to manage performance? Or are we looking for the most effective ways to motivate, coach, and lead our people to even greater success?

Gerry Ledford, senior research scientist at University of Southern California’s Center for Effective Organizations, is keenly interested in this topic and is a nationally recognized authority on aligning human capital practice to business strategy. Gerry is currently leading a study of 244 companies that have adopted cutting edge performance management practices.

We had the opportunity to catch up with Gerry about the results of the study. We wondered which practices are most effective in assessing performance and motivating people? And who typically leads the change in the organization?

Read the first part of our Q&A below.

What is cutting edge performance management? And why is it important we study it?

We define cutting-edge performance management as three practices that are currently the focus of attention by companies that are making changes to their process. These are:

Ratingless appraisal involves providing performance feedback with no rating number, letter, or score. Ongoing feedback involves performance conversations between supervisor and subordinate at least four times a year. Crowdsourced feedback involves the use of corporate social technologies to empower employees to recognize any employee or manager 24-7 over any computing or mobile device.

Companies may adopt one, two, or all three practices. These practices have been covered by almost every major business publication, sometimes multiple times, yet there is not enough research to go on in knowing what works and why. We are conducting a series of studies that are among the first on the topic.

What most surprised you about this research?

There have been a number of surprises. First, ratingless appraisal has caught the imagination of the business press, but despite garnering the lion’s share of publicity, it is not the most common practice. In our multi company study of 244 organizations that are using one or more practices, almost every one (all but 8) were using ongoing feedback. Only about half were using ratingless appraisal, while more than one-fourth were using crowdsourced feedback.

Ongoing feedback is the dominant practice and the driver of much that is happening in this area. Given this finding, it makes no sense to talk about ratingless appraisal as a stand-alone practice; it is almost always adopted with ongoing feedback.

Who in the organization is typically leading the change in performance management? And why do you think that is?

Quite clearly, the CHRO is most likely to be leading the charge, supported by the CEO and other executives. CHROs see this topic as one in which the HR function can play a role in a highly visible, strategic area that has been a major source of frustration for managers and employees.

What is the opposite of cutting edge performance management?

The opposite of cutting-edge performance management is traditional practice, which became commonplace during the 1950s in the U.S. It is an annual process, focusing on the supervisor-subordinate relationship with little input from others, using a very complex rating process (often with multiple scales and subscales that lead to a final summary score, little or no peer feedback, etc.).

Based on your research, what are the most effective ways to measure performance and motivate people?

I think it is clear that very complex rating schemes of years gone by are pointless in an era of 3% average increases. It is impossible to provide meaningful differentiation in consequences (salary, bonus, promotion, etc.) for differences in ratings on a scale of five, seven, ten, or 100 points (there are plenty of the latter, for example), much less older practices such as stacked ranking.

“Complex rating schemes of years gone by are pointless in an era of 3% avg increases.”
Click To Tweet

Very simple scales, often with just three levels (superior performers, good performers, and failing performers, whatever the labels) is usually better – you can provide clearly superior rewards for superior performance in that case. There is no point in going to the aggravation of detailed measurement if it does not translate into meaningful differences in rewards.

More work is needed on ratingless appraisal to understand employee reactions to it, but so far it appears to be well received. Employees don’t like getting ratings and managers don’t like delivering them. Companies that go ratingless still differentiate rewards based on performance, the process is just a little less mechanical without a rating. 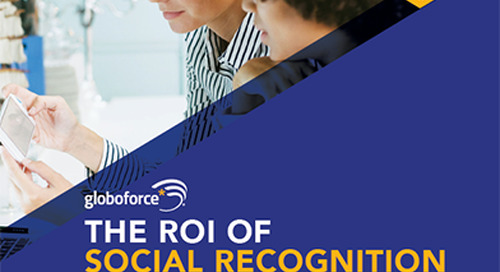 [New Report] How to Make a Business Case for Social Recognition

Our new white paper, The ROI of Social Recognition, shows the proven links between social recognition and q... 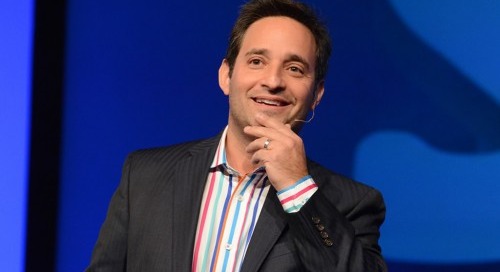 Remove the Fear, and Other HR Advice from Josh Linkner

Entrepreneur & author Josh Linkner talks about creating a thriving culture and how HR can take a leading ro...