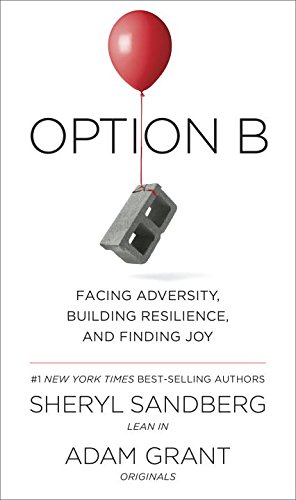 In part one of our interview with Adam Grant, we talked about why it’s important to hire for cultural contribution as opposed to cultural fit – especially if you want to stamp out groupthink.

Once you have the right people in place to contribute original ideas, what role does continuous feedback play in improving performance across the organization? How can you create an environment that not only promotes gender equality, but also psychological safety and belonging?

Check out the second part of our Q&A with Grant below, where he also shares a bit about his new book with Sheryl Sandberg. If you prefer to listen to the interview, click the play button at the top of this post to listen to the latest episode of WorkHuman Radio.

What role do you see continuous feedback from peers and managers play in improving performance and generating more original ideas?

Feedback is critical for anybody who’s trying to do anything original. I don’t think it’s surprising. It’s critical for figuring out if your ideas are any good. One of the most interesting pieces of data I came across when writing Originals is from a former student of mine, Justin Berg. He was interested in how people predict the success of new ideas. He studied circus performers and found that the worst judges of whether a new act was going to be a successful performance for an audience were the artists themselves. If you try to judge your own act in a set of 10, on average, you rank it two slots too high. It’s easy for people to fall in love with their own ideas.

Feedback is where we get other people to hold up a mirror and say, “These are the ones that are promising. These are the ones that are dead on arrival. This is such a horrible idea. You never should have had that thought in the first place.” In Justin’s data, that was clowns. Clowns are universally hated by everyone. Not every performer knew that.

I think that’s where feedback becomes so valuable, is in vetting ideas. Every original person has lots of ideas on the table. You have to rely on other people, especially your creative peers, to help you gauge which ones have the most potential.

Why is gender equality still an important issue in the workplace and in the world today?

I think you could make a case that it’s more important today than ever before. Of course, there’s a moral case, right? It’s unjust and unfair that we continue to have equally qualified women passed over for promotions in favor of men, who have been our stereotype of what a great leader is supposed to be.

When Sheryl Sandberg and I first started talking about gender inequality, she asked me some questions that I couldn’t answer about my own data. I had a long flight back from the West Coast to the East Coast, and I reanalyzed a decade of my own datasets. I was stunned to find that, consistently, men who engaged in helping and giving behaviors got rewarded. And when women did the same behaviors, they were taken for granted.

A lot of it is about stereotypes. When a man helps, people say, “Wow, I never would have expected that in a million years. I must now shower you with praise and rewards for not just being ambitious and self-focused.” Whereas, we expect women to be communal and caring.

Similar results played out for voice. When men spoke up with ideas, they were patted on the back. When women spoke up, they were either judged as too assertive and a little bit aggressive, or they were barely heard. Obviously, this is terrible for women, but it’s also bad for organizations.

The business case for diversity is extraordinarily strong. S&P 1500 firms that place a premium on innovations are more likely to do it if they have more women on their top management teams. Gender differences help people look at the world differently. When people are in diverse groups, they also prepare more, because they know it might be a more challenging conversation to get everybody’s ideas on the table. And that’s also good for idea generation. So the evidence is overwhelming that gender diversity can help organizations become more successful.

Your next book, Option B, is co-authored by Sheryl Sandberg, and explores the idea of resilience. Can you talk a bit about why some workplaces are more resilient than others?

One of the factors that a lot of evidence supports as critical for building organizational resilience is psychological safety – the sense that you can take a risk and speak up without getting punished. That’s especially important for mistakes and errors.

There’s some research that I love by Amy Edmondson who studied hospitals. At first, she found that the more psychological safety there was in a team, the more errors they seemed to make. It seemed like if you felt your team was a safe place to speak up, then maybe you weren’t as vigilant, and you didn’t double-check each other’s work.

But a closer look at the data showed that all the errors were self-reported. Then Amy brought in a colleague of ours, Andy Molinsky, to do an independent analysis. It turned out that when there was a lot of psychological safety in a team, people reported more errors, but they actually made fewer of them. Once you admit your mistakes, it creates an opportunity for everybody to learn from them.

An example that illustrates this nicely is from Etsy, where when engineers make a mistake, they send an email to their entire team, or sometimes even the whole company, so everybody can learn from it. You want a culture where that’s safe and not going to lead you to get fired or punished, unless you make the same mistake 19 times, which is obviously a problem.

What does a more human workplace mean to you?

When I think of a more human workplace, I think about a place where people care about each other as individuals. They don’t just see their colleagues and clients as means to an end. They actually value the relationships in and of themselves.

I don’t know that every workplace is one where you want to see your co-workers as family members. But this is one of the reasons, in a lot of my work, I’ve been so passionate about trying to change cultures of taking into cultures of giving, because when people go to work and feel like other people have their best interests at heart, not only are they more motivated, but they also feel a greater sense of belonging.

When you think about work as the place where most people spend the majority of their waking hours, I think it’s a travesty if people have to check those values at the office door. A truly human workplace as one that is marked by norms of generosity, where people help each other without strings attached, and really look out for whatever they can do to make their colleagues and clients’ lives a little bit better and easier.

Cultural Diversity in the Workplace: What is it and Why is it Important?