Spillover, Crossover, and Emotional Spirals at Work and Home

So, it turns out that toxic environment at work could actually be causing you serious problems at home.

Everyone has bad days at work. But can bringing home a bad mood from work also affect the lives and work of your partner, your roommates, and your children negatively? Research suggests yes.

Psychologists have long known of a dynamic they call the Spillover Crossover Model. This model describes two effects:

As researchers from Cornell have shared: “Positive spillover occurs when satisfaction and stimulation at work translate into high levels of energy and satisfaction at home. Negative spillover occurs when problems and conflicts at work drain and preoccupy individuals, negatively impacting their behavior and experiences with their families and partners, and deteriorating those relationships.”

It also makes us lousy parents. Studies have shown that parents who experience negative crossover have less happy and healthy children. Children of mothers who were dissatisfied at work have also been shown to have more behavioral problems and problems adjusting at school.

This effect has longstanding implications for us and our employees. For one thing—these moods can be upward or downward spirals. Bringing home a bad mood from work can engender a bad home experience that might potentially send you back to work in an even worse mood the next day. And people who bring bad moods to work everyday, unsurprisingly, tend to be both disengaged and more likely to engage in less moral and more counterproductive work behavior.

In other words, allowing negative emotions to persist at work can be very bad for business.

Much of this tracks back to the contagiousness of mood (or affect, as psychologists often call it). Both negative and positive emotion can spread from person to person.

But here’s the thing. Happy affects and positive emotions are actually MORE contagious than negative, unhappy ones. Researchers have long noted that happy workers and unhappy workers tend to “cluster” in companies… but it turns out that this isn’t just because misery loves company. It’s because emotions are contagious. According to one study of contagious happiness in social networks, research “suggest[s] that clusters of happiness result from the spread of happiness and not just a tendency for people to associate with similar individuals.” Simply working with someone happy is not enough, that study suggests. One must be connected by social ties.

According to a Washington Post article about the study, happiness can affect another person for as much as a year, while the effects of unhappiness were far weaker: “When one person in the network became happy, the chances that a friend, sibling, spouse or next-door neighbor would become happy increased between 8 percent and 34 percent, the researchers found. The effect continued through three degrees of separation, although it dropped progressively from about 15 percent to 10 percent to about 6 percent before disappearing.

This idea of spiraling emotions is something also seen in the work of professor Jonathan Haidt from NYU’s Stern School, who has observed that the experience of witnessing helpfulness and gratitude experience a positive emotion of elation that “uplifts and transforms” them and drives them to behave more virtuously.

One of the strong mitigating factors driving mood and the likelihood of negative spillover can be the presence of bad leadership and management. One study reported that "abusive supervision contributes to the experience of work-to-family conflict and relationship tension.”

But this can work the other way as well. Recognition is a proven way to drive employee happiness, and jump-start that positive upward spiral. In fact, our own research has seen a direct correlation between happiness at work and happiness at home, when recognition is introduced into the mix. In our 2014 Workforce Mood Tracker Report, employees who had received recent recognition at work were significantly more likely to report that not only were they more happy at work, but they were more happy in their lives overall.

Studies also show that boosts to self-esteem (such as those experienced by positive feedback moments) can be positively spread at home. “Day-specific self-esteem experienced by one partner after work crossed over to the other partner in the evening,” said the study.

The takeaway here is plain. As leaders and managers, we cannot afford to ignore those pockets of conflict and discontent in our workplaces. They can all too easily spread and multiply. Or worse, they can lead to employees quitting to escape the negative effects on their home lives. But the cure can be as simple as seeding your culture with moments of positivity and appreciation, and watching them flourish naturally into a more widespread and lasting happiness. 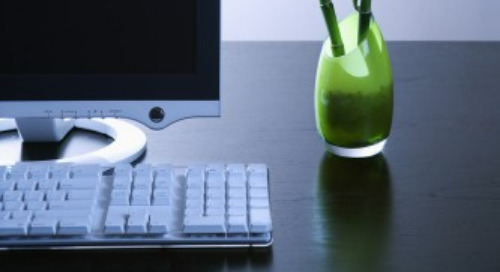 Guest Blog: Before You Hit ‘Send’: 5 Tips for Mindful Communication

TIps for more mindful communication from Pandit Dasa and Globoforce. 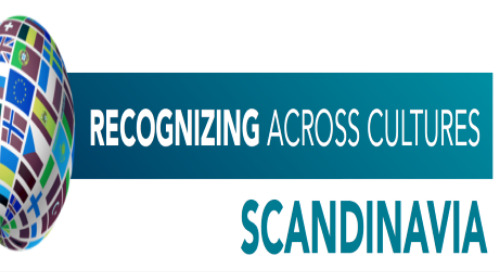 Do you know the Law of Jante? Are you schooled on lingonberries and lagom? Our ongoing series looks at busi...