During a recent visit home, my family and I got into a heated discussion about politics – that is, until my brother told us to “please stop.” He’s tired of politics seeping into everything – TV, radio, work conversations, and even sports. He’s right. Whether you like it or not, everything is politicized these days. This makes business ethics more important than ever. Companies are scrutinized or praised – in real time – for the decisions they make that impact not only their customers, but society as a whole.

How do you reinforce ethical behaviors across your company? Why do people at some companies end up making more unethical decisions than others? What is an example of an ethical business dilemma? We recently caught up with Laura Pincus Hartman, clinical professor of business ethics at Boston University and director of the Susilo Institute for Ethics in the Global Economy. Hartman is also co-founder and executive director of the School of Choice, a trilingual elementary school in Haiti.

Read her full interview below.

What is business ethics?

In the United States, business ethics is an umbrella term about the way businesses make decisions and apply their values to those decisions across the board – meaning, the way they consider the impact of their decisions on stakeholders, both internally to the firm and externally on society.

In Europe, Australia, and other parts of the globe, the term corporate social responsibility, or sustainability, refers to the corporation’s relationship with society. And the term business ethics refers specifically to a business’ way of making decisions with regard to its internal stakeholders, like employees. So, in the United States, business ethics is the broad term, and outside of our borders, corporate social responsibility is the broad term.

One point of view considers an organization’s stakeholders in the for-profit world to be solely its stockholders. A more progressive perspective considers the impact of a firm’s decisions on a broader base of stakeholders, including employees, clients, the community, and others. Any impact on those other groups will have an impact on investors because, if the customers aren’t happy, then the stock price will go down. They’re all interdependent. But the question is, who does the firm perceive as its primary responsibility? And that goes back to business ethics, which is how a firm chooses to apply its values to its decisions.

How does a company end up with unethical behavior?

We’ve all heard about the the importance of “tone at the top,” right? People are going to follow the way that leaders act, what they say, or what they condone. If I see you step on people, and you were promoted, I’m going to show that I can step on people too. And if I see you lie, cheat, and steal, and you were promoted by doing that, then I’m going to think that’s what will get me ahead.

So lack of transparency can lead to unethical behavior?
If workers – and I mean literally the people who put in the greatest effort – find they are separated from the people who direct that effort, they will perceive that they’re not appreciated and may sabotage the business.

Also, when staff is encouraged to compete against each other, instead of banding together to compete against the actual competition, that can also foster unethical behavior. So make sure the incentives are in the right place and that people are collaborating and not competing. Make sure your culture is encouraging deep and productive relationships.

People often say, “Our culture is fine. It’s really just a few bad apples.” But it’s not. You can hire for values. Tony Hsieh, CEO of Zappos, says it’s about finding people who care. He suggests that when you hire for values, you don’t look for someone for a particular position, but for someone who believes in the mission of your organization.

How difficult is it to build a strong and ethical culture in a global company with many locations?

I don’t diminish the challenge of creating a strong sense of culture among diverse cultures. However, just bringing together more than one person brings about some level diversity. Certainly, that is not enough in most cases, but we need to recognize the challenges both in creating unity and honoring difference. I believe that we need to approach our colleagues by striving to find our similarities as well as our differences.

In my experience establishing and now leading an elementary school in Haiti, I’ve found it’s important to clearly identify the values that will guide the decisions of an organization and the sources of those values. In my example, we ground our values in a particular educational theory. Similarly, ethics, whether it’s Eastern or Western, provides some source to which an organization can point that might give a deeper grounding.

What is an ethical dilemma?

An ethical dilemma is one where your values are in conflict. For example, a company may have to decide whether to close a manufacturing plant. The plant is costing a lot of money, but perhaps the company made a commitment to the community that they would stay for five years. Should they leave early or lose money? What alternatives do they have?

What kinds of rewards do companies reap when they maintain these strong business ethics?

Stakeholders now and in the future will judge you because of your decisions. Earlier this year, Starbucks made a decision to employ 10,000 refugees around the world. Starbucks says that it’s a social decision, but it is one that has economic implications. If given the choice, people might buy Starbucks coffee because of it. Similarly, Airbnb posted that they are committed to giving refugees housing who were stranded outside of U.S. borders. People then tweeted that they love Airbnb, and some consumers might stay at Airbnb because of it.

And finally, there’s the example of Uber and Lyft from earlier this year. Taxi drivers said they would not service JFK airport for an hour because of the immigration ban. Uber then said it would service JFK, but would remove surge pricing. Uber thought it was helping, but everyone protested and starting deleting the Uber app for stepping in on the rights of the taxi drivers. I had so many friends on Facebook say, “Delete your Uber account and go to Lyft.” Lyft not only got a huge amount of value out of this, but they also donated $1 million to the ACLU (American Civil Liberties Union).

In what ways do you think a values-based recognition program can help reinforce ethical behavior and improve relations between employers and employees?

Individuals are made up of a variety of motivations, but at our core we enjoy contributing to others because of our shared sense of humanity. It makes us feel respected when our contributions are honored and recognized. And in our interpersonal relationships, saying
“thank you” and recognizing each other’s contributions is a very important element.

We spend a lot our time blind to both ethical and unethical behavior. It’s very important to take our blinders off and to honor and respect what people do that is good, and also to draw attention to what’s not acceptable. I think today we often recognize those things that are not OK in our world, and we equally need to recognize and honor those things that are really beautiful. 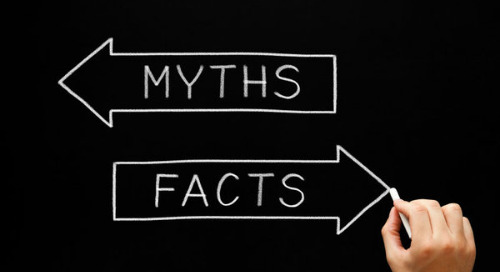 We’ve outlined the six most common myths about modernizing employee recognition, with tactics for combattin... 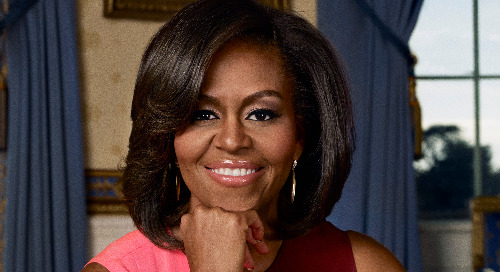