What makes someone “gritty”? Is it possible to build more grit into our workplace? And how can we raise performance standards while building compassionate, human-focused work environments?

These are some of the questions we asked WorkHuman speaker Caroline Adams Miller, a positive psychology coach who’s worked with senior executives, professional athletes, and politicians. Caroline shares tips for giving effective praise, the opposite of grit, and the most damaging kind of feedback.

Read our full Q&A with Caroline below.

Can you share a little bit about yourself and your work?

I am a coach, speaker, and educator and I’m interested in the intersection of the science of well-being and the science of goal-setting. I work with people and organizations around the world who want to create not just flourishing individuals, but flourishing communities and flourishing environments. My latest foray and my next book is about the topic of grit, which I touched on in Creating Your Best Life. I’m a passionate advocate of finding ways to flourish in such a way that we create a contagious environment where everybody is a better man or a better woman for being there.

What’s one thing that most people don’t know about you?

I was the mascot at a University of Maryland basketball game—Testudo the Turtle. I have a real zany streak. I do a lot of quirky things that some people might think are a little childish, but I prefer to think I’m childlike.

What is grit and why do you think it matters, especially now?

Grit is defined by Angela Duckworth—who is really the founder of the field—as passion and perseverance in pursuit of long-term goals.

I’m very interested in what we need to do to create a culture of excellence, not just a culture of good enough. I have seen my children dramatically impacted on so many levels by the lowering of their school standards, and their sporting standards. Lack of grit is also impacting the people I’m coaching and what they’re dealing with in the workplace.

People with grit change history—like Martin Luther King, or Abraham Lincoln, or the co-founder of Alcoholics Anonymous, Bill Wilson. These are people who displayed grit and refused to be quitters. History is made by people with grit, and our lives are defined by people who had that kind of courage and self-regulation.

What is the opposite of grit?

The Wall Street Journal recently ran an article based on some research that shows that too much grit in the workplace is a bad thing. And that’s absolutely true.

In Japan, it would be called Karōshi, death by overwork. My term for this is ‘stupid grit’ because people don’t always use grit in the right way, or in the right context, to have consistently positive outcomes. You’ve got athletes who play through pain and injure or ruin their careers. In the workplace, you get people who don’t pivot when their idea is no longer useful or the time has passed. In mountaineering, it’s called summit fever. In scuba diving, it’s called the rapture of the deep. You have to know what the red flags are in order for grit to be pursued in the right context, in the right way, with the right goals.

True grit, or what I call authentic grit, the positive kind of grit, is marked by humility. When that is celebrated and role modeled, you create environments of caring, teamwork, creativity and perseverance.

How can we get more grittiness in the workplace? Is it possible?

I work in a lot of companies where there’s no understanding of the science of goal-setting. So there are employees who are being tasked with learning goals, when, in fact, they’re performance goals, and vice versa. Goals have to be very carefully set. You have to praise effort over outcome.

In compassionate workplaces, people are individualized and seen for who they are and what they bring to the table. At the same time, people can’t be patted on the head and encouraged to quit just because something has gotten hard. And that’s the good enough standards that you see in some companies.

As a coach, what do you find most effective in improving performance?

Frequent feedback in the moment around very carefully specified goals and objectives. People need to have autonomy. They need to have a runway along with the tools and resources and identification of their strengths so that they can see how to build self-efficacy.

Encouraging risk-taking is a big one in the corporate culture. One company gives an annual award for the biggest failure that year to recognize people who took a leap and did something outside of their comfort zone. And even if they swung for the fences and struck out, they made an effort to do something that wasn’t safe.

You have to be a disruptive innovator. And that requires a certain amount of creativity and risk-taking. Those are two things at the heart of grit, again, that have not been rewarded. Therefore, they haven’t been cultivated in a lot of the young adults we see in the workplace right now.

Are there are right and wrong ways to give praise?

Everyone’s a little bit different, so there’s no one-size-fits-all way to reward and motivate people. If you’re encouraging creativity and risk-taking, you want people to brainstorm a variety of different ways to get to a finish line. The more creativity and the more avenues that are identified to get somewhere, that’s worth praising, that kind of thinking and performance style.

Destructive feedback is giving no feedback at all. People long to be recognized in the workplace. If it’s delayed and not connected with what they’re doing at the present moment, it’s no longer relevant. And by using the word “but,” like, “You could do better, but,” that really negates your whole message.

In your view, what does it mean to have a more human workplace?

A more human workplace to me is one where you show up and you matter. You matter as a person and you matter as someone who makes a difference in the work that you do. “Work is a calling” is the phrase that’s used a lot in the positive psychology world. You want your work to be a calling. But when you study the best managers, what you find is that they individualize the work to the person, and that they actually care about them.

The top traits of the greatest military leaders of all time are love and kindness, not leadership, not bravery, not teamwork. It’s because other people matter to them. At the end of the day, a compassionate workplace gives people the tools, resources, and environment to move the needle in a meaningful way on the goals that are in front of them. And if possible, those goals have to feel purposeful and mission-driven.

Want to hear more from Caroline? Register for WorkHuman to see her session live, Tuesday, May 10th in Orlando (and use code WH16BLOG300 for a $300 discount).

The Manager’s Field Guide to Recognition

What It Really Means To Humanize Work 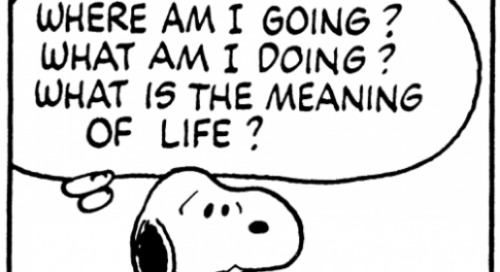 3 Ways to Build Meaning Into Your Workplace

Research-backed ways to help employees derive more meaning from their work, and in turn, sustain happiness ...

Unwanted turnover is a costly liability. Assess your turnover risk and learn ways to keep your best employees.