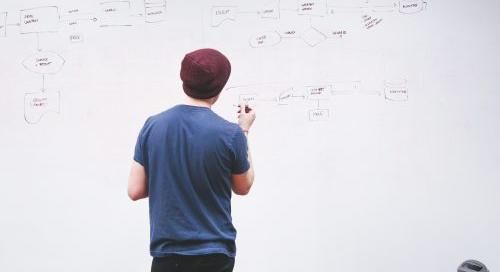 Having coined the term neuroleadership, Dr. David Rock knows how to transform thinking to optimize performance. His advice? Bring more humanity to the workplace.

Globoforce Managing Editor Sarah Payne wrote about attending David’s NeuroLeadership Institute in October, and now, we’re thrilled that he will share his expertise at WorkHuman 2018 in Austin, Texas, as a keynote speaker.

David is the Director of the NeuroLeadership Institute, a global initiative which brings neuroscientists and leadership experts together to build a new science for leadership development. The Institute has operations in 24 countries and helps large organizations develop better leaders and managers by operationalizing brain research.

We talked with David about diversity, feedback, and inclusion in the modern workplace. Listen to the podcast in the first post, or read part two of the transcript below.

Based on your research, how does feedback fit into good performance management?

Feedback is detected as something that’s bad for us, that’s to be avoided, that’s painful. That has tremendous downstream effects that are very unhelpful, actually, to both the giver and the receiver. It means the giver just doesn’t give it much. And when they do, they sugarcoat it. Then the receiver is really uncomfortable. We did about a year of research on this and found that the only way to address the feedback issue is to not actually encourage the feedback culture.

That’s not how it’s taught now, but that one insight seems to be very, very powerful for changing the game. I’ll talk a lot more at WorkHuman 2018 about why that is, how it works, and a little bit more of the science behind it. But it’s been a really helpful insight for many of our organizations and people following the research.

At the NeuroLeadership Institute Summit, you held a lot of great sessions on learning and development (L&D). What would you say is the biggest mistake companies are making today when it comes to L&D?

Humans have a digestion rate of ideas. We have a certain speed at which we can digest and apply ideas. Certainly, there’s some variation — for some people, it’s much faster than others. But it’s within a range, and that range is something around the order of one or two habits at a time for anywhere from maybe a couple days to a few weeks.

That’s a pretty fixed digestion point — It’s really like the digestion point for food. Certainly, some people can eat a meal and be ready for the next meal faster than others. For some people, it’s three hours. For others, it’s five or six hours. But no one can move between three meals with an hour break. And no one can eat a week’s worth of food in a day. So, there’s some variation, but within a general point.

NLI did a great job at the conference, as well, with delivering bite-sized pieces of content, which companies can really learn from because it makes people more engaged in interacting with the content.

Yes, we need learning to be within the realms of what can be digested.

Certainly, some people could learn all that in a day, maybe. But you would do much better if you learn one chunk and sleep on it, and come back the next day. There’s good research on that. But probably the best way to learn that is to practice a few times a week, with sleep in between, and then add new chunks when you’ve learned the previous chunk and you’re ready. It’s the idea of learning something, going and applying it, then adding something.

It’s like building a building. You build foundations, then build the next floor, then build the next floor. We have to build up. I think that’s another thing that organizations miss, that learning does need to be layered. It’s not so much about bite-sized, it’s that layering. Yes, small size is important, but it’s really about getting things in the right order as well and having just enough time with each bite.

How do you see social recognition being helpful in motivating and even in that learning process at companies?

The research on motivation is that the strongest motivations are all social. The brain is highly tuned and attuned to social threats and rewards, or social dangers and social opportunities. A reward, like a financial reward, is a little bit motivating. But when that financial reward is social, as well, and other people know about it, then it’s much more rewarding.

There have been various studies on this. Adding social to a reward mechanism is much, much more rewarding, and it literally activates the reward network a lot more.

I think reward is social reward. All the research points to that. And, we have to recognize that the best motivation programs tap into social because that’s the way the brain naturally thinks.

My last question for you is something we like to ask all of our WorkHuman speakers. What does a more human workplace mean to you?

Humans are animals in a sense. And obviously, we don’t think about the innate needs of the human animal. Essentially, human needs are much more than just food, shelter, water, and light.

We should be studying human needs in the way we would be studying a plant’s needs or animal’s needs, saying, “What are the optimum conditions?” There’s a lot of science in there. The idea, ironically, is not to dehumanize people through science, it’s really to understand what humans really need through science. I think the most human workplace respects the science of what makes us human, which is ironic. In order to be more human, we need to actually be more scientific about humanity.

There are a lot of things we would do differently if we really understood how the brain works. The simplest thing is to let people do their quiet work in the morning instead of scheduling meetings. Mornings are amazing for productivity. One simple thing, not that hard to understand from a brain perspective. But that one change can be hugely influential in an organization’s performance.

One of our goals is to make organizations more human through science. That’s a big part of what we’re up to at the NeuroLeadership Institute. Right now, it’s around better conversations in a performance practice, smarter teams, D&I practice, and real change in our leadership and change practice. And we’ve got insights in each of those to help organizations really accelerate through science.

“To be more human, we need to be more scientific about humanity” @davidrock101 #WorkHuman
Click To Tweet

If Neuroscientists Ruled the Workplace

The Mind of the Leader: How to Lead Yourself, Your People, and Your Organization for Extraordinary Results

Learn Your ‘Why’ from Simon Sinek at WorkHuman 2018 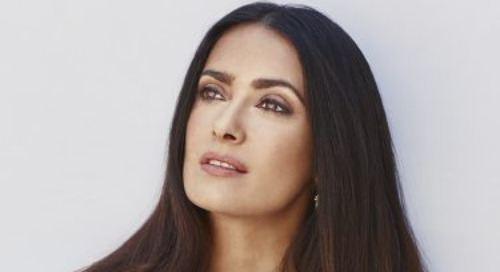 A prolific actress, producer, and director in both film and television, Salma Hayek Pinault is a fierce adv... 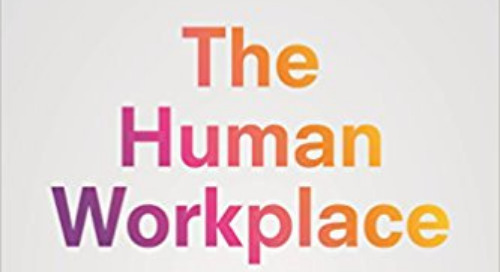 Why We Should Be Making Workplaces More Human

When people feel fully connected to a community and share in its goals, they are passionate advocates who c...