The Dangers of Employee Silence 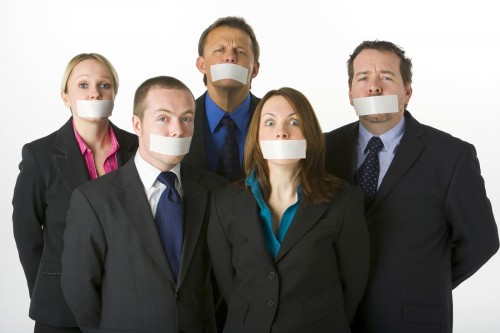 “No news is good news” is a common, fingers-crossed sentiment in many HR departments.

It isn’t that we aren’t open to hearing from employees. But often we spend so much time running around putting out fires that a little bit of silence can be truly golden. It means things are finally running smoothly.

According to an article published in the latest Annual Review of Organizational Psychology and Organizational Behavior—employee silence can sometimes be a sign of something much more ominous. Titled “Employee Voice and Silence,” the article says that many leaders assume that silence means the organization is running well and smoothly when the opposite may be true. In organizations where employees are not encouraged to share their feedback, culture and morale may actually be suffering. Silence, says author Elizabeth W. Morrison from the Stern School of Business at NYU, is often dysfunctional,

Morrison defines this as a problem of “employee voice.” “If voice is withheld within an organizational context,” she writes, “both performance and employee morale may suffer, so the consequences may be significant. In addition, there is evidence suggesting that voice is in fact stifled in many organizations and that employees are often very hesitant to engage in voice, particularly when the information could be viewed by the recipient as negative or threatening.”

Employee voice is defined as a willingness to speaking up speak up and offer suggestions, information, or opinions—in an informal way (as opposed to say, through a union.) Employee voice has been defined by organizational psychologists as a form of discretionary, or extra-role, behavior, and therefore implies a certain level of engagement. Employee silence, therefore, is when employees may have feedback or criticisms to share, but feel inhibited from offering them—and would seem by definition to imply a certain lack of engagement, or fear of consequences.

Here’s a chart from that paper showing the variables that can motivate or inhibit employees from speaking up: 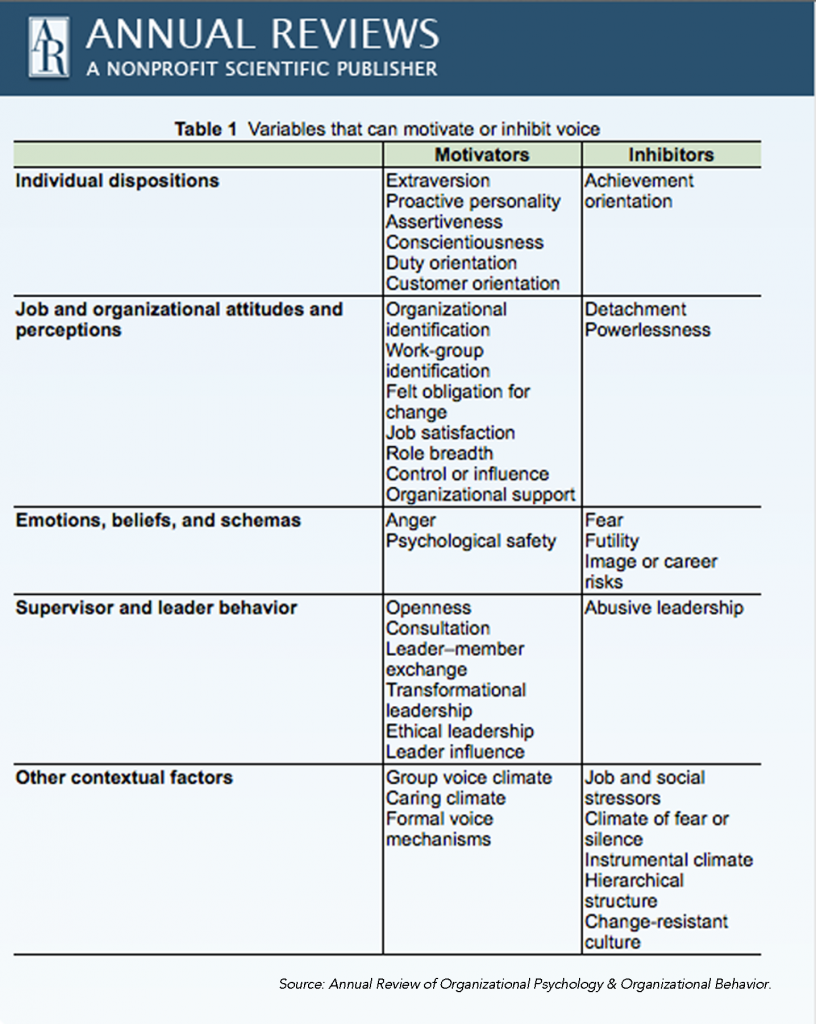 According to another 2000 article by Morrison and Frances Milliken in the Academy of Management Review, the consequences of employee silence can be damaging to decision-making and change processes, and can result in three destructive outcomes from employees:

What are you doing in your organization to encourage employee voices?