Which mode of positive feedback do you think is most powerful in influencing behavior… a face-to-face interaction, or the written word? Would it surprise you to know that the written word actually holds more power to affect how we think and act?

Words matter. Anthropologists tell us that our ability for complex reasoning evolved at the same time as humans developed language. That’s because language provides us with a sort of source code for advanced thought. Before we had it, we simply lacked the ability to THINK the way we do now.  You’ve likely witnessed this phenomenon for yourself if you have ever had small children in your life, watching their ability to think abstractly grow along with their ability to understand words.

Consider the words of blind and deaf author Helen Keller on the power of words to shape thought. Before she discovered words, she says, she was feral.  “For nearly six years I had no concepts whatever of nature or mind or death or God. I literally thought with my body. Without a single exception my memories of that time are tactual…. I know I was impelled like an animal to seek food and warmth…. There is not one spark of emotion and rational thought in these distinct yet corporal memories. I was like an unconscious clod of earth. Then, suddenly, I knew not how or where or when, my brain felt the impact of another mind, and I awoke to language, to knowledge of love, to the usual concepts of nature, of good and evil! I was actually lifted from nothingness to human life.” 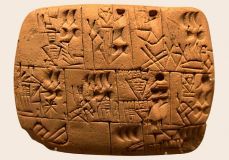 This was the transition we as humans made when we developed language. And this more complex thinking is what allowed us to avoid sabre-tooth tigers and survive as a species– but we had to wait another 50,000 years before language really came into its own and human society took off the way Helen is describing above. That’s because language alone did not give humans the ability to create functioning organizations. For that, we had to wait–as Helen did– for the written word.

Civilization, historians mostly agree,  began around 3,000 BCE, when the Sumerians (in what is modern day Iraq) invented the first written language. As influential as face-to-face interaction can be, it has been the written word that has driven our ability to advance ever since. The legal profession, commerce, education and modern government did not begin to evolve into their current forms until literacy became more common, and we began to write laws down and collect data in the twelfth century. And it was that high medieval period, in which the West evolved from an oral to a written culture, that drove the development of the modern world as we know it, today. 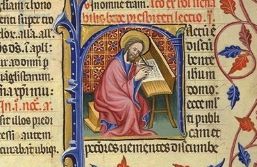 Why is writing so powerful? As one scholar puts it, “writing codifies speaking, thus turning words into objects of conscious reflection”. In other words, writing ideas makes them more concrete to us, and by mulling written words, we are better able to internalize and understand them, and to allow them to affect our behavior.

The influential historian Walter Ong explained it like this:

“Many of the features we have taken for granted in thought and expression in literature, philosophy and science, and even in oral discourse among literates, are not directly native to human existence as such but have come into being because of the resources which the technology of writing makes available to human consciousness.”

In other words, every major accomplishment our species has made has been powered by writing, because writing gives our brains the code to organize ideas and create systems for advancement.

It’s more than biological, though. Writing drives behavior partly because we attach such tremendous significance to writing. Writing has always legitimized and validated our ideas and actions. For the first few centuries of our literacy only scribes and priests were literate, and the written word was so powerful that just writing a word or rune on a piece of paper and burning it was thought to hold great magic. 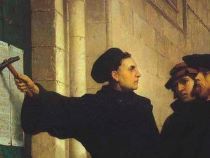 We’re still discovering ancient caches of written material (called a geniza) that were squirrelled away in underground storehouses centuries ago. So much importance was attached to the written holy words in those documents that they could not be destroyed.  Even today, in the strict Jewish tradition, one is not allowed to destroy anything that has the word “God” on it. (Which is why you might often see the word written as G-d in Jewish texts.)

And one of the reasons literacy survived the Dark Ages between the fall of Rome and the Middle Ages was because monks spent hours in silent meditation on the words of holy scripture. Christ himself, after all, is often called logos or The Word. 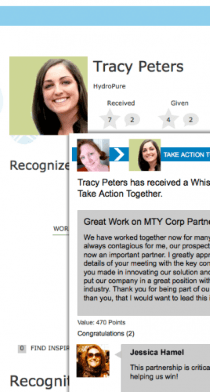 Both the ability to write and writing materials themselves were precious and rare for centuries, and the reverence we held for them gives them a lot of residual power even today.

Written words make us think. They make us change our behavior. They mean more to us because we are hard wired to take them seriously. So when we take the time to write them to one another in the form of recognition, we are taking part in an age old process. When we write out words of appreciation and recognition, we are codifying and legitimizing the behavior we see, and giving all of our employees the opportunity to reflect on it meaningfully. It pushes us, as writing always has, to the next level.

So yes, face-to-face interaction is good for communication. But if you want to really use positive feedback to encourage reflection and drive meaningful behavior, consider also writing that feedback down in words. It will make them matter all that much more.