Do you understand guanxi and mianzi? Do you know how recognition is unique in China? In our ongoing series on Recognizing across Cultures, we will discuss the cultural and business norms on a region by region basis and use our experience to give you some recommendations for making recognition relevant and powerful for your employees. 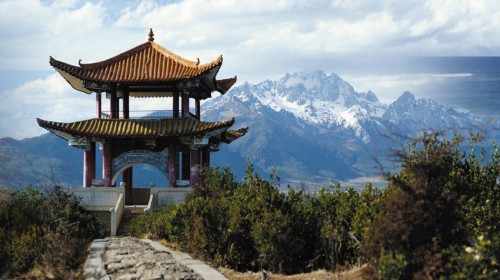 Mainland China, on the whole, tends to be a highly holistic and collectivist culture, where workers must understand the context of their work within the larger picture of shared group goals in order to be engaged. They are traditionally polychronic (though they are becoming incrementally more monochronic in more industrialized areas) and as a result need a considerable amount of time devoted to establishing relationships and a climate of trust, understanding, and cooperation. They do not see time as restrictive and tend to prioritize relationships over schedules.

Keeping in mind that China is a large country with many nuanced subcultures, and these generalizations can only ever be broad brushstrokes, here is how mainland China looks on the Molinsky framework for cultural variables: 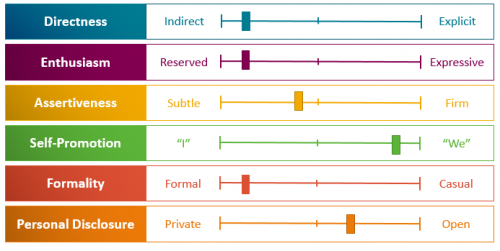 In general, Chinese culture greatly values tradition and looks to the past for validation and permission. Where both assertiveness and emotionalism were traditionally frowned upon, Chinese culture is becoming more and more assertive at higher levels.

At the same time, keep in mind that this is an extremely hierarchical culture with strong roots in formality–which means  individual employees still need to be encouraged to speak their minds. This reserve in Chinese culture may also seem to inhibit personal disclosure, but many studies show that the Chinese are as or more comfortable with personal disclosure than their American counterparts, and privacy is less of a concern than in other countries like Japan or Germany.

It might sound surprising, given its population of 1.3 billion, but China is in the throes of a serious war for talent. The problem is a shortage of both skilled and migrant labor in a labor force of 800 million. According to a 2014 Aon Hewitt survey, the country saw an 8.5% average salary growth increase and a 14.3% annual turnover increase in 2013, and the analyst Hays reports that 88.6% of employers in China feel high turnover has negatively impacted their business.

Development is becoming very important to Chinese workers. That same Aon Hewitt study cited above found that “Gen Ys will jump jobs in search of better learning and career-development opportunities in more creative environments.” Says the Wall Street Journal:, “An IBM [study] found that of employees who remained with the same company for one to five years, more than 80% cited career development as quite important. They also prize work-life balance and will run for the door if work pressure gets too much for them to handle.”

Engagement is slowly rising, but still very low in China—with only 6% of employees engaged, according to Gallup. (Compare that to the 20% engagement Gallup reports for the US workforce.) In light of this looming Chinese labor crisis, all of this presents a real opportunity for employers willing to differentiate their culture through things like recognition.

Chinese Business Culture in a Nutshell

To understand Chinese business culture, you must master two concepts: guanxi and mianzi.

It is also important to remember that at its heart, China is a Confucian society. Explains Dr. Lorraine Wearley from the Hudson Institute: “Confucianism, arguably the most influential philosophy which has permeated Chinese society since 500 BC, can be described by the following characteristics:  persistence, self-discipline, fatalism, humility, avoidance of shame; familial piety; respect for tradition, authority and social hierarchy; reciprocity of favors; subordination of one’s personal or private concerns; male dominance; duty; obligation; and valuing education.” These attributes, says Wearley, saturate Chinese business culture.

Why Recognition Matters in China

Recognition is a fundamental and necessary part of the Chinese work culture, and here at Globoforce we see high rates of eager adoption among our Chinese users. This comes as no surprise… in many ways, the Chinese are the original management experts, and have always recognized the importance of frequent feedback. After all, they invented performance management in the 3rd century!

When Hays recently surveyed Chinese workers, they found workers have a strong desire to be recognized. In fact, “recognition for a job well done” was the #2 thing that kept Chinese workers in their jobs. It was rated “extremely important” by 48.6% candidates, second only to “a clear career path.”

Because recognition offers Chinese employees a clear way to give and receive mianzi (face), it is a welcome tool for giving and receiving positive feedback that fits easily into Chinese culture.

So how can you recognize effectively in China? Here are a few pointers:

Does this resonate with your experiences in working in China and with Chinese employees? Do you have something to add to this assessment? We welcome all your input and experience to make this guide more substantive, so please share your own thoughts!