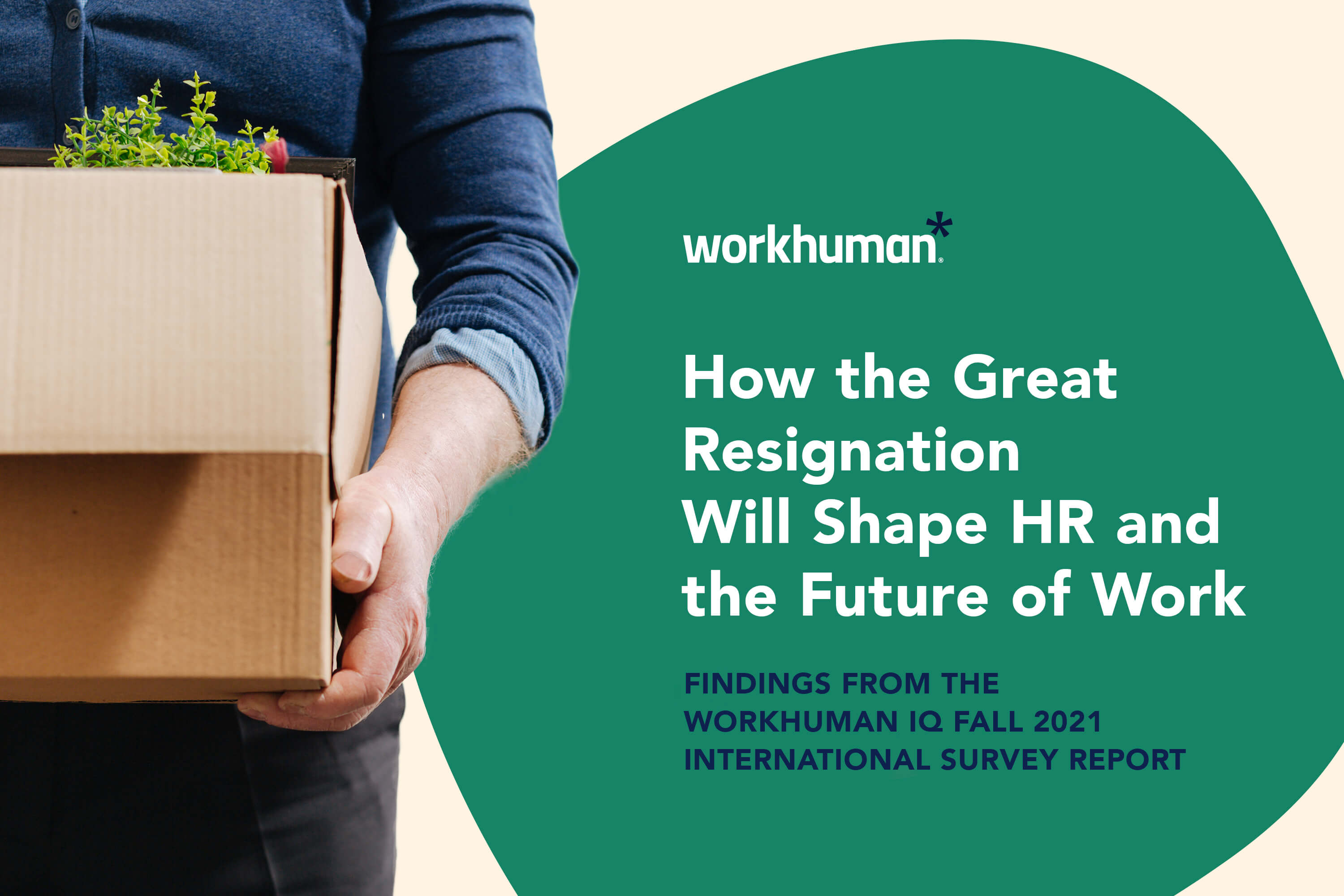 As companies begin to get back to a version of pre-pandemic business, they are being met with a palpable shift in power.

Their employees, after a year and a half of uncertainty, stress, burnout, and isolation, are now more certain than ever of what they will and won’t tolerate at work.

And right now, those employees are making it clear that if their companies can’t or won’t create a more human workplace, they are more than happy to look for an opportunity elsewhere.

Welcome to the Great Resignation.

In this survey, we polled more than 3,500 workers in the U.S., U.K., Ireland, and Canada on their connection to their jobs and companies and what’s on the horizon.

Our findings were in line with what’s made headlines through much of 2021. Nearly 4 in 10 said they’re planning to look for a job in the next 12 months, a projected voluntary turnover that could cost businesses around the world billions.

And while the stakes are high, the report also reveals simple, yet proven workplace practices that can help your organization thrive even amid uncertainty.

Here’s a look at some of the most intriguing findings:

Employees are stressed, they’re burnt out, and they’re demanding more of their employers. If your organization wants to mitigate that stress and the potential turnover it can lead to, practicing recognition, regularly checking in with employees, and cultivating a psychologically safe working environment will not only help steer the current of uncertainty now, but set you up for long-term success in building a business that people want to a be a part of.

Interested in learning more about what the Great Resignation means for the future of work? Check out the latest episode of the Workhuman podcast to find out.

Mike is the content marketing manager at Workhuman where he writes about the next era of the workplace. Outside the workplace, he’s an avid gardener, a frequent biker, a steadily improving chef, and a fantasy sports fanatic.