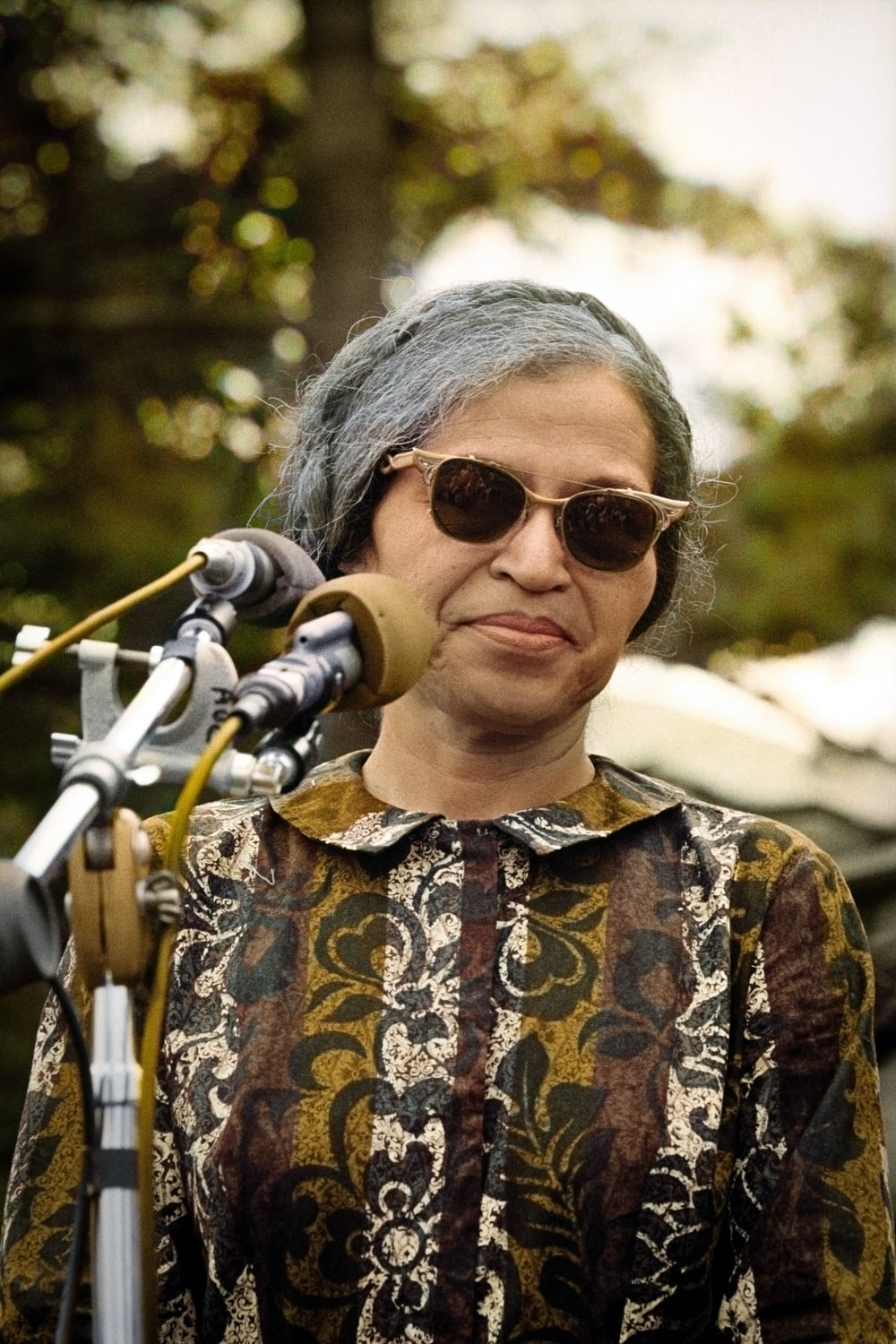 We all know Rosa Parks as the woman who refused to move to the back of the bus.

But if you’re like me, you may not know that the arc of her remarkable life spanned more than nine decades of struggles, adversities, and victories. Her story offers some important messages about diversity, inclusion, and workplace humanity that resonate powerfully in today’s charged climate.

In a compelling interview with Workhuman®, Susan Reyburn, senior writer and editor in the Library of Congress Publishing Office and author of “Rosa Parks: In Her Own Words,” chronicles Rosa Parks’ amazing journey from humble beginnings in the segregated South, to her international recognition as a champion of freedom and equality.

Early years in the South

It’s an understatement to say Rosa’s early life was one of hard work and poverty. Rosa’s family members were all farm workers and her father left the family when she was just two-and-a-half years old.

In her exhaustive review of Rosa Parks’ writings, Susan observed a recurring theme. “She uses the motif of being on a tightrope. Living in a segregated society, you were always on a tightrope, having to do mental and physical gymnastics to work around really difficult situations.”

Rosa saw early on “a difference in the way white children and white families were treated compared to Black families. And she talks about being a six-year-old, with the Ku Klux Klan raging through the area.”

Among the recollections Susan uncovered in Rosa’s materials: “She writes about sitting up all night with her grandfather who has a shotgun and has boarded up the house. And if any Ku Klux Klan man came in, he was going to open fire.”

Rosa’s first exposure to organized civil rights activism came through her husband, Raymond, whom she met in 1932. At the time, he was working on the defense in the landmark Scottsboro case – nine teenagers had been falsely accused of raping white women and sentenced to death.

She and her husband held secret meetings at their house with other activists, many of whom laid the groundwork for the modern civil rights movement. Together, they explored ways to overturn the convictions. It was during this time that Rosa began to learn about activism and organizing.

Her journey continued in the 1940s when she began working for E.D. Nixon, the president of the local NAACP chapter in Montgomery. And because he was also the head of the local branch of the Brotherhood of Sleeping Car Porters, she started to explore labor issues as well.

Through this work, Rosa Parks was helping make the working life of porters more human. “She’s coming into contact with a lot of people who work in unions. She speaks at their meetings. She participates in demonstrations. She attends sit-ins. She goes to rallies. From the time she’s a working adult, this becomes a part of her mission.”

Susan shares a Rosa Parks story that powerfully conveys the poignancy of racial discrimination. It was during a time when Rosa was working at Maxwell Air Force Base in Montgomery – an integrated facility. As Susan tells the story: “At the end of the work day, Rosa would get on a bus. And it would be an integrated bus. She would sit and chat with some of her white colleagues. They would get to the edge of the base, and Rosa would transfer onto the city bus. And now she has to sit at the back of the bus. Segregation has kicked in.”

Working at the base brought home the realization that it’s possible for Blacks and whites to work together. Yet this truth bumped up against the harsh reality of institutionalized segregation in Montgomery. As Susan observes, “She’s already become aware that it is possible for people to work together. But there are also a lot of people who don’t want that to happen.”

Taking her seat on the bus – and her place in history

The interesting thing about Rosa Parks’ bus ride is that she was seated in an area where anyone could sit. “She’s sort of in a no-man’s land. It was not for whites. It was not for Blacks. It was where anybody could sit. But once the seats began filling with whites, Black passengers were required to move back.”

Rather than move back, Rosa simply slid from the aisle to the window seat and declared she wasn’t leaving.

The timing of the incident proved to be fortuitous: “[Civil rights activist] Jo Ann Robinson in Montgomery had been planning a bus boycott for years, so they had already worked out some of the logistics. By the time Rosa comes along, they have a plan in place.”

Rosa appeared in court and was convicted of violating city law, and the Montgomery Bus Boycott began. “Black riders are nowhere to be found,” notes Susan. “In fact, most of the ridership were Black women who worked as domestics, and who were getting rides across town. That was a huge punch in the stomach for the bus company to lose possibly 70% of their riders.”

She adds: “The bus boycott begins the day [Rosa] is in court and convicted. And it lasts 381 days. But it isn’t the bus boycott alone that causes the city to eventually relent.”

Claudette Colvin and other women who had been arrested on buses had a lawsuit that was working its way up to the Supreme Court. In November 1956, the Court ruled that segregation on buses was illegal.

Despite the success of the bus boycott and court victories, the harsh reality was that Rosa was out of a job. But she kept working. “She’s always working – not just for Black rights, but for fair treatment for everybody. If it’s voting. If it’s at work. If it’s anywhere."

A break came when she started working for Congressman John Conyers. “She had campaigned for him and he credited her with ensuring his victory. That’s where she really gets involved in workplace issues.”

Rosa was hired as Conyers’ receptionist and office worker, but she also worked as a member of his social service committee. In this latter role, she circulated around town, gathering information the Congressman could use to help constituents – including issues centered around the workplace.

Susan notes that recognition of Rosa’s achievements finally came in the 1990s, coinciding with anniversaries of key moments in the civil rights struggle: the March on Washington, the March on Montgomery, the Montgomery Bus Boycott, and others. “The Black community, of course, has regarded her since the early 1960s as the ‘mother of the modern civil rights movement.’ But she starts showing up in textbooks. And suddenly there are Rosa Parks days.”

One recognition in particular stands out: “This [plaque] was from a federal prison camp. They made it themselves. She was always working on prisoner defense funds. Even in retirement and later in life, she is raising money.”

Perhaps the culmination of Rosa’s remarkable life came in the form of two prestigious awards: The Presidential Medal of Freedom, which she received from President Clinton in 1996, and the Congressional Gold Medal, which was awarded in 1999.

The latter award was particularly poignant because, as Susan recounts, “She’s there in the Capitol rotunda and approximately a thousand people are there. And sitting in the front row is Senator Strom Thurmond who, in 1957, set a record for the longest filibuster on the floor by protesting the 1957 Civil Rights Act.”

Looking ahead to the future

Susan points out that the struggle for equality may have begun with the Black community, but soon expanded to the women’s movement, gay liberation, rights for those with disabilities, and continues today with the transgender revolution.

Susan highlights a key fundamental unpinning of all these movements: “No one is asking for special rights. They’re simply asking for equal rights. And I think that was the case with Rosa Parks. Originally, her concerns were racial inequality. But as she goes through life, she becomes aware that there’s so much more work out there for her to do. And she does.”

As Rosa herself observed, “I don’t even have much time for a private life. I have so much to do.”

The Library of Congress exhibition, “Rosa Parks: In Her Own Words,” showcases rarely seen materials that offer an intimate view of Rosa Parks and documents her life and activism—creating a rich opportunity for viewers to discover new dimensions to their understanding of this seminal figure.

Recognition: The Bridge Between Diversity and Inclusion 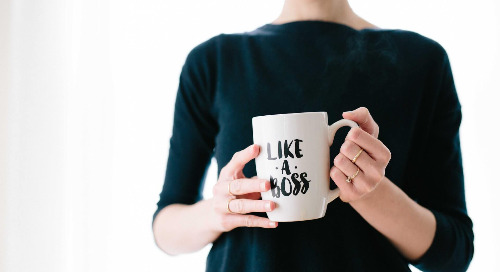 In 2022, the Great Resignation will only get greater. Find out how promoting internal mobility and boomeran... 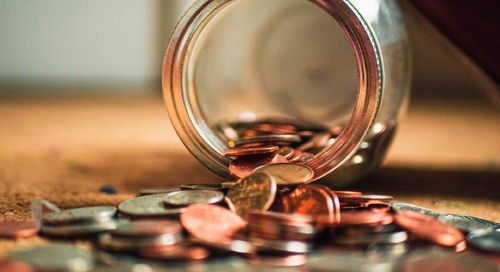 Back to Basics: What Are Employee Incentives?

Employee incentives are monetary or non-monetary (but still tangible) rewards designed to motivate and enga...