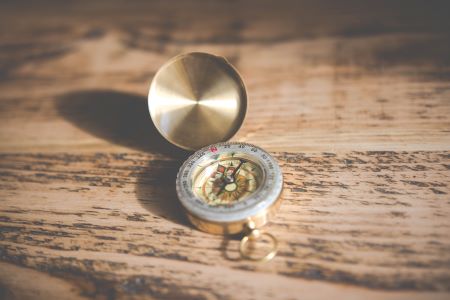 During the #MeToo panel session at Workhuman 2018, Tarana Burke, the founder of the #MeToo movement, shared that whenever she’s come upon a difficult decision or crossroads in her life, she’s been able to turn to “the well” of her values for guidance or direction. It’s those values that have remained constant for her while many other aspects of her career have been subject to change.

Burke’s not unique in that regard. All humans carry with them a set of values that guide them, whether those values are identified explicitly or just lived intuitively.

Of course, many organizations also have core values. They’re such an assumed must-have for organizations these days that it’s easy to forget that an organization’s core values only have power when – and to the extent that – the humans in and around the organization feel a connection to them.

How can you create the right conditions to foster connections between the people in your organization and your core values? Let’s look at three key ingredients:

1) Values need to be operationalized

Brené Brown asked the Workhuman audience, “How many of your organizations operationalize core values?” I only saw two hands go – Lauryn Sargent’s and mine.

Brené was illustrating how very few organizations deliberately create systems that ensure values are considered as part of important business processes and decision-making. Doing so thrusts core values into the day-to-day conversation.

2) Values need to be lived – starting at the top

In the Q&A breakout session following his keynote, Simon Sinek answered an audience member’s question, “How do you make core values more than just words on a wall?”

Leaders need to live an organization’s core values, even in (or especially in) the smallest of actions, or the values have no teeth.

3) Values need to be communicated

The last ingredient to fostering connections between people and values is to communicate the values effectively.

One powerful way to communicate values is to craft recognition programs where team members are recognized for behaviors that demonstrate an organization’s core values. (This type of recognition program is also the most impactful and strategic, according to HR leaders.)

Another way to communicate core values is to ask team members to tell stories that embody the organization’s values. For example, one storyteller we spoke with had just moved to a new city for a job when she found out that she would need to undergo a risky surgery. Not having any family in her new town, she was scared. When she woke up from surgery, her manager was sitting at her bedside, and then when she woke up again later, another teammate was there with her. “Love” is not just a word on a wall at this company, but rather a value that people live and connect with.

Core values are a common ground between a person and an organization, so it was no surprise that the topic of values came up several times at Workhuman, a conference and movement that “celebrates breakthrough organizations building human-centric workplaces where employees achieve their fullest potential.” The organizations that foster connections between humans and values will break through with the most force.

Scott Thompson is a co-founder and partner at Stories Incorporated, a recruitment marketing content studio, where he leads the project team as it uncovers stories and creates engaging digital content to support employer brands. 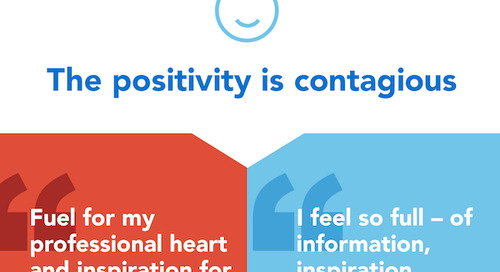 [Infographic] The Humans Have Spoken.

From networking to actionable takeaways, check out our infographic to see all the reasons why your peers lo... 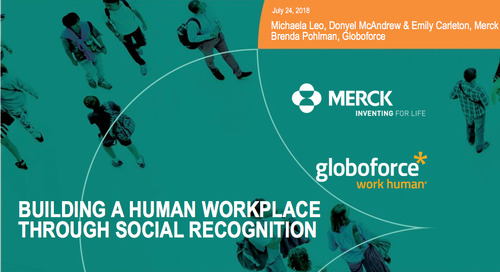 You're Invited: How to Build a Human Workplace Through Recognition

Leaders from Merck’s compensation, HR operations, and global solutions teams will share their journey to cr...