Home » Workhuman Blog » Are You Window Gazing or Mirror Holding?
× Share this Article

Are You Window Gazing or Mirror Holding? 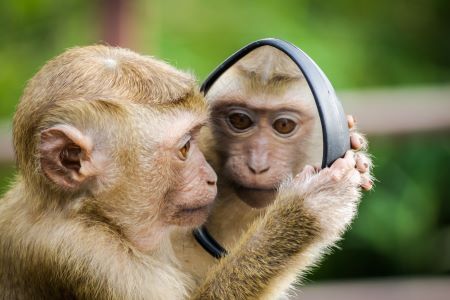 Getting others to accept our feedback can be challenging, especially when we have tough news to share. Deep inside the human mind, negative feedback can cause others to become defensive, angry, and self-conscious. It can weaken their overall effectiveness at work. And it can even drive them to seek out others who affirm, rather than challenge, their positive self-view.

Throw in a host of delivery problems – lack of frequency, rater bias, and high-stakes settings – and it’s no wonder why managers either dodge feedback altogether or disguise it as “praise sandwiches” that end up doing more harm than good. The result is a feedback culture built largely around evasion, deception, and, worst of all, fear.

From my work with leadership teams, it’s clear that performance management cannot simply be corrected with better messaging. It needs to be replaced with a different mindset.

How can managers help their employees improve? By shifting their approach from “window gazing” to “mirror holding.” Knowing the difference can transform the dynamics of performance management, not to mention your own relationship with employees – leading to greater authenticity, self-awareness, and even joy.

Window gazing: telling others what you see

As the name suggests, "window gazing" is a process of see-and-tell. Imagine two people standing beside the same window, gazing out at the same landscape. Ask them to describe what they see, and they’ll tell you two different renditions. Of course, both can be right: Even if they hold different vantage points, their views still hold equal weight.

But what if they aren’t equals at all? What if there’s a power imbalance in their relationship, like the kind that exists between boss and employee? When those views collide, it’s likely that only one will prevail: the one who holds the power, and with it, the “right” perspective.

This is an all-too-common problem with performance conversations. Managers who do a lot of window gazing offer a view that’s extremely limited and lopsided. They, not their employees, are the ones who decide where to look and what to see. Because their field of view is constrained – omitting details that neither they nor their employees can easily recall – managers often lose sight of the larger landscape.

As a result, feedback formed by window gazing ends up being highly particular but severely myopic. It comes across as judgmental and picky. And because we’re prone to quickly forget what we learn, window gazing is an unreliable measure of performance, since it accounts only for what the person giving feedback can remember.

And yet window gazing remains the default setting of many managers. They approach performance management as a series of prescriptions – what to keep, what to change – based on an understanding they’ve created mostly by themselves, without much input or insight from their employees. Why should we be surprised when people treat this feedback loop with disdain and distrust?

Mirror holding: Helping others see for themselves

The good news is that by adopting a different mindset toward performance conversations, we can change their tone and trajectory. Instead of telling others what to see, we can use our role as feedback providers to help others see more clearly for themselves. I call it “mirror holding.”

Mirror holding is the conscious act of making your view smaller to allow someone else’s view to become larger. As the one holding the mirror, there’s not much to look at – all you can see is the mirror’s opaque backside. The real view belongs to whomever is sitting across from you. The closer they look, the clearer the image staring right back at them.

Unlike traditional sit-downs between managers and employees, this approach places a strong emphasis on development and coaching, not just ratings and critique. Mirror holding produces two-way conversations that are directed by managers but ultimately controlled by employees. They are the ones who decide what’s seen and shared. They are given the opportunity to exercise greater voice and choice in how the conversation unfolds.

But make no mistake: Mirror holding does not diminish the role of managers. In fact, it gives them greater opportunity to make a positive difference in the lives of their employees. Instead of acting with power, managers approach as partners – listening, prompting, and coaching their employees to define and describe their past performance and future priorities. Their job, quite simply, is to hold the mirror long enough for others to recognize what it is they’re seeing – and then take the steps to bring that image to life.

Simply put, window gazing takes in a view that cannot be changed. Mirror holding produces a view that still can.

Making the transition from window gazing to mirror holding takes deliberate practice, but it’s something every leader can do with the right amount of effort and intent. Based on my TEDx talk and experience guiding leadership teams, here are practical tips to help leaders start holding  the mirror:

Questions should be non-leading and simply worded. “Tell me about a time this quarter you felt energized” or “What helped you do your best work?” are good openers. And then let the conversation flow from there. When feedback becomes a two-way exchange, both sides end up learning more about the other.

As a mirror holder, it’s your job to be a first-class “noticer.” Staying attuned to verbal and non-verbal cues of others is how you’ll help them discover things about themselves that may be obvious to everyone else but them.

But unlike the forced format of a traditional appraisal, it’s up to the individual to decide which path to take. All a manager did can do is mark the trailhead and shape the path. Ultimately, people change what they feel they can control – and by providing others with greater voice and choice in how feedback is sized and scoped, managers increase the likelihood that people will act on the information that is reflected back at them.

The best feedback helps others understand their strengths and provides the encouragement and guidance to build on those strengths. Mirror holders set the conditions for positive and lasting change. Making that small adjustment in your mindset can produce a world of difference in your message – and just might help others see themselves in an entirely new way.

(Joe will present a session entitled “FeedFORWARD, Not Feedback: The Power of Performance Partnerships” at WorkHuman 19, in Nashville, March 18-21.) 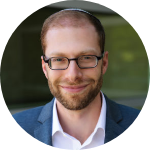 Joe Hirsch is a TEDx and keynote speaker, Inc. columnist, and author of "The Feedback Fix." 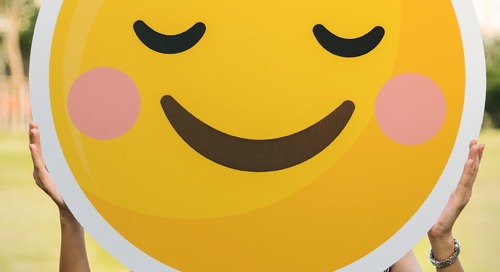 Motivation is an Inside Job

If we want to cultivate thriving organizations, we need to understand what really matters to people: We all... 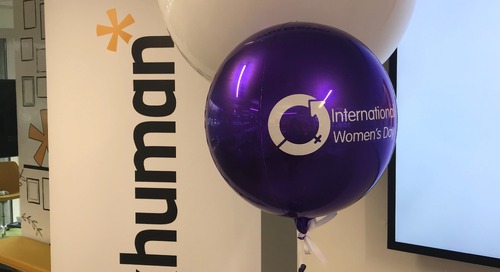 Balance is a verb, not a noun - a constant work in progress evaluating your recruiting, development, and co...