In HR we often rely on common sense. But there is a dark side to common sense that HR needs to stay aware of. Sometimes our instincts will steer us the wrong way. Behavioral psychologists call this “cognitive bias”. It will affect perceptions, it will affect objectivity and it will affect relationships—in both positive and negative ways. That makes it very relevant to culture management and to you.

Cognitive biases are something most of us cannot avoid. But once you know how to spot them, you can see them all around you. They are the instinctive leaps our minds make—our gut reactions and things we “know”, though we’re not sure how we know them. Scientists believe they are a relic of evolution:  little shortcuts programmed into our minds to help us process faster. But they sometimes lead us just as quickly to the wrong conclusions.

Here’s an example: Under the “Halo Effect” bias, we tend to lump together positive qualities, and assume where one attractive quality exists, others also exist. This is why we often assume that attractive people are also more talented, more competent, or more cooperative than their less attractive counterparts. This bias is why, regardless of qualifications, better looking people are hired more often.

This little bit of everyday irrationality—caused by patterns in our memory, our need to rationalize what we see, and the human desire to build patterns out of information—is a sort of shorthand of the brain that distorts reality and causes flaws in our judgment.

Here are eight common cognitive biases you might want to look out for in your organization:

People tend to go along with what other members of a group are doing. (Also known as the Herd Mentality.)

What it means to you: If you can get the “herd” going in the right way, or give the perception that it is moving that way by gaining influential champions for your projects, you have a better chance of gaining participation throughout your organization.

When presented with two similar rewards, people show a preference for the one that arrives sooner rather than later. (To test this, ask around your office whether people would prefer $50 now or $75 a year from now—or how about $100 five years from now? Studies have shown that overwhelmingly people will take the money now, because they perceive a greater value.) People—and indeed animals—have been proven to discount the value of a later reward by a factor that increases with the length of the delay.

What it means to you: When providing recognition and rewards that you wish to make a strong impact, be sure to deliver those awards quickly, so that they are in hand while their impact is strongest—as close as possible to the event that inspired them.

People naturally polarize into groups. This bias means people tend to view “their” group as better, while outsiders are collectively viewed as inferior.

What it means to you: To avoid the negativity, competition and roadblocks associated with polarization, do what you can to homogenize, tear down silos and make your company feel like it is one big group, not a collection of fiefdoms or opposing teams.

People tend to ignore information which does not fit with their beliefs while they weigh agreeable information more heavily.

What it means to you: This is a great bias to remember when performance review time rolls around. Managers will be creating evaluations that fit with their beliefs about employees, and possibly discarding critical information. Make sure you provide managers with as much diverse, crowdsourced data about employee performance as possible, to avoid a single point of failure around this bias.

People tend to develop a preference for things merely because they are familiar with them.

What it means to you: By increasing frequency of exposure to a concept within your organization, you will have a better chance of increasing acceptance and even preference for that concept. For example, repeated exposure to company values can help to ingrain those values in the hearts and minds of employees.

People pay more attention to and give more weight to negative rather than positive experiences and information.

What it means to you: This bias is why the “feedback sandwich” has grown in popularity. While sandwiching criticism within praise is somewhat controversial, there is no doubt that increased positive interactions within your organization can help counteract this powerful and morale-killing bias.

People will defend and prefer the status quo, seeing it as better, more legitimate, and more desirable than new alternatives.

What it means to you: This bias intensifies when a system is under threat and explains why change often comes hard within organizations. People have a cognitive bias that prefers the system they already have. Sensitivity to this bias when implementing change is critical. Be sure you account for this natural resistance, give employees a chance to air their concerns, and offer assurance and strong evidence to support planned changes in your organization.

Information is better recalled if exposure to it is repeated over a longer span of time, rather than occurring only once or grouped together in time.

What it means to you: This means that your initiatives should be focused on long-term, iterative campaigns and programs to induce change, with many “touches” to encourage learning and information retention, rather than one-time, “big-bang” events, awards or announcements. 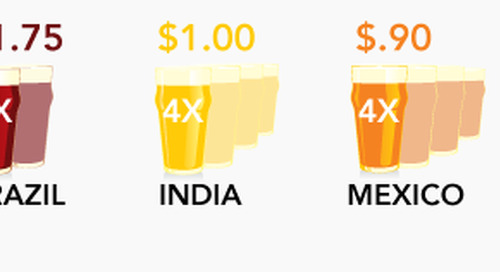 The Price of Beer in China: Is that Award Worth What You Think it is Worth?

How do you make awards equitable throughout the world when the value of the dollar is so varied? We discuss... 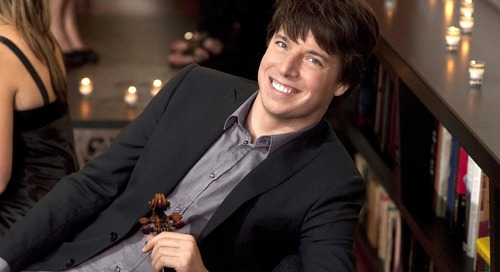 When Joshua Bell, a world-renowned violinist, can play unnoticed in a subway station, what does that tell u...