What Neuroscience Can Teach Us About Diversity and Unconscious Bias 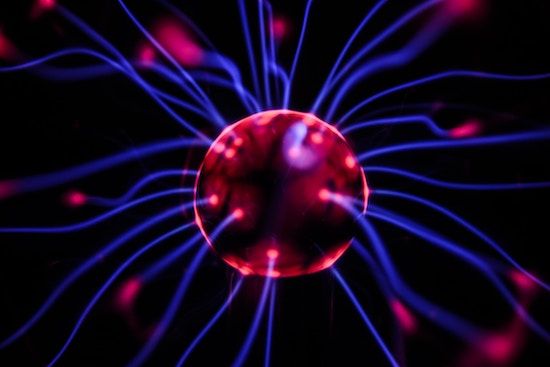 Unconscious bias is both scientifically undeniable and neurologically unstoppable. Bias – whether it’s about race, gender, or anything else – has devastating effects on employers’ efforts to promote diversity and inclusion. And many training programs that aim to change the destructive behaviors triggered by bias will fall short, and may even backfire, experts say.

Yet, there is hope. Diversity training can help some people some of the time, by educating – in a positive tone – those who are motivated to change their behavior. And although there are limitations to humans’ ability to change their nature, employers can augment anti-bias training with organizational structures and processes that build diversity and inclusion.

For anyone who is not convinced of the power of unconscious bias, there is abundant evidence in business and in neuroscience (see, for example, this research metastudy in the journal Nature Neuroscience). This form of bias compels each of us to divide humans into stark categories, typically: “like me” (and probably harmless) and “not like me” (and a potential threat). As a species, homo sapiens have outgrown the prehistoric survival value of this mental reflex – but our brains are still wired this way.

And we each bring those ancient neurological circuits to work every day. Workhuman® collects data on peer rewards given through its Social Recognition® solution, and the results are striking. For example, “minorities receive fewer awards than whites,” said CEO Eric Mosley in his keynote speech at Workhuman® Live 2019. “You’re wired to think a certain way.”

Workhuman’s data on peer recognition awards shows that women receive a greater number of awards – but only 88% of the award dollar value compared to men. Reward amounts are also biased by race and ethnicity. Hispanic people receive only 76% as many dollars as whites, while black people receive 83% and people of Asian origin get 89%.

How unconscious bias affects our thinking and behavior

“By the time we’re consciously aware of the categorizations we make – young, old, female, male, Chinese, black – our brain has absorbed that information and sent it through the amygdala to the fight or flight challenge,” says Tomas Chamorro-Premuzik, Ph.D., a professor of business psychology at University College London and Columbia University, and co-founder of Deeper Signals and Metaprofiling.

So, the bad news is that the brain is structured to very speedily and unconsciously characterize a newly encountered person as friend or foe, according to Lynda Shaw, Ph.D., a cognitive neuroscientist, business psychologist, and fellow of the Royal Society of Medicine.

The good news is that the brain has the plasticity to restructure and change a person’s behavior, Lynda says. “This means that by working in an environment of inclusion, we become more inclusive,” she wrote in Personnel Today. “We cannot simply decide to get rid of bias. But we can raise awareness and learn what to do about it.”

In an interview with Workhuman, she elaborated that an individual’s first impressions of people are based on all the perceptions they have accumulated since birth, plus environment and social upbringing. “The best thing we can do is teach people how this comes about and teach them to be aware when they’re experiencing unconscious bias.”

The limitations of unconscious bias training for diversity and inclusion

Developing self-awareness of bias is dauntingly difficult, and such awareness is just the beginning of the process of improving diversity and inclusion.

The first problem with unconscious bias training is that “it assumes that everyone is amenable to changing their attitudes, but most people are likely to be comfortable with the biased views they have developed over their lifetime,” says Mike Noon, Ph.D., dean for the School of Business and Management at Queen Mary University of London. The second problem is that “unconscious bias training assumes that influencing attitudes will influence behavior,” which may not be the case. “The third problem is the general assumption that the solution to discrimination and disadvantage lies in changing the actions of individuals, rather than reforming the processes and structures of the organization.”

When voluntary diversity training that emphasizes the positives of D&I does work, it may be in part because the program avoids backlash against being told what not to do.

What to expect from anti-bias training

Lynda says that a pair of tactics for D&I training are among those most likely to succeed. “We have to come at it two ways: by helping people understand why their brain does what it does, and by providing checklists about what can happen.

Tomas emphasizes the importance of realistic training goals. “Giving examples in training of microaggressions, biases, and triggers is OK – if we’re realistic, if we aim just to change behaviors,” he says. “Don’t aim to actually change beliefs, because you can’t. People will always have access to their ingrained stereotypes,” and the brain invokes these automatically

It’s also critical to establish the context for training, and to follow up as everyone goes about their daily business. “Give people permission to show each other when they’re demonstrating bias,” says Lynda. “You’ve got to be careful that everyone agrees on this and looks after each other’s back.

D&I strategies that recognize the limits of anti-bias trainin

How can an organization keep improving its diversity and inclusion, given the neurological limits for behavior change?

“I have really limited faith in the ability of humans to unlearn biases, and that’s where technology presents a really good opportunity,” says Tomas. “AI and machine learning can quickly learn to ignore minority status, gender, age, and so on.”

Artificial intelligence, though it brings its own complications, does offer opportunities to take substantial steps forward. AI applications to improve D&I can range from using algorithms to boost the diversity of candidate pools, to providing managers and staff with a language-analysis tool that highlights potentially biased attitudes behind statements about employee performance.

Lynda agrees with this approach of monitoring and even overriding our most divisive, all-too-human biases. This could mean, for example, developing an inclusion initiative that mandates that each attendee of a meeting is explicitly granted an equal opportunity to speak.

But take note – these strategies will likely fail unless leadership conveys the urgency of pushing forward with diversity and inclusion – not just checking the box labeled “diversity training.”

As the authors of the Nature Neuroscience article write, “If good people who intend well act in a manner inconsistent with their own standards of egalitarianism because of the racial groups to which ‘the other’ belongs, then the question of change takes on new and urgent meaning.”