The Future of Total Rewards: Exclusive Interview With Peter Newhouse 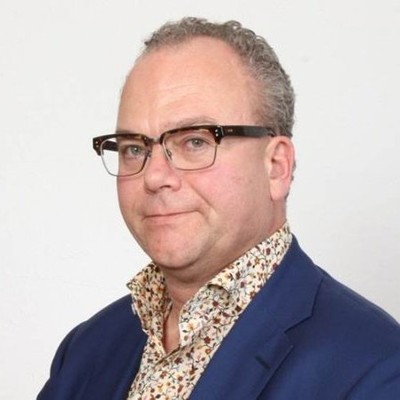 Traditional total rewards – grounded in base pay and annual bonus – are at a crossroads. What kind of innovations can we expect, and why have they taken so long? What steps can companies take to modernize pay?

We spoke with Peter Newhouse, global head of reward at Unilever, and one of the world’s foremost experts on pay, about the future of total rewards and how to get there.

Workhuman: What does total rewards look like in 2025? Do you see a shift toward an emphasis on personalized pay, crowdsourced pay, or something else?

Peter: When we look back at the current day from the future, we’ll be surprised at how inflexible we were with pay. I think we’d be slightly embarrassed by some of the things we currently do with pay. The thing I would specifically point out is that pay, or reward, is a consumer item. We’re all consumers of reward, but we don’t treat it like a consumer product.

The biggest missing piece in reward is feedback – and there’s been very little. At Unilever, if we’d put something on the shelf for people to buy and hadn’t done any research or asked for feedback, we’d be asking for trouble. You need some kind of feedback mechanism when you’re designing a consumer product, and when it comes to pay and rewards, we really don’t do that at all. In hindsight, looking back from the future, this will look astonishing. People will be amazed that we did that for so long and got away with it.

Workhuman: Why do you think it has taken so long for this thinking to emerge?

Peter: It’s a bit like the Oliver Twist story from [Charles] Dickens, that people should be grateful for what they receive, so when the employer hands out rewards, the employee should be grateful and take it without question. The idea of questioning what you’re paid is really not encouraged. So, we don’t really want to listen to feedback.

We’ve done some interesting research at Unilever around feedback, so we do have a total rewards statement system which is always on and encourages people to give feedback. There are some interesting patterns in the feedback. For example, the people most satisfied with their package are typically male, more mature, with long service, in senior positions. And the people who are least happy or satisfied with their pay are females in part-time jobs with not much tenure, in junior positions.

Workhuman: Why is this?

Peter: I think this demonstrates that the design of pay lags the reality of company demographics. There’s a big lag in the way that people, typically senior management, commission payment systems – they are not based on evidence of motivational impact. These systems are designed in their own image and the sorts of things that worked for them are often those kinds of things they encourage for the future.

Workhuman: What are some of the reasons restructuring pay is taking so long?

Workhuman: Would you agree that the annual review is archaic, as opposed to continuous, real-time feedback to accurately assess performance?

Peter: When I go to conferences, I like to ask, ‘Do you think your performance management system actually motivates people?’ Most respondents say, ‘No, it doesn’t.’ And yet we do it. So, I think we’re trapped in a performance management approach, which we all know is not working. Yet people pick themselves up at the end of that process and get on with it despite the system, not because of it. The performance management system is by no stretch of the imagination inspiring or motivating in any way, and yet we’re stuck with it and we find it difficult to understand how we could do things differently.

Workhuman: What are some of your recommendations for companies to rethink how performance management is set up traditionally?

Peter: The key is to recognize that we are running a sort of monopoly, and that people don’t have any choice. Companies say, ‘This is the way I’m going to do it; this is the payment system I’m operating; this is the way this works, and you have to comply with that process.’ The key is to loosen that up, to give people more choice, because people will only choose things that make sense for them personally. So, we need to add feedback and choice. With feedback and choice, you increase the quality of what we’re offering people because it’s more personalized for them.

Workhuman: Do you see companies moving to a menu of benefits that employees could configure themselves?

Peter: The menu of choice needs to go to the entire package. You can attach various ratios to that choice to make it attractive to people. So, for example, if I choose to take a high proportion of fixed pay from my set amount, then I should have a discount, because I’m trading off certainty. That makes sense. If, on the other hand, I’m prepared to take a risk, then I should have some kind of a premium because I’m trading off uncertainty. But then that really should enable me to tailor the way I get paid, for my own circumstances.

In the area of benefits, because a lot of companies feel they are good employers, they have some core benefits that are non-negotiable. So, for example, you must have a medical cover, and you must have life insurance, because if you didn’t have it then we would feel we’ve done something wrong. But if I’ve got a partner, who also has full family medical cover, then one of those covers is completely wasted. And if I don’t have any choice about whether I take it or not, that’s money down the drain, so I’m actually wasting money by not giving people choice.

And I think I must treat people with a sort of maturity that I would assign to them in any other walk of life. Even when it comes to rewards, why do I treat them as if they are incapable of making a sensible choice when it comes to the money they earn? And I certainly don’t ascribe that level of incompetence to them in any other respect. So why would I do it in terms of their payment

Workhuman: Do you think giving employees a choice in how they are compensated would help with retention?

Peter: I believe so. When you have bumps in lifestyle, you must make adjustments. If the bumps are significant enough, you start to look around for another job because you need to earn more money. Most people are happy working in a decent job for a decent employer for an extended period of time. But if they run into problems, then they need to look around and choose something different. Now if they could reconfigure their pay themselves, they could get over a lot of those bumps in the road without necessarily needing to feel that they now need to get another job with another employer where the balance of the package is more suited to themselves.

Workhuman: Do you see peer-to-peer recognition playing a role in the new way of thinking about total rewards?

Peter: Yes, I do. But I’d like to pull it apart a little bit. The traditional annual bonus plan is too long-term to have any real impact on motivation. And I think the research [Workhuman®] has done is very compelling. It shows quite clearly that people are genuinely motivated by short-term recognition. People respond to short-term recognition, and a larger number of smaller value incentive payments have a much greater motivational impact than one large annual bonus payment. I think that’s absolutely clear. There’s a really good space in the package for more money spent on recognition. That seems to me to be sensible.

I’m quite intrigued by the idea of attaching that to some sort of a long-term perspective, not just short term. So, for example, why wouldn’t I give recognition in the form of shares in the company rather than cash? Now if I could sell those shares quickly, then it’s equivalent to a cash recognition award. On the other hand, if I keep those shares for a period of time, why shouldn’t there be a multiplier which makes that award more valuable? So, if I keep those shares for a year, then I might get an uplift of 20%, 25%. If I keep them for two years, I might get an uplift of 30%, 40%, 50%, and so on. This would encourage people to stay with their investment in the company over the long term. Then I’ve really welded together a short-term recognition plan with a long-term incentive. And I think that’s quite appealing and the kind of combination that makes sense to me.

Workhuman: Which industries will lead the charge? Do you see specific verticals that are ahead of the game, and why?

Workhuman: We started out talking about where you see things in 2025 and I thought your response was interesting about looking back and being embarrassed with the way total rewards were set up traditionally. Do you see the innovations you’ve mentioned happening quickly, or are we looking at another decade or beyond for change?

Peter: It’s quite possible that a seismic shift is coming quickly because of this new organizational principle involved in agile ways of working. If companies genuinely embrace agile ways of working and have more empowered, self-managed teams, then there’s no question that the hierarchical approach to pay is under challenge.

The hierarchical approach to pay with traditional performance management doesn’t work in a context of having multiskilled, agile teams. It’s a contradiction. If we genuinely move more firmly toward agile ways of working, reward has got to change. And it’s going to change quickly, because once the business has an imperative that’s different to the reward mantra, then the reward mantra’s going to change, no question.

There’s massive inertia because many of the things that go on in pay have been going on for decades, not just for a few years. Part of the reason for that is an absence of leadership among reward professionals. Reward professionals can be technically proficient, but not very emotionally intelligent and empathic in terms of what really turns other people on.

Workhuman: Does organizational restructuring come into play to influence change?

Peter: HR integration is going to increase greater and faster change. We’ve talked about HR integration for a long time and have not done it. The Ulrich Model of centers of excellence are basically still in their own silos. But there’s a much firmer movement toward integrated HR; and the more we integrate HR, the less likely reward can be controlled by people who are technically proficient but don’t understand much about human nature.

The biggest driver is financial. As companies need to do more with less, they need to do things differently. By collapsing the old silos, we can be more efficient. And that means giving people responsibility across a wider area, with more empowerment and the ability to change things. So, reward management enters into the hands of people who aren’t necessarily reward specialists, and that’s a good thing.

Time to Get Real with Rewards 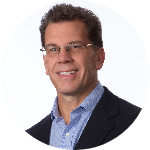