The Bombas Story: Changing the World, One Sock at a Time 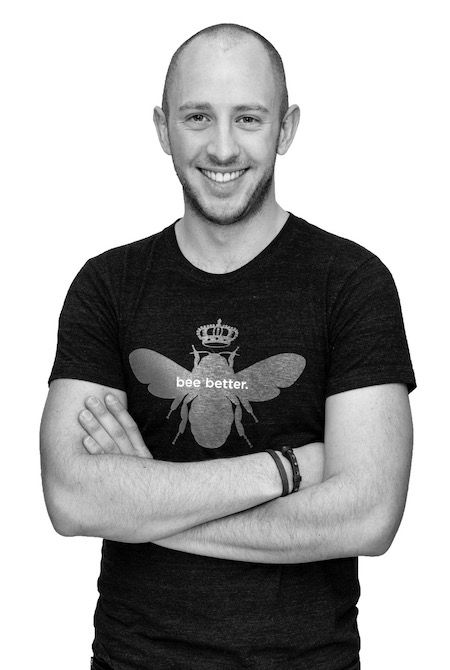 “I didn’t grow up wanting to start a sock company,” says David Heath, CEO and co-founder of Bombas. In an inspiring interview with Workhuman® CHRO Steve Pemberton, the head of the innovative sock company reflected on his entrepreneurial roots and longtime desire to run his own company. “I walk around the world with my antenna up and my eyes open, just looking for problems to solve,” he notes. “And of course, you always find things in the most unlikely scenarios.”

While scrolling on Facebook in 2011, David came across a post that identified socks as the most requested clothing item in homeless shelters. “Something that I have never spent more than a few seconds thinking about turns out to be a luxury for almost 600,000 people here in the U.S. alone,” he noted. “And millions more worldwide.”

And while the realization didn’t immediately translate into a business, he “just couldn’t shake it.” It was when he learned how companies like TOMS shoes and Warby Parker eyeglasses were donating their product to charity that his “aha” moment came. “I said to myself, ‘I wonder if we could solve this problem in the homeless community by donating a pair of socks for every pair we sold. And if we need to donate a lot of socks, we need to sell a lot of socks. And to sell a lot of socks, we’ve got to create the best socks in the history of feet.’”

Thus began the story of how a company whose genesis is rooted in a mission – rather than just the bottom line – can not only succeed, but flourish. And how this same commitment to making the world a more human place can be a force for racial and social justice. As Steve observes, “Most entities go about it the other way. They find and create value in the marketplace, and then they find the cause, the altruism. You began with a desire to do good. And to do good, you had to do well from a business perspective.”

David pointed out the word “Bombas” is derived from the Latin word for bumblebee. “Bees are altruistic animals,” he notes. “They work together as a hive to make their world a better place.” He noted that he, co-founder Randy Goldberg, and employees also donate something just as valuable – their precious time. Each employee is given 10 pairs of socks on their first day and encouraged to pass them out. Likewise, in the days before the pandemic, the company offered 10-15 different volunteer opportunities each month.

The intersection of homeless and racial inequity

“Homelessness is a collision of many different things,” notes Steve. “It becomes a social issue for all of us – as does the issue of racism.” With that as a backdrop, how does David view the current protests and social unrest?

“I don’t shy away from the fact that my life has benefitted from the fact I’m white,” says David. “And that’s a big part of this movement. As we were growing this company, we started to really focus on diversity, equity, and inclusion.

“We’ve always said that we’re a brand that’s focused on supporting the homeless community – a community whose voice is often silenced. Our mission really hasn’t changed as we now shift toward bringing more focus to all underrepresented groups – particularly Black Americans and people of color.”

David points to statistics that show 40% of the homeless population are Black Americans, compared to just 13% of the general population. In this way, racial injustice and inequity become merged and infused into his company’s mission. “If we don’t stand with the Black community and partners – everybody who stands against inequity and racism – then we’re not standing with the mission that we were founded on.”

For David, it all starts with “Be Better” – one of his company’s core values. It’s knitted on the inside of each sock and serves as a reminder that he and his company can always strive to do more. “That requires us to take a hard look at our own hiring practices, our own organizational makeup, our own unconscious biases, and explore how we can impact – not only our internal culture – but mandate that the partners we work with hold the same values when it comes to diversity, equity, and inclusion.”

This time, it feels different

“Some of the hesitation that you see often coming from the Black community … we know full well that we have had moments like this before,” notes Steve. “There was Ferguson. And many of us grew up with pictures of parents and grandparents in the middle of marches and protests. And here, you have a generation doing it once again.”

But from his vantage point as a Black American, Steve senses there may be something different about this moment in history. “When you talk to elders in the Black community, they will tell you that when they were marching against segregation, they never saw this kind of response from white America. Never saw this many people on the streets. Never saw the willingness to confront their own biases. And never saw a willingness to acknowledge: ‘Yes, we have had a privilege.’”

‘Altruism is not unique to any one generation’

Steve cites the distinction between privilege and entitlement. “Entitlement has a more devastating impact. It’s when individuals feel they have a right to something by virtue of their station in life. That’s a more dangerous element. And that’s some of what we’ve seen. But I think there’s a generation here that’s just not going to have it.” As he sees it, the current generation is ready to “do the grinding that’s necessary.”

At the same time, David points out that – based on customer surveys – support for Bombas and its mission is not limited to its Gen Z customer base. In fact, “it’s almost unanimously spread evenly across every single demographic, every single geographic region. Altruism is not unique to any one generation. Whether it’s spiritual enlightenment or racial enlightenment, I’m feeling pretty hopeful about where things are at.”

Finding the ‘commonality of story’

Noting the Bill of Rights, Steve believes women, people of color, and the LGBTQ community are “going to keep raising their hands and say, ‘No, they apply to us, too.’” He talks about finding the “commonality of story.” He believes that if we spend enough time with those of a different culture, a different race, and a different faith, we can come to embrace their sameness and differences.

In the end, it comes down to a question posed by Steve: “How do you help people understand and create this kind of broader narrative that is beyond labels and more about experiences?”

And while David acknowledges everybody has their own unique compendium of experience and background, “your skin color is the thing that you can’t universally change.” You can overcome many obstacles in life – even some bad decisions – but “skin color, no matter how hard you work, stays with you wherever you go.”

“Yes, everybody can have hardship. But particularly for Black people and people of color, the stereotype often stays with them. And no matter how hard they work, there will always be assumptions about them that they can’t undo.”

Reasons to have hope

As the founder of a company rooted in a mission to help others, what gives David hope in these turbulent times?

“The magnitude of this movement. And the number of conversations – particularly in my predominantly white community – about race. Conversations that are happening for the first time.”

In the end, the fundamental message that emerges from the Bombas story is this: When your company is founded on a core mission of altruism – helping the homeless, fighting racial inequity, promoting social justice – creating a truly human organization is the fuel that will drive your success.

“I was walking up Fifth Avenue, between 25th and 26th Street,” David recalls. “And this gentleman had a sign that said, ‘I’ll take anything.’ I leaned down and told him, ‘I don’t have any money, but I’ve got a pair of socks.’ He looked at me and said, ‘How did you know that’s the one thing I need the most?’”

Cultural Diversity in the Workplace: What is it and Why is it Important?