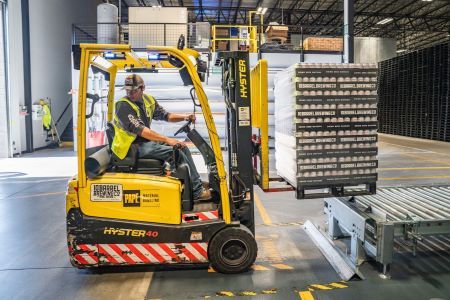 A 2021 report by the United States Bureau of Labor Statistics (BLS) revealed the number of fatal workplace injuries in the previous year had decreased by 10.7% compared to 2019. Though these numbers are encouraging, there’s room for progress.

The Occupational Safety and Health Administration (OSHA) understands that safety recognition is integral to establishing a professional culture of safety, in which hazard awareness and risk management are ingrained elements of the work environment.

A multidisciplinary approach, which incorporates recognition and safety incentives through incentive programs for those who move the ball forward, may bring the greatest benefit to companies and their workers.

Why is safety recognition important?

In the context of the workplace, safety recognition refers to the acknowledgment of safety as a priority within an organization. The idea is to motivate the workforce to be mindful of workplace hazards and take proactive measures to prevent on-the-job accidents. OSHA defines effective safety recognition by the impact it has on the workplace. Namely, management will see a rise in the desired safety behaviors in the workplace as well as higher quality of work and productivity.

One of the main motivators of striving for safety outcomes is the maintenance of meaningful professional relationships. The reward is intrinsic. Usually, such a relationship arises from proactive recognition, as opposed to reactive. With proactive recognition, leaders acknowledge and reward desirable behaviors — such as reporting potential hazards and near-misses — before an accident can occur. By promoting vigilance and protective outlooks, they can prevent injuries instead of having to respond to them.

In contrast, reactive recognition rewards desirable results but not the behaviors that would produce them. In this kind of environment, both employees and leaders are more likely to work toward mitigating the impact of an accident that has already occurred. They receive recognition for avoiding accidents, not for reporting them, so they might as well not report them. The important thing is the official safety record.

The importance of safety recognition lies in the advantages it confers on both the organization and its employees. Despite decades of declining recordable injury rates, safety remains a major problem for American companies. Workplaces can help to mitigate the problem and drive down injury rates further by adopting a culture of safety recognition. By doing so, they may see impacts in any or all of the following areas:

A safety incentive program, also known as a safety reward program, are formal workplace safety programs that center on acknowledging safety performance via rewards. The implementation of safety incentive programs convey that the organization values safety, while the incentives promote the adoption of the program by the workforce. The primary goal is to impel employees to establish and maintain a safe work environment as well as to educate them about safety standards they should strive not only to meet but also exceed.

Safety incentive programs, like safety recognition in general, can be highly advantageous to the organizations that adopt them. A well-defined and well-implemented incentive program can both reduce the number of workplace accidents and increase employee engagement. Moreover, it can function as an ongoing invigorator of safety education, reminding employees that safety standards and OSHA regulations are continuously relevant to their operations.

At the same time, more and more organizations are bringing to bear expertise from a variety of disciplines. “Many safety professionals are from an engineering or hard science background, and there was skepticism among employers and regulators about the role of communications people and psychologists,” says John Dony, director of the Campbell Institute at the National Safety Council.

Many organizations are now emphasizing frequent communication among employees and positive reinforcement as superior ways to promote safe behaviors. And there’s evidence that rewarding employees for reporting incidents through safety incentive programs can be very effective. The Workhuman Analytics & Research Institute shows manufacturing plants that gave the fewest safety incentives were plagued with total recordable injury rates more than five times as high as plants with the most comprehensive safety incentive programs. This is not only evidence that safety awards do work but also an endorsement to employers to offer incentives for promoting workplace safety.

To implement a safety recognition program, whether formal or informal, it’s important to understand the characteristics that the program should embody. Here are some tips for rewarding and recognizing safety behaviors in your work environment:

OSHA has numerous requirements relating to recording and reporting injuries and illnesses on the job. For example, the employer, among other things, must make clear how employees should report incidents and accidents, establish a procedure that does not deter accurate reporting, inform employees of their right to report, and refrain from penalizing employees who exercise that right.

Also, heed OSHA’s recommendation to focus on proactive recognition rather than reactive recognition. The latter could encourage employees to value the reward primarily, whereas the former helps them to see the value of safety behaviors.

Understand what an incentive is

Keep in mind that an incentive is a reward given for exceeding minimum requirements. You want to incentivize safety behaviors that elevate practices, not distribute rewards for maintaining existing minimum standards.

As Bratton recommends, give a reward as soon as an employee notices another employee’s action promoting safety. “The greater the delay, the less effective the recognition and reward,” she says.

The pathway to a reward should be simple and easy to understand. Indeed, Bratton states that simpler rewards programs are better, as “complex, formula-driven programs tend to lose employees.” In contrast, readily comprehensible programs encourage immediate adoption since there’s no learning curve involved.

For a safety incentive program to succeed, the rewards need to be worth the effort in the eyes of your employees. If you’re having trouble thinking up rewards that are likely to succeed, consider these examples of common programs:

Tailor your program to your organization

For an effective safety incentive program, make sure the safety incentives you provide are relevant to the employees in your organization. For instance, if most of your employees don’t live near a movie theater, cinema gift cards wouldn’t be of any use to them. Keep in mind the needs and preferences of the workforce to determine the rewards you give.

Employee safety recognition requires more than just an occasional kind word and pat on the back. It needs to be integrated into the culture of the workplace so that desired safety behaviors are simply part of the job. Establishing such a culture takes analysis, effort, and investment, but the payoff is potentially great for both employers and employees.