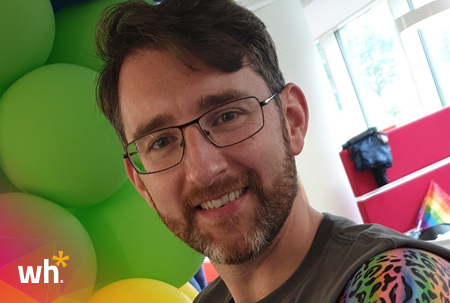 You are who you are, until you are not. At 20, I went from a polite, well-mannered, educated man to just gay. I have spent a part of my life fighting not to be defined by one thing, and thankfully the world I live in has allowed that to happen (but as we are all aware, homophobia, racism and  sexism does not afford everyone the same luxury). I do see the irony in then writing a piece like this, but as I said, you are who you are.

I was once told if you sneak around and hide what you are doing, it is because you think it is wrong. That is why I came out. It shocked some people, others accepted it, but one of the poignant memories of that “outing” period of my life was asking a friend why they never questioned my sexuality. I was floored by their response. They thought about asking me, but realized the answer did not matter, so they never bothered. Imagine that a person just did not care who I dated.

Being gay in Ireland during my lifetime has been a strange journey. It was once illegal (homosexuality was decriminalized in 1993), the very first Pride parade took place, civil partnership was enacted, and we legalized same-sex marriage by public vote. I am skipping some milestones, but these were the most impactful events for me. Especially the last one: the campaign for marriage equality.

The people of Ireland answered a call for equality in droves; special ships and planes were organized to get those eligible to vote back to Ireland; it even trended globally on Twitter. The outpouring of support was overwhelming. The flip side was six months of listening to people openly debate how I not only could, but should, live my life. It felt like we had briefly taken a step back, but then leaped forward again, rainbow flag flying. I learned from this experience that not everyone was as accepting as I thought. A side to people I assumed had been lost to time was laid bare and still very much alive.

My first proper homophobic attack is actually funny now that I look back on it. I was about 16 and waiting on a taxi, minding my own business, when a car drove by filled with a group of men that started screaming slurs out the windows at me. What is funny is not that it happened, but my reaction at the time was “How do they know?” I was more concerned about being outed then being attacked.

Some (not all) LGBTQIA+ people spend sections of their lives lying, whether to protect themselves, their loved ones, or their sense of belonging. I do not have a dramatic coming-out story; I told my family and literally moved on to dessert. We were having dinner at the time. But I did lie (a lot).

I lied because of fear. Nobody should live in fear of who or what they are.

I have a supportive family and friends who love and care for me and I work for a company that allows me to bring my whole self to work. Workhuman® has given me this platform to tell my story and has removed the fear. I have the freedom and support to express myself and not to be defined by any one thing. There is no greater gift an employer can give. This is the first place I’ve worked that not only openly encourages me to be me, but actively looks to be inclusive and not just tick a box on a diversity to-do list. I have a voice that is heard, and I am empowered to use it.

I am not alone in these experiences, but life does not turn out that way for everyone when they are part of the LGBTQAI+ community or an under-represented population. People lose their families, are imprisoned, tortured, murdered, forced into conversion therapy, and not in far-off, strange lands or bygone times, as you might think. I am writing this for them. I attend Pride parades for them, and I support them. This is not about me or how easy or hard my life has been, but rather, to highlight with a little respect and empathy how life can be better and happier for those who follow.