International Women's Day is a global holiday to celebrate the social, economic, cultural, and political achievements of women. The day also marks a call to action for accelerating gender parity. All around the world, people come together to celebrate women's achievements or rally for women's equality.

At Workhuman, we are honoured to be recognised by Great Place to Work as a Best Workplace for Women 2022 – for the third consecutive year. 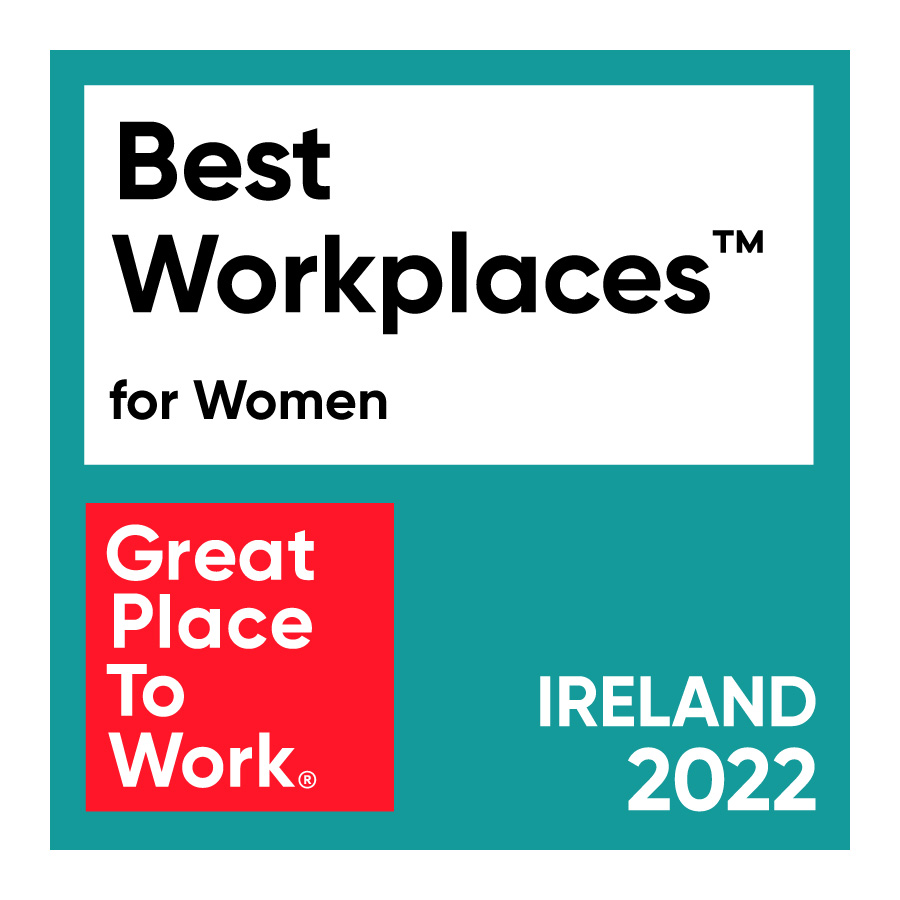 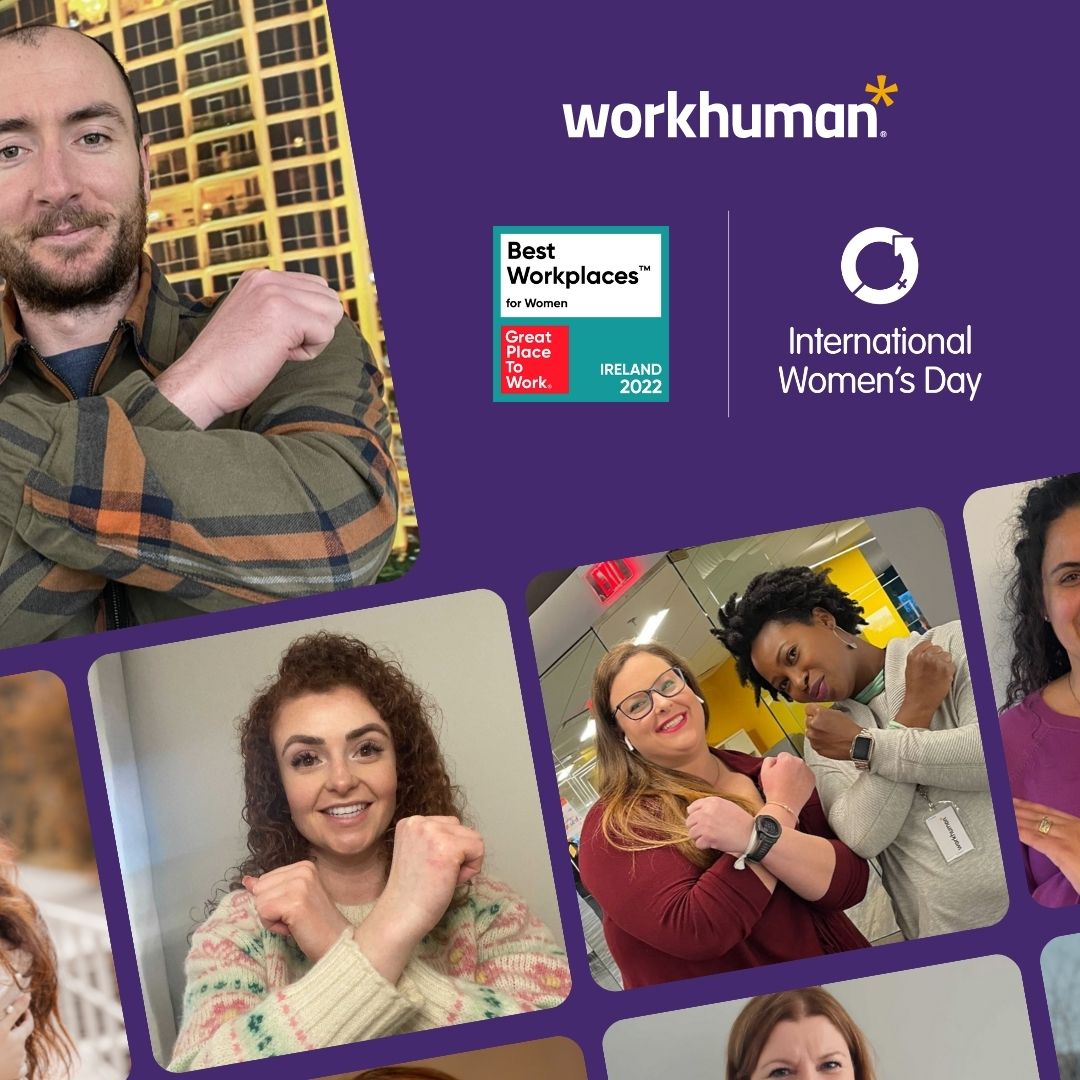 This year’s theme for International Women’s Day is “Break The Bias, ” so in honor of that , we asked our own humans to share their stories, from they have experienced bias to sharing advice with others on how we can all work together to #BreakTheBias.

“At the beginning of my career I fell into what I call the 'no big deal' cycle. As the only female, and youngest, in a male dominated sales industry I took on all the little things at the office. Refilled the water for the coffee maker, paper in the copier, etc. When anyone tried to thank me, I returned with 'no big deal!'

Somehow, somewhere, I had adopted this behavior and belief that I needed to do more than my male counterparts, but quietly, and unassuming. I felt that if I shrugged it off as no big deal then it was valued more. Now, copier paper and water in the scheme of things is nothing special. The problem was it rolled over to my bigger accomplishments. Closed a huge win! No big deal. Found a company error that saved revenue. No big deal. Formulated a new way to socialize contracts for faster closes. No big deal.

I felt the value was in how little I celebrated these wins so I could be looked at as just one of the guys. Don' t be too excited, boisterous, enthusiastic. Stifle the happy and giddy. It took make years of self-reflection and letting my enthusiasm out a bit at a time to get to where I am today. And this person, today, is: Strong, self-promoting, and celebrates the wins when they happen with those around me at work! I share it, talk about it, and lean in to helping others. And I am loving every moment of it.” 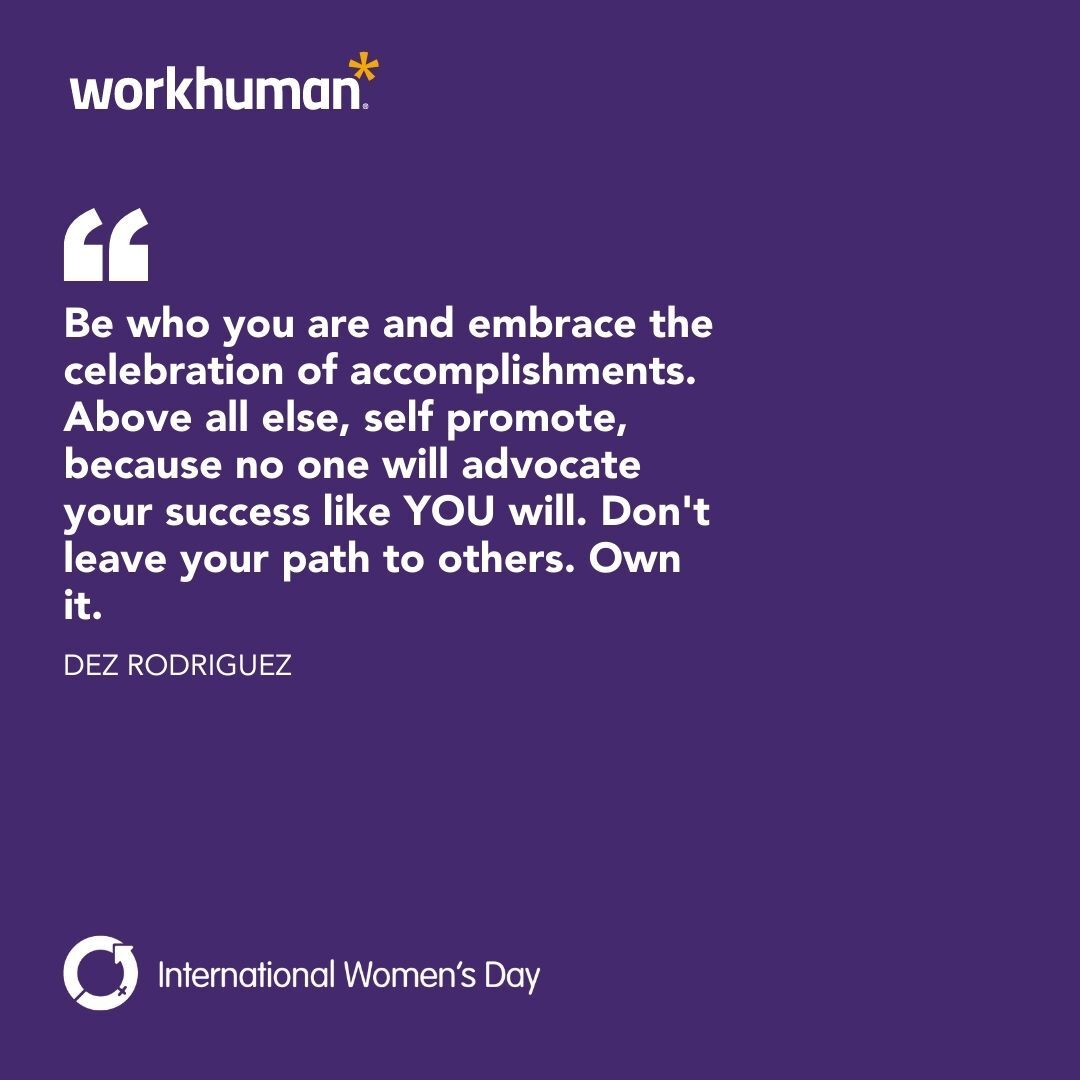 Our identity is what makes us who we are, but it also inevitably leads to unconscious bias. Noreen Keville, engineering delivery lead, talks about the importance of being open to learn:

“In my twenties I forced myself into a job that required me to deliver technical courses globally, which was frightening, but I knew I needed to tackle the fear. While delivering courses globally to different cultures, I was exposed to many other challenges and it helped me overcome my fear of reading in public.

Whatever the difference, remember you can work through it and bring your own self to it. Your authentic self! Talk about your differences to bring awareness to everyone around you. Let’s educate each other. Judging a book by its cover can be very damaging.” 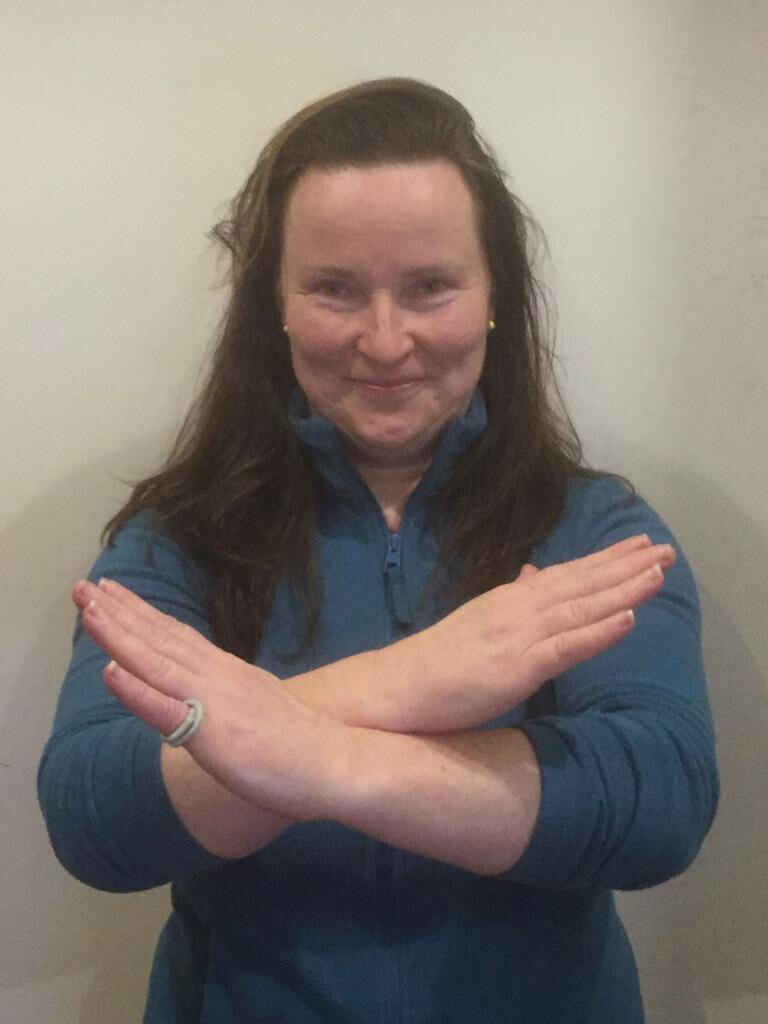 Jess Richards, a senior product research manager, on the other hand, understands what it feels like to be judged for being “different.”

“I experienced bias related to class when I applied to go to university. There are schools in England which expect students will go on to higher education, but mine wasn't one. Being from a socially deprived area and having a Northern accent, I did not feel comfortable applying to some universities. I overcame this by getting to university anyway and finding people I could relate to.

When I studied English, it was mostly white male authors, and women writers were considered a niche, optional topic. I saw the way gender and other biases intersect and influence our thinking.” 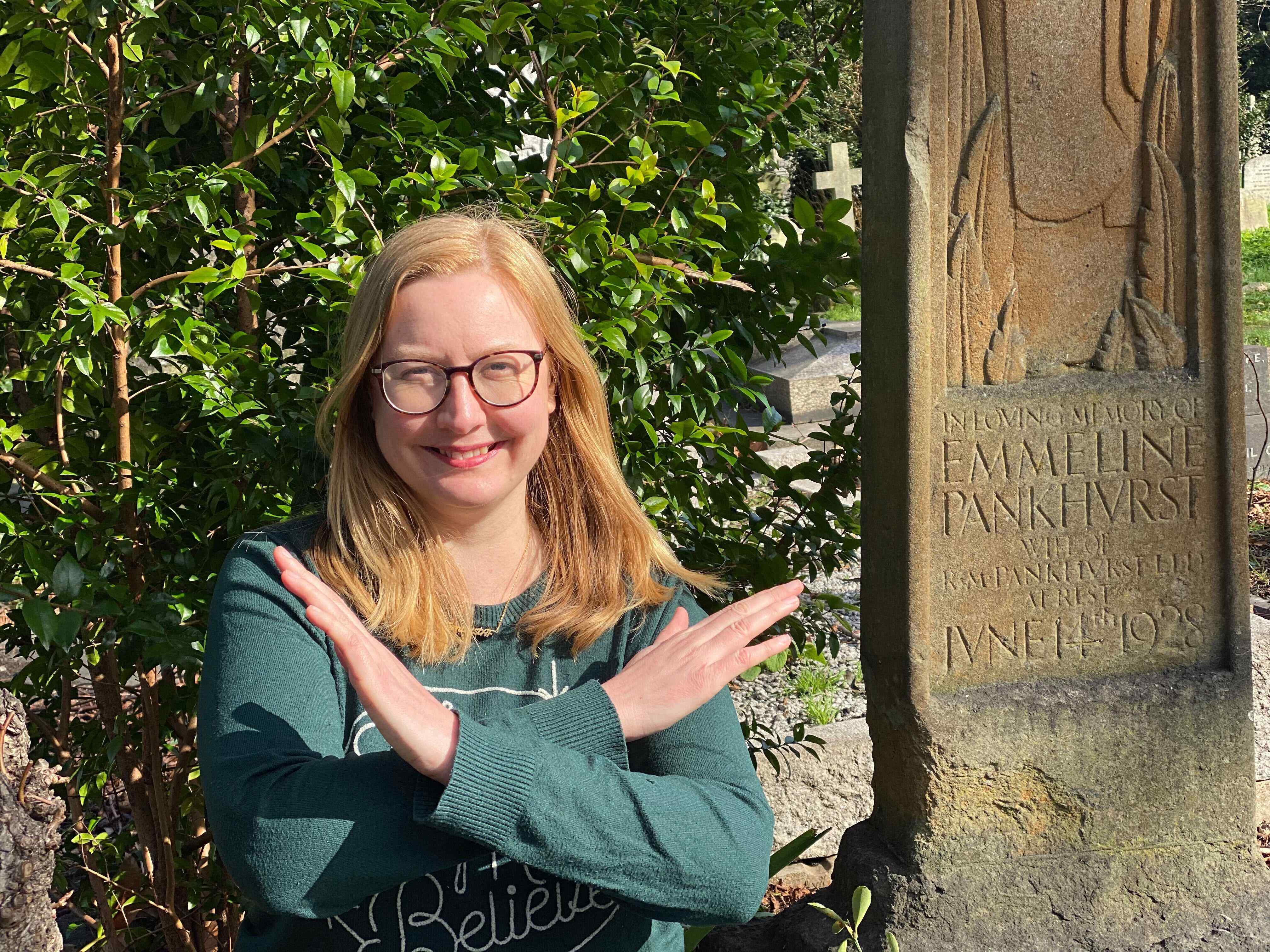 Cathy Glennon, a customer insight analyst, remembers a clear example of gender bias in her career:

“In 2019, I wrote a paper which won an award for Research Excellence. My boss, a lovely man in his 50’s, and I went up on stage to accept the award. Coming back down, we bumped into a man we knew from another company. He looked at my boss and said, "Well done! Congratulations!" He looked at me, the one holding the award, patted my arm and said, "Good to see you".” 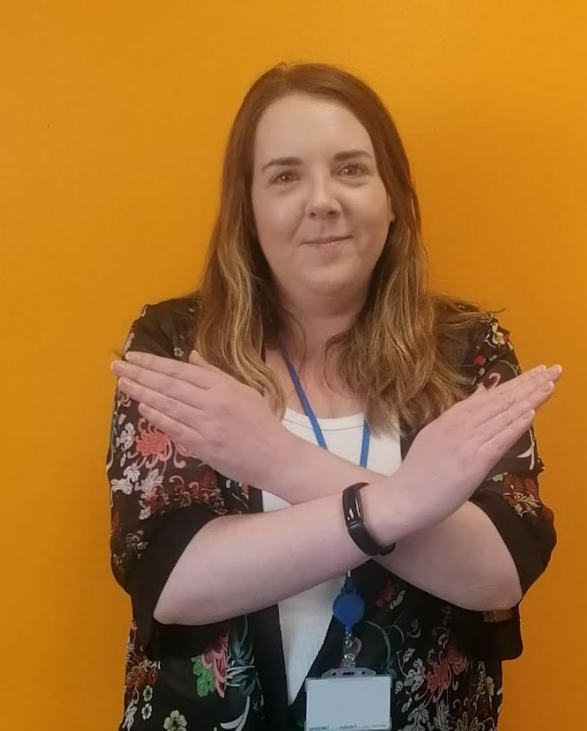 Here, Clarissa Gidcumb, mid-market account executive, reflects on how gender biases and stereotyping have affected her own life:

“The bias I've faced as a strong, muscular woman is having others describe my sexuality. Women have typically been stereotyped as fragile and delicate, which always made me feel out of place, having broad shoulders and tree trunk legs. So I've felt the need to downplay my strength in order to fit in and be attractive. "Men don't want muscly women".

Look at the way Hollywood portrays women with muscles: "beefy",  "deep-voiced", "unintelligent" are a few of the words that come to mind. When in reality, the only way to get a muscular physique is through constant discipline, self-motivation, and education. It's a science disguised as an art.

My suggestion is, when you see a strong woman with muscles, you should see someone who puts in time and effort to make their life better. Someone who puts their health and potential above societal norms. We are pushing against the grain and setting the example that muscles on a woman are still womanly.” 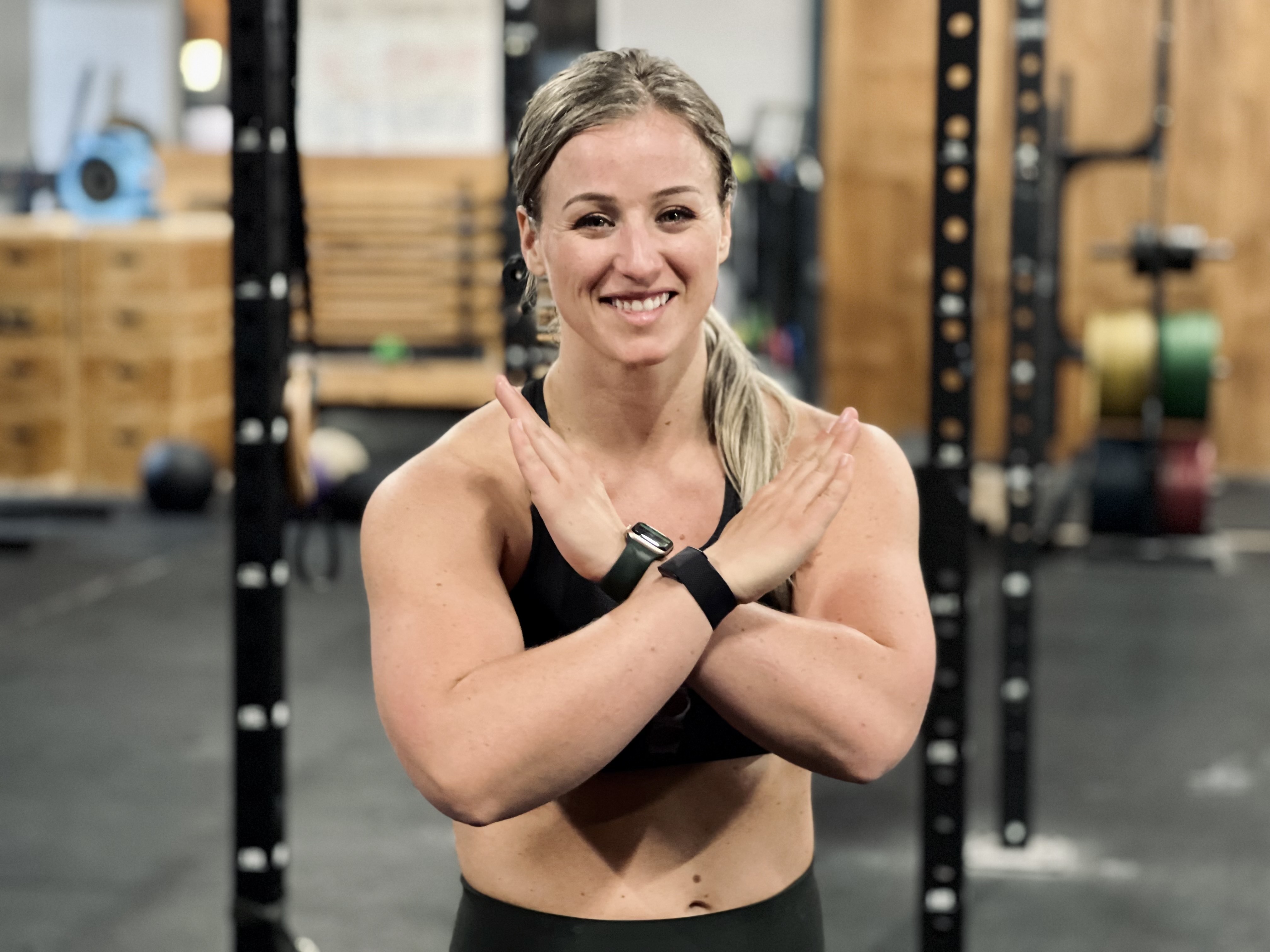 And remember, even the most conscious of us fall into the gender bias trap, too. Michelle McDaid, senior director of engineering and one of the leaders of the Women’s and Allies ERG, speaks on her own experience.

“I have worked for many years in a male dominated industry and have put a lot of energy into moving the dial on gender equality. I was therefore shocked when I did the Harvard Implicit Bias test and I slightly associated women with home and men with career. Upon reflection, I realise that this bias comes from my life experience. At one time my husband and I made the decision that I would work part-time so I could collect our girls from school. I was always dedicated to my career but I paused it for a while.

My mother had to leave her full-time job in Aer Lingus many years due to the marriage ban. When women got married, they had to give up work. Crazy! We can have internalised misogyny where we are biased against our own group. Being aware helps us take steps to reduce this. I read about a female scientist who found out she was biased against female scientists. How she overcame this was surrounding herself with pictures of great female scientists!” 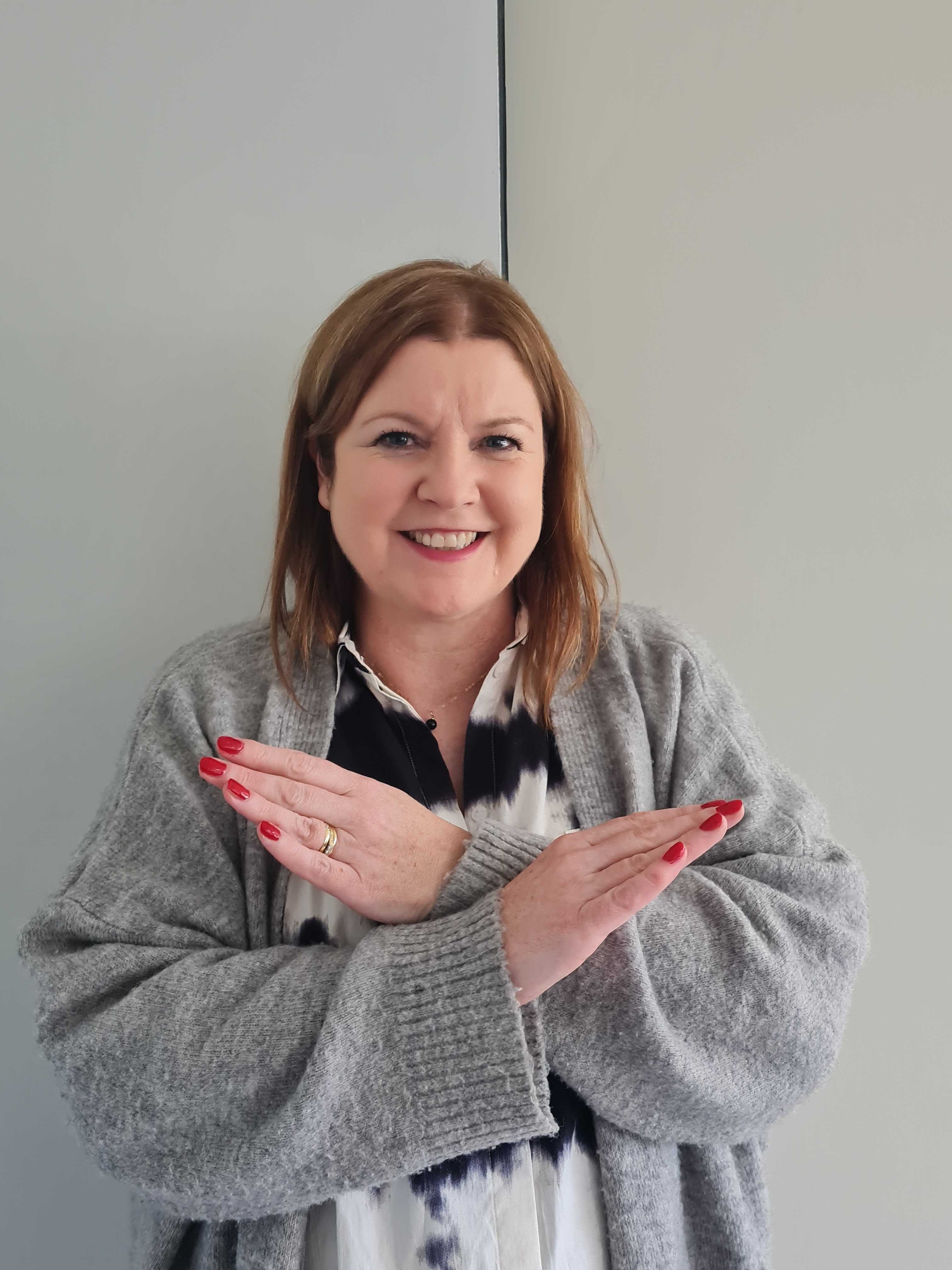 Caroline Kaine, a linguist at Workhuman, shares a similar kind of experience:

“Recently a friend shared the following riddle with me: a father and son are in a horrible car crash that kills the dad. The son is rushed to the hospital; just as he's about to go under the knife, the surgeon says, “I can't operate—that boy is my son!" It took me a minute to process, and then I realized that I had assumed the surgeon in this story was a man! The surgeon is in fact the boy's mother (more inclusively, the boy's other parent), and I had internalized the association of surgeons with men rather than women.

I consider myself to be a feminist and frequently talk about the importance of gender equality with friends and family. How could I automatically exclude women from a whole profession? This riddle was an excellent example that unconscious bias affects everyone, and we need to be challenged at times to recognize it.

I'm still working through this particular example of bias and trying to be more aware of the snap judgements/assumptions I make. The biggest lesson I took away from this riddle was that we need to be curious and focused on growth when it comes to mitigating bias. I was definitely embarrassed when first confronted with my bias, but if it hadn't been brought to my attention, I couldn't have done the work to address it.” 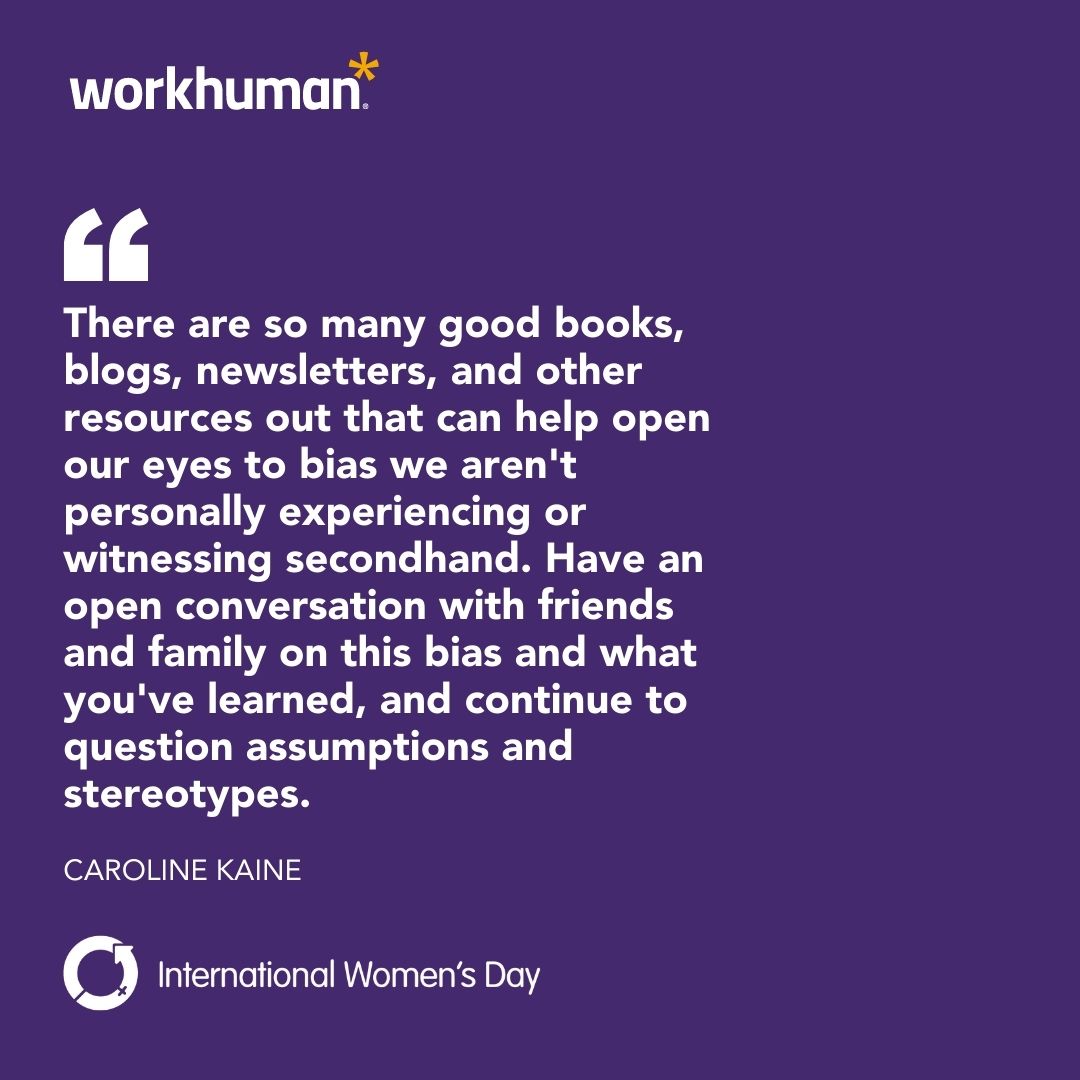 As Carolines reflection brings to light, there are a whole other set of biases for working parents – and working mothers particularly. Product and Analytics Manager, Ana Wacker, explains:

“Before I became a parent, gosh, I really didn't understand how work-life balance worked for families. I remember not understanding why my colleagues weren't as available as I was. Now that I'm a mother, I understand how off-base I was back then. I have learned that someone’s availability and perceived dedication is not always their actual dedication. There is way more than meets the eye.”

What’s clear of each of the examples above is that we all have unconscious bias, but also that we are all humans first.  We're creatures of the unexpected. Always expect to be surprised. This was shared by Sarah Bloznalis, content marketing coordinator: “No matter how aware I try to be about my own unconscious bias, it's likely to come up at some point. Rather than getting upset with myself, I try to remember that it's better to recognize it and work to mitigate the societal norms that create the bias rather than blaming myself.” 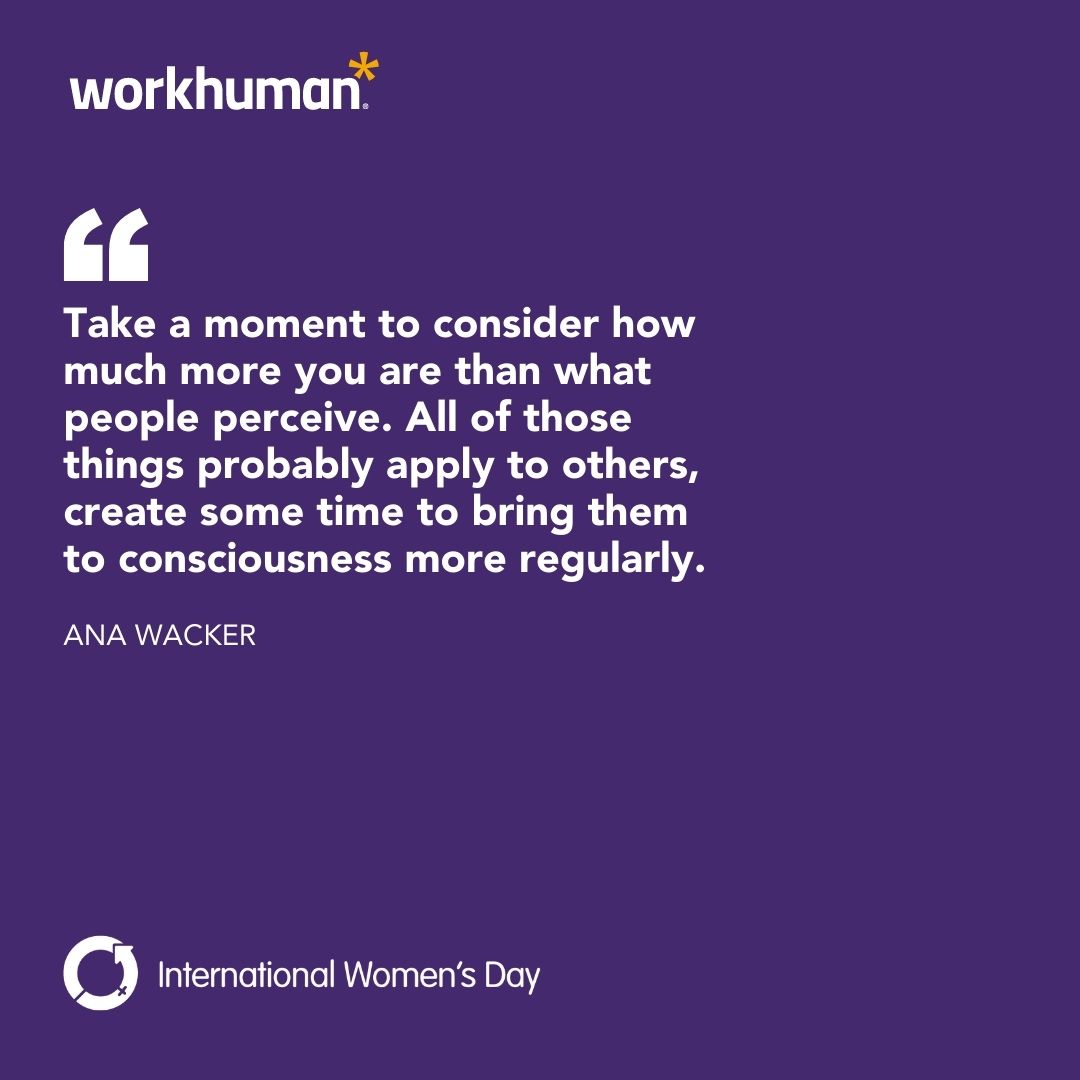 Rebecca Molloy, international e-commerce director wraps us up with a few ways to be a stronger advocate for women:

"Build a bench of credible allies.  Find women you admire and respect as mentors, so you create your own trusted network for counsel, radical candor, thought partnership and fun - so together you can lift each other up to #breakthebias.  I feel blessed to have found this within the amazing female colleagues and leadership at Workhuman.” 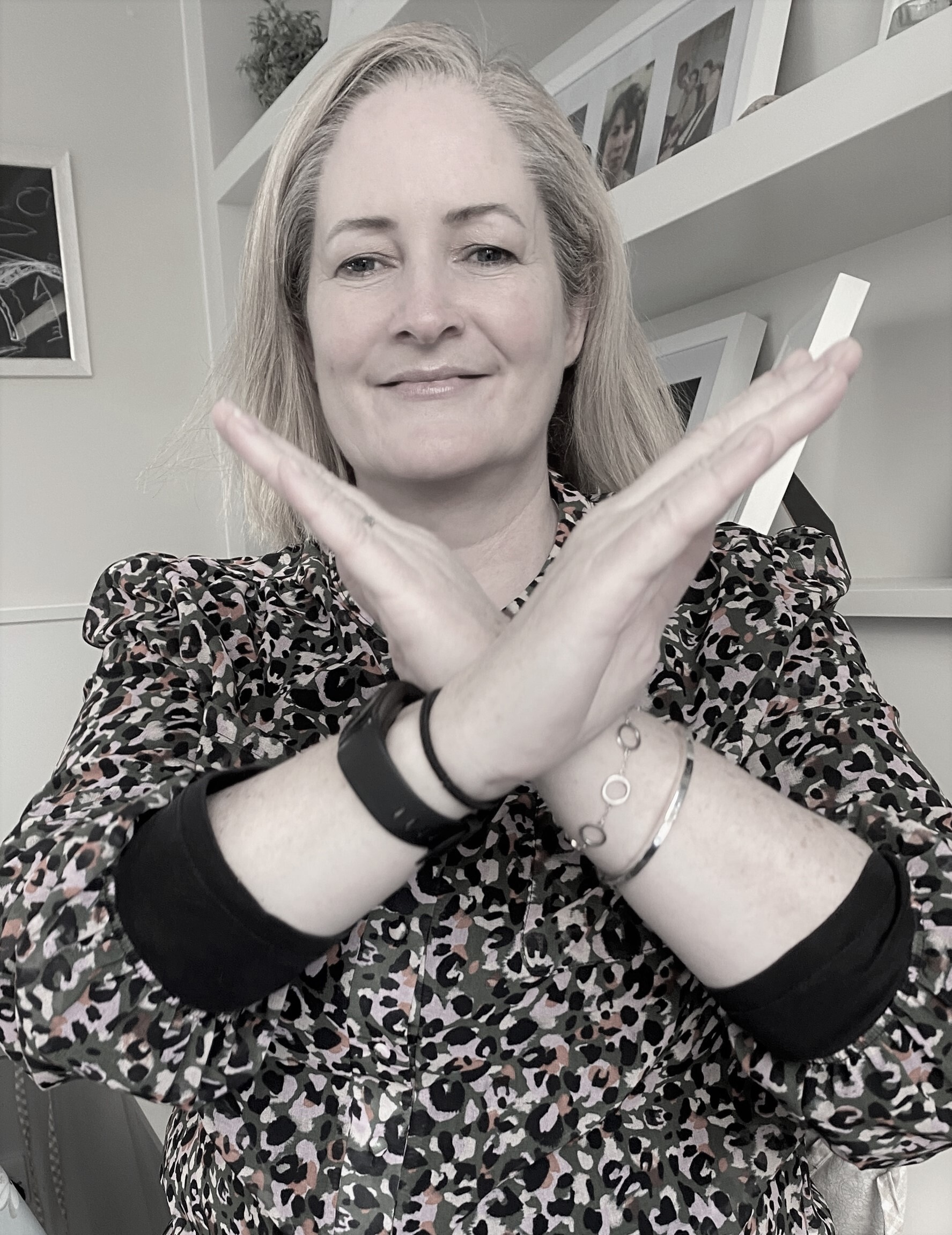 Without our humans, it’s just work.   We. Are. Workhuman.