Today’s global workforce is changing. That’s probably not news to you, as we can see it every day on the job. Still, statisticians tell us that by 2025 millennials will make up 75% of the world’s workforce. And despite some push-back of retirement ages by older workers, we’re still seeing a massive shift in workplace demographics and culture as baby boomers begin to retire and those so-called “baby bloomers” (millennials) saturate the workforce (see the chart below for birth rates in the U.S.).

Moreover the diversity mix is changing in many industries, as populations move and merge in response to globalization and domestic labor shortfalls, and immigration begins to figure more prominently in organizational growth. That means companies that used to be very homogenous are for the first time encountering increased complexity around issues such as language and cultural diversity.

The chart here is from the U.S. but these shifts are happening in most Western countries, where immigration is common and where the end of the Great Depression and post-WWII repatriation drove a baby boom from the mid 1940’s to mid 1960’s.

But perhaps in no place is the shift in worker demographics more stark than in Canada—where the effects are being felt in a comparatively healthy economy. Canada seems to be on the forefront of this curve of change, in part due to industries such as natural resources and healthcare, which seem to be particularly affected by retirement.  In a way, this makes Canada an excellent early example of the new normal. Watching how they deal with this sweeping change will be a strong example (or cautionary tale!) for the rest of the world.

If we distill the challenges down, we can identify three major workplace challenges Canada is seeing from these demographic shifts.

The growth of Canada’s workforce is slowing. Despite the fact that there is a new creative age in Canada—driven in part by science and technology—PwC’s 2012 survey of Canadian technology CEOs cited recruitment of talent as their top concern. In fact, The Conference Board of Canada has predicted a shortfall of nearly 1.2 million skilled workers by 2025. This presents a significant problem for companies—particularly since only 29% of companies felt they had an effective plan for dealing with finding and keeping talent,  according to PwC’s report

How to solve it: Retention, succession planning and development are key tools in the arsenal in the war for talent. “Ineffective (or non-existent) total rewards programs may be part of the reason Canadian emerging software companies have trouble keeping their best people,” say the authors of the PwC report. Of course, it goes without saying that strong recognition and reward programs are a great way not only to increase employees’ commitment to the organization—but also to spot key influencers and candidates for succession development.

The oil and gas industry—where the phenomenon is more intense—calls this the “Great Crew Change,” and to some extent, it is hitting all Canadian industry. Have a look at the chart below from StatCan:

As you can see, like most western countries, Canada experienced a baby boom in the 1940’s, followed by a baby bust and a smaller resurgence in the later 1980’s and 1990’s. Those boomers are now aging, and estimates show that nearly a quarter of the Canadian workforce is at or approaching retirement age.  According to Statistics Canada, “In 1981, there were roughly six people in the labour force for each retiree. By 2031, 50 years later, that ratio will have declined to fewer than three to one.” There are simply not enough Gen Xers to replace these workers, so more and more Millennials are stepping into the breach.  In fact, by the year 2028, Millennials are expected to make up 75% of the Canadian workforce. While it is never surprising that a new generation steps into the shoes of its parents—in this case we are sort of skipping a generation, so there is a much shorter “on the job training period” as the baton is passed—and that has many industries worrying about a loss of knowledge.

How to solve it: To some degree this dynamic is being offset by a push back of retirement age, and the widespread abolition of mandatory retirement in Canada . But it is also critically important to foster cross-functional and inter-generational relationships in our organizations—circumventing traditional barriers to communication and creating a culture of learning and co-development. This ensures that knowledge and training are passed on smoothly over the generation gap. Mentoring programs are another great way to develop future leaders and pass on tribal knowledge and skills to newer employees.

The second way Canada is making up for a shortfall in workers is the influx of skilled immigrants into the workforce. In fact, Statistics Canada predicts that immigrants will account for 80% of population growth by 2031. In 1991, fewer than one out of every five workers were born outside Canada. By 2031, that number is expected to be closer to one in three. All of this means intense cultural change in the workplace, as Canadian organizations must account for new diversity in languages, customs and tastes in order to maintain growth and build a single, functional, company culture.

How to solve it: Expect and plan for heterogeneity. Don’t presume that a top-down culture will account for the needs of all employees, and instead solicit voices from all parts of your company. Try to build tolerance and flexibility, and avoid one-size-fits-all solutions for workers. Instead focus on choice. This is particularly true in areas such as benefits and reward programs, where employees must be free to choose the programs and rewards that will be most meaningful and work best for them and their families.

The changes that will affect Canada and the rest of the West over the next few decades are certainly not the first time that workforce demographics have changed dramatically. But it is definitely the first time in a long time that we will see such dramatic change—and most certainly the first time we have seen it in the crucible of globalization and the technology age. In many ways, I believe that Canada will set the example for us all in how to weather this change. We’ll all be watching the True North Strong and Free, eh? 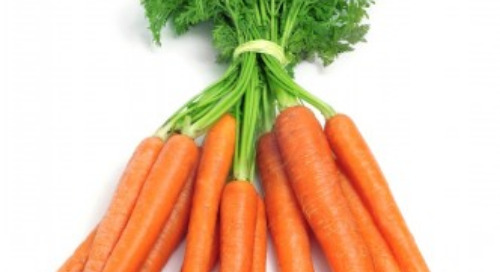 Are Rewards Demotivating? Myth and Reality

Some studies paint tangible rewards as detrimental to intrinsic motivation, but delving deeper, we see that... 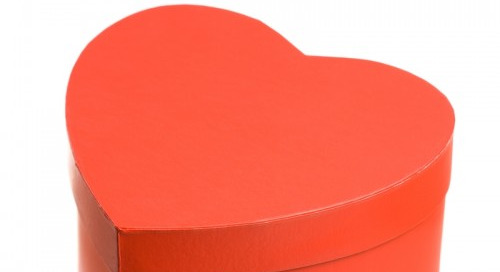 The Heart of a World-Class Integrated Talent Strategy

Recognition is an engine that will drive any HR strategy. Be sure to think about your talent strategies hol...