Home » Workhuman Blog » What Cats, Harry Potter, and Google Can Teach Us About Contrarian Thinking
× Share this Article

What Cats, Harry Potter, and Google Can Teach Us About Contrarian Thinking 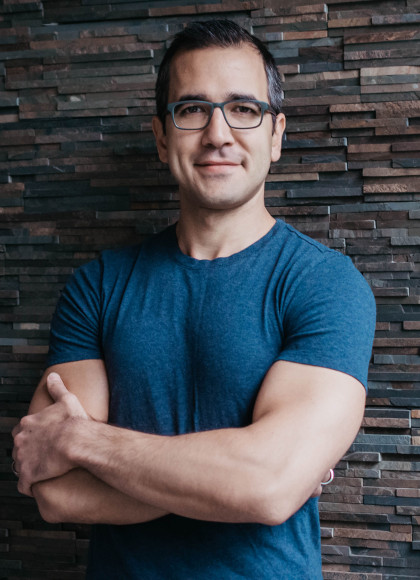 In part one of our exclusive Q&A with author and speaker Ozan Varol, we discuss the deadly consequences of herd thinking and how we’re genetically wired to follow the crowd. Thankfully, it’s not all doom and gloom.

In part two below, Ozan shares some practical tips – like “beware of process” and “have a beginner’s mind” – that remind us how innovation can result from a simple shift in perspective. And yes, we also talked about cats.

Workhuman: One of your strategies for thinking like a contrarian is ‘beware of process.’ What advice do you have for HR departments – traditionally governed by annual processes like reviews and merit increases – that want to step out of this thinking?

Ozan: I'll begin by sharing a story of a saint who would lead his followers in meditation. As the followers were dropping into their zen moments, they would get disrupted by a cat who would walk through the temple meowing, and purring, and bothering everybody. The saint came up with a simple solution to the problem. He began to tie the cat to a pole during meditation sessions. That solution then quickly developed into a ritual: Tie the cat to the pole first and meditate second.

When the cat eventually died of natural causes, crisis ensued. What were the followers supposed to do? How could they possibly meditate without tying the cat to the pole?

If we treat our processes like a sacred pact, if we don't question them from time to time, then we could end up impeding progress.

We're perfectly capable of meditating without the cat, but we don't realize it. It doesn't mean that the HR department takes their standard operating procedures and throws them into the shredder. It simply means that you make a habit of asking from time to time, 'Do we own the process, or does the process own us?'

Simply hanging a question mark on your processes can be helpful. What if you hadn't implemented this procedure? Would you be doing the same thing that you are doing today?

The one thing to remember in asking those questions is you need to demand current evidence. A lot of processes were developed in response to problems that existed yesterday. But the immune response remains long after the pathogen leaves.

Workhuman: That’s probably even more of a challenge for lifers – people who have worked at one company for a long time.

Ozan: That's a good point. It could be really helpful to bring in beginners into the mix, particularly for that reason. Experts tend to be really ingrained in conventional wisdom. Expertise is very valuable, but experts should not work in isolation. They benefit from the input of beginners, because beginners aren't wedded to what has worked or what hasn't worked in the past. They can bring a fresh perspective.

The example that comes to mind is the book, 'Harry Potter and the Sorcerer's Stone' When J.K. Rowling submitted that book to publishers, they all thought it was not worth printing because Harry Potter violates a lot of the rules in young adult publishing. Young adult books are not supposed to be longer than 45,000 words, for example, and 'Harry Potter and the Sorcerer’s Stone' is a really long book. A lot of people thought the book would not appeal to a young adult audience – until, that is, the book landed on the desk of Nigel Newton, who was the head of Bloomsbury Publishing in the UK.

Nigel saw promise in the book where others missed it, and the secret was his eight-year-old bookworm daughter, Alice. He brought a chapter from the book home and gave it to Alice. She went up to her room, devoured it, and came back and said, ‘Dad, this is so much better than anything I've read before.’

That simple input convinced Nigel to write a meager £2,500 check to J.K. Rowling to acquire the rights to publish her book. That ended up being the best bet in publishing history, because J.K. Rowling is now a billion-dollar author.

Experts benefit from the input of beginners, and this doesn't require an expensive consultant.

It can be as simple as bringing in someone from a different division in the company to ask the sorts of questions that people pejoratively call ‘dumb questions,’ but they're actually not dumb at all. Beginners tend to ask very fundamental questions that challenge assumptions and jolt you out of your current perspective.

Workhuman: How can rewards or incentive help allay fear of failure?

I'm talking about rewarding intelligent failure, which is when you're working on things that haven't been built before, when you're exploring the edges, when you're operating in conditions of uncertainty. In those conditions, failure is inevitable.

If as an organizational leader you send the message that if others fail intelligently, they’re going to be disciplined for it, that's when disasters like Challenger and Columbia happen. Organizational leadership has to send a clear message that intelligent failures are not only tolerated, but they're accepted and welcomed. And you can certainly do that through rewards or incentives.

The example that comes to mind is from Google's moonshot factory, X. Their job isn't to innovate for Google. Their job is to create the next Google. So they work on really exciting projects – everything from self-flying drones, to autonomous vehicles, to contact lenses that measure glucose levels.

In most companies, it's the senior leader that decides to pull the plug on a failing project. But employees at X are empowered to kill their own project as soon as they realize the project isn't going to be viable. And the team that kills their own project actually ends up getting a bonus for it.

One project X was working on was called Foghorn. The goal was to convert seawater into fuel by sucking carbon dioxide out of the ocean water. The technology was promising, but it wasn't economically viable compared to the price of gasoline. So the team decided to shut down its own project. And, for that act, each member of the team was given a bonus.

The notion of giving bonuses for failing might strike some people as odd. It's one thing to tolerate and accept failure, but something else to actively reward it. But, if you think about it, there's actually genius in that incentive scheme. It's more expensive for a non-viable project to continue wasting money and resources. If the project has no future, shutting it down frees up precious resources for the company to pursue other moonshots that have better odds of landing.

X is a great example of setting up a structure where intelligent failures and risks are welcome. Once employees receive that message from leadership, and they see other people around them failing intelligently, then it becomes much more comfortable for people to take the sort of risks that might create enormous opportunities for the company, but for one reason or the other may not work on the first try. 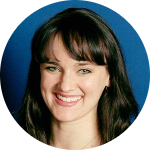 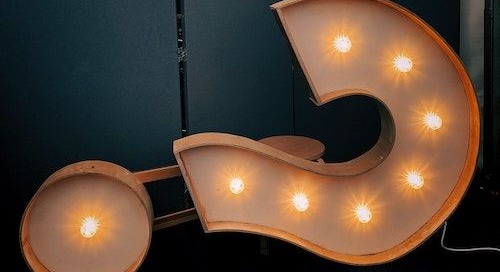 From investing in pay equity to being an advocate for change and keeping up with AI, we answer your questio... 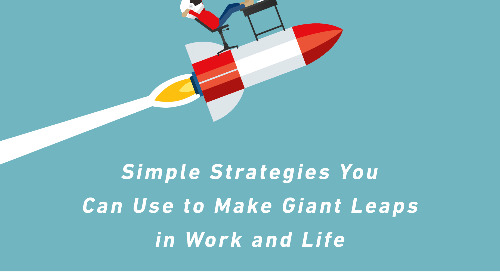 In an exclusive Q&A with Ozan Varol, we discuss learnings from rocket science’s successes and disasters and...