As you might know, Globoforce’s office is in the Boston area, specifically in Southborough, a western suburb one town north of Hopkinton, MA—where the Boston Marathon begins.

Last week was an emotional and transformative one. It affected everyone who was paying attention, to some degree or another. Whether you live locally or not. Our hearts have been frightened and broken, and we are all struck by the senselessness and utter waste in such destructive acts.

Here in Massachusetts, it was also one in which our identities have shifted momentarily. “One Boston.” “Boston Strong.” These have become the watchwords over the past week. In the greater Boston area, people who normally identify themselves by their towns or neighborhoods have suddenly redefined themselves as part of the greater identity that is “Bostonian”. And indeed, across the country, people who ascribe to other identities have aligned in solidarity with ours.

This is a common reaction of a group identity to outside pressure, stress or threat.

Humans are pack animals, fundamentally, so our natural instinct is to seek people who are similar to us—who share characteristics and ideas and experiences. Whether at work or at home, we are drawn to the physical and psychological safety of groups, and we seek to define ourselves and one another by who is a member of the group and who is not.  This is why “Boston Strong” has such affective power for us. It makes us feel safer.

This week we were all Bostonians, because Boston was the target of the perceived threat. If the attack was perceived to be a hostile attack on Massachusetts from, say, Rhode Island, we would likely have seen posters that said “Massachusetts Strong”. In a similar way, in the event we experienced an attack from Mars, our polarity would shift to a worldwide one. We would feel solidarity as Earthlings, because the “them” would be the Martians.

This is human nature. We all go through life wearing scores, if not hundreds, of these group identities. We constantly shuffle and prioritize them. They determine our feelings, goals and actions at any given time. I am a member of many groups. I am a woman, an Earthling, a writer, Irish, a Pratt family member, a marketer, an HR blogger, an academic, a nerd, a redhead, a mother, a North Ender, an historian, a New Englander, an American, and a Boston girl.

In time, people’s identification as “One Boston” will largely return to normal. Rivalries among local groups will reassert themselves, and people will revert to their more default identities.

This happens in companies, too.

Our organizational cultures are made up of groups: work groups, divisions, departments, unions, even age or gender cohorts.  At work we all inhabit a series of concentric identities. I am a writer, on the Content team, in the Marketing department, in our Southborough office, an employee of Globoforce, a white collar American worker and so on.

The problem with group identities is this:  They form in opposition to one another. As much as we are defined by who we are, we are as defined by who we are NOT. And we derive our sense of importance and value by believing that our group is better—or perhaps less—than those other groups. We close ranks against other groups. We are exclusive. That means that the more polarized our identities become, the less likely that we will be able to work cooperatively with other groups within our companies.

This is the work equivalent of an ancient Greek Phalanx—a formidable square of soldiers who protected themselves on all sides with a wall of shields. And it is bad news for communication and productivity.

This is one reason that silos that have become such a huge problem in many of today’s larger companies. Identity polarization means that members of—say Marketing—are naturally disinclined to work as well with members of another group such as Sales or R&D. Likewise members of an Atlanta or New York office may be inhibited by identity to work well with members of a Los Angeles or London office.

As the Conference Board recently reported, CEO’s are acutely aware of this problem, and actively strategizing on how to break down internal silos to increase organizational excellence.

This is where HR and senior leadership have our work cut out for us.

We must, in effect, work to strengthen one of these concentric circles—the organization—and help it to supersede (or at least equal) the others as a default identity. Tom must see himself primarily as an employee of the ACME company, not only as an engineer or as management or as part of the Widget Division. Only in this way can he embrace the values and the goals that the company has articulated, and can he consistently act in the best interest of ACME.

How can we avoid these phalanxes and break down these silos to establish a broader group identity for our employees? Here are a few ideas:

Encourage more Direct Communication from Senior Leadership: Communication from managers is important, but it reinforces attachment to smaller subgroups. Be sure that there is a substantial level of communication from the top, so that employees can increase their trust in senior leadership, and so they can understand their role as part of a much larger whole than their individual silos.

Provide a Consistent Experience of Membership: Be sure that there is equity in all areas of your company and that employees have the same access to benefits and services. Create programs that reach everyone. Make sure that what it means to work for ACME is similar for everyone, and you do not create a culture of haves and have nots.

Offer More Opportunities to Interact on the Organizational Level: Encourage and offer your employees structured ways to interact with people outside their subgroups. (Strategic employee recognition is excellent for this.) Provide ways for them to communicate and to appreciate one another. Bring people together in new groupings that transcend traditional silos. Encourage relationships across the boundaries of geography, department or function.

Reinforce your Company Mission, Values and Goals: Employees crave a strong understanding of what a company stands for, and an opportunity to identify as part of that big picture. Sociologists Akerlof and Kranton call this motivational capital, and they argue that it is much more powerful than money in motivating performance.  They say: “Typically a firm is described in terms of its physical and human capital. But the skills and abilities of the firm’s workers — their human capital — is latent; the firm must motivate workers to use their skills in the interest of the organization. When workers identify with the firm, they act as its fiduciaries and in its interest.”

Put your Culture in the Cloud: Do not allow geography or office floorplans to polarize your people into subgroups. Make sure that you leverage today’s mobility and new media to open up culture equally to all.  Even offline workers can benefit from the presences of web and mobile based applications that connect us into a greater whole.

In short, tear down the silos and disband the phalanxes by facilitating communication. Give employees a stronger sense of what it means to be part of the whole organization. Give them the opportunity to recognize and build relationships outside their subgroups. This will consistently blur the lines between workgroups and divisions in your company, and encourage workers to identify with and build an emotional commitment to your company as a whole. The result will be improved communications, increased productivity and the advent of new and innovative teamwork across your organization. 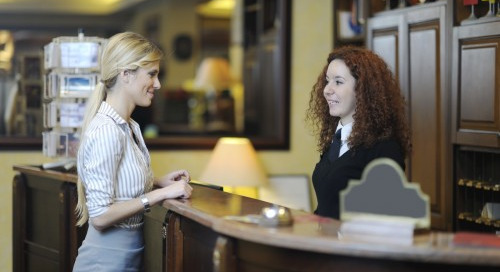 How to Create a Positive Service Climate for Customer Satisfaction

Creating a positive service climate through enablement, training and reward will result in higher employee ... 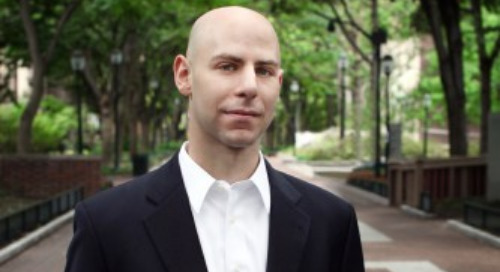 Why “Givers” Matter So Much

We had the opportunity to catch up with Adam Grant for a conversation, where we asked about reciprocity in ...