The Science of Gratitude and Well-Being

Regularly expressing gratitude is amazingly good for us—and by extension our workplaces— in more ways than we might realize.

Gratitude comes in many forms. Researchers of gratitude define it as: “an emotion which occurs after people receive aid which is perceived as costly, valuable, and altruistic,” or “an emotion that (is) directed towards appreciating the helpful actions of other people,” or even “appreciation of one’s abilities, or of a climate in which such successful work (is) possible.”

No matter how one defines it, one thing is clear, feeling and expressing gratitude yields side benefits for our emotional and physical well-being. For your employees, this can translate into:

Gratefulness Increases Emotional Well-Being
A 2007 study published in the Journal of Research in Personality found that “gratitude is uniquely important to well-being and social life.” That study showed a relationship between gratitude and well-being that was independent of personality factors (extraversion, neuroticism, openness to experience, conscientiousness, or agreeableness), and proved that over time gratitude leads to lower stress and depression and higher levels of social support. The authors of the study call for therapists to employ gratitude as a clinical tool, saying: “giving people the skills to increase their gratitude may be as beneficial as such cognitive behavioral life skills as challenging negative beliefs .”

Grateful People Sacrifice for the Greater Good
In a study published in  2010 in the American Psychological Association Journal Emotion, researchers found that “gratitude functions to enhance cooperative as opposed to selfish economic behavior.” Even when dealing with strangers, and no prospect of reciprocity, the subjects who were grateful made their decisions based on what was good for the group—even when it was against their individual interest. Gratitude, the researchers argued, had a direct and positive influence on judgment.

Grateful People Get Along Better with Others
A paper published in 2009 in the Clinical Psychology Review by researchers from Hofstra and several UK universities claims that people who express gratitude are more extroverted, agreeable, open, conscientious, and less neurotic. The study suggests that gratitude is associated with habitual positive well-being and a wide variety of adaptive personality traits conducive to developing and maintaining positive relationships:

Grateful People Sleep Better
A 2012 study from a group of Chinese researchers looked at the combined effects of gratitude and sleep quality on symptoms of anxiety and depression. They found that higher levels of gratitude were associated with better sleep, and with lower anxiety and depression. Those results were echoed in a study by the University of Manchester. Sleep, in turn, has been linked with things like improved memory, healthier weight, lower stress, and higher levels of creativity, stress and attention.

Grateful People Achieve More
A study by researchers from the University of California asked subjects to keep a daily journal of things they were grateful for. Two other groups kept journals of daily annoyances or general daily observations. Those assigned to keep the gratitude journals showed significant increases in determination, attention, enthusiasm and energy, when compared to the two other groups. Likewise, in a study published in the Journal of Happiness Studies, researchers surveyed 1,035 high-school students and found that the most grateful had more friends and higher GPAs. Even athletes benefit from gratitude.

Grateful People Pay It Forward
In one 2006  study conducted at Northeastern University, researchers sabotaged participant’s computers and had a “helpful observer” jump in to help. Afterward, the students who had been helped were more likely to volunteer to help someone else with an unrelated, and time-intensive, task. In this study, gratitude was shown to be far more powerful than simply inducing a good mood.

Grateful People Are Less Aggressive
At the University of Kentucky, some students in a study received praise for their writing, where others got a scathing evaluation. Next, students played a game against the person who’d done the evaluation, in which they could blast them with white noise. In general, the insulted writers retaliated with loud blasts of noise. But among those insulted writers, some had been instructed to write essays about things for which they were grateful. Those students who had written about their gratitude were less likely to blast noise at their critics. “Gratitude is more than just feeling good,” says Nathan DeWall, who led the study. “It helps people become less aggressive by enhancing their empathy.”

Grateful People Are Physically Healthier
At the University of Connecticut, researchers found that gratitude has a protective effect against heart attacks. According to expert Robert Emmons of UC Berkeley’s Greater Good Science Center, it also strengthens the immune system, lowers blood pressure, reduces symptoms of illness, increases resistance to pain,  correlates with better exercise habits, and encourages us to take better care of our health.

Gratitude can also aid in recovering more quickly when you have health issues. In a study of organ recipients, scholars from UC Davis and the Mississippi University for Women found that patients who keep journals of their appreciation scored better on measures of mental health, general health and vitality than those who keep only routine notes about their days.

Grateful People Are More Resilient to Trauma
Studies of Vietnam War veterans have shown that gratitude is significant in helping people to maintain emotional well-being after traumatic life experiences.

It turns out that expressing gratitude in writing also has powerful benefits. In a study at Kent State, Professor Steve Toepfer examined the effects of writing letters of gratitude on happiness, life satisfaction, and depression. Said Toepfer: “The more letter writing people did, the less depressive symptoms they had. They improved significantly on happiness and life satisfaction. By writing these letters – 15 to 20 minutes each, once a week for three weeks to different people – well-being increased significantly.”

Researchers at the University of Pennsylvania had similar results when they asked subjects to write and personally deliver a thank you letter to someone who had never been properly thanked for his or her kindness. Subjects had a huge and immediate increase in their happiness scores. This impact, said researchers, was greater than that from any other intervention, with benefits lasting for a month.

In addition to all of this, it appears that grateful people have better love lives.  =)

All of this just goes to show that being thankful and appreciative, and making opportunities—for yourself and for your employees—to feel and express gratitude are investments that pay off exponentially. “We are all walking around with an amazing resource: gratitude,” said Steve Toepfer, author of the Kent State University study. “It helps us express and enjoy, appreciate, be thankful and satisfied with a little effort. We all have it, and we need to use it to improve our quality of life.” 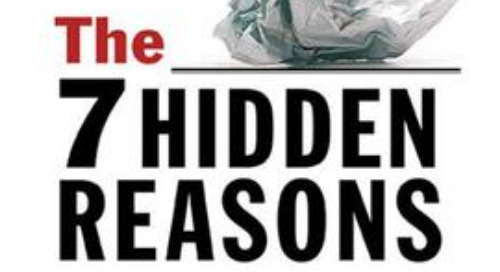 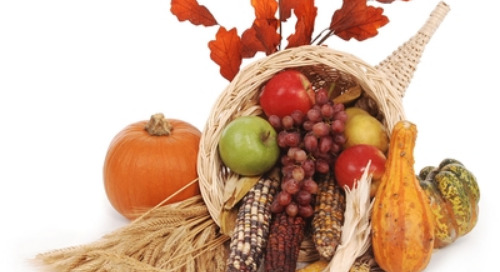 3 Things That You’re Thankful For

We take a moment to consider the act of thanksgiving.