Home » Workhuman Blog » Team Culture and Positivity: What We Can Learn from Kids’ Basketball
× Share this Article

Team Culture and Positivity: What We Can Learn from Kids’ Basketball

This guest blog comes to us from our Vice President of Corporate Sales & Business Development, Brian Schwartz. 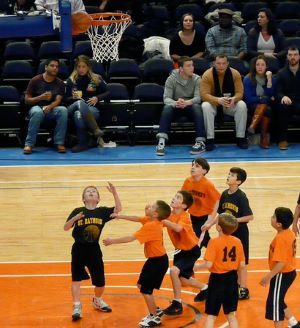 My wife and I are blessed to have two wonderful boys, ages 10 and 12.  Both are active in sports, which means that on many weeknights and weekends we find ourselves in the bleachers at a baseball diamond, on the sidelines of a soccer field, or up in the stands at a basketball court.

When my boys play sports, I experience the game through them.  I can feel my adrenaline kick in when either of them walks onto the pitcher’s mound, puts on the gloves to play goalkeeper, or steps up to the free throw line. The experiences my boys have through sports touch all levels of their emotions and mine.  Over the years, each kid has experienced both “the thrill of victory and the agony of defeat.”

My wife and I have always been clear with the boys about our reasons for encouraging them to play sports.  Our boys need to get good physical workouts multiple times a week.  But there are also the countless benefits of being on a team. Learning to listen to coaches, figuring out how to play as a team, and getting along with the diverse personalities of your teammates are all part of the experience and build life skills extending well beyond any field of play.

Benjamin, our eldest son, started playing basketball 2 years ago first on a recreational team, then on his middle school team, and eventually he found his way into AAU basketball which he loves. AAU basketball can be hardcore and AAU coaches are certainly no exception. In two years of watching youth basketball, we’ve witnessed or experienced every coaching style you can imagine.  Some coaches seem so cool nothing bothers them.  But we’ve also seen Bobby Knight-like tirades and we have also witnessed practices run by coaches who must be army drill sergeants in their day jobs.

We had a serious parenting conundrum for about 6 months on the topic of coaching style.  Ben’s coach was something of a drill sergeant.  Ben wanted to keep playing for him, because he respected his drill sergeant’s methods and liked the physicality of the team workouts.  But we and our son witnessed firsthand what happens with a team led by a drill sergeant using a stern, command and control coaching style.  Any error on the court, whether in practice or game, would generate a verbal tirade by the drill sergeant.  Players stepped onto the court with constant fear of being benched for their slightest mistake.  Most troublesome of all, Benjamin simply didn’t play up to his potential with Coach Drill Sergeant.  He was nervous and tense.  He didn’t move or shoot well on the court during games and he had no confidence on the court.

Not surprisingly, the drill sergeant’s team imploded.  The team fell apart because the culture of this coach kept driving player after player away.  Just like employees working in a bad corporate culture, players went elsewhere and there eventually was no team. Even though Ben felt loyal to the coach, if he wanted to keep playing, he would need to find a new team.

Ben reluctantly agreed to try out for a team recommended by a family friend.  My wife took him to the assessment, and I anxiously awaited the results.

“I want to join this team.  I hope they invite me to join.”  That’s how Ben started the conversation when with me as he walked into the house after the try out.  He was exhausted from 2 hours of playing hard but he was beaming.  “I’ve never played with a team like this. Actually, I’ve never even seen a team like this.”  And then he explained.

From the moment my son walked into the gym, players he had never before met came up one by one, shook hands with Ben, and introduced themselves.  They did so because that’s their culture when a new player is looking to join the team.  To them, being on a team is just as much about culture and character as it is hard work and strong play.

For two hours of intense drills and scrimmages, nobody yelled and there was no negativity to be found anywhere at this practice.  Yelling is not part of their culture and the coaches walk the walk by ensuring that as leaders, they emulate the proper behaviors. If a player does something right, the coaches praise often and loudly so everyone knows and can see the example.  If a player makes a mistake, the coach pulls him aside for a quiet, private conversation or they may freeze a drill and walk everyone through the exercise again to ensure the whole team has it down.

There’s an atmosphere of positivity that permeates the players, the coaches, and the entire gym.  It’s a fabulous basketball culture, but that by itself wasn’t enough to make my son want to join.  “It’s also about how they play, Dad.  The quality of play is the best of any team I’ve been on.  These guys are really good and I know I’ll learn a lot and get better if I join them.”

Listening to my son debrief on his tryout gave me a unique opportunity. We spoke one on one about not only this new team which he did join, but we compared notes on all of his other team experiences.  We spoke about what makes a good coach, what makes a good team culture, and the value of praise in driving performance.

And with that context in hand, I took advantage of the discussion to explain some things about what I do for a living and what Globoforce does.  He knew a little about the field I work in, but this was an opportunity for me to connect with him in a whole new way.  I explained, “We help companies impact their culture through the use of praise. That drives higher performance of their employees in a very important and measurable way.”

His response, “That’s pretty cool. I totally get it now.”   I completely agree.  What I do is pretty cool.  And I love that he now gets it.

Game Over: Why Gamification and Recognition Don’t Mix

Gamification is a shiny object for many companies, but does it really deserve a place in recognition? Stati... 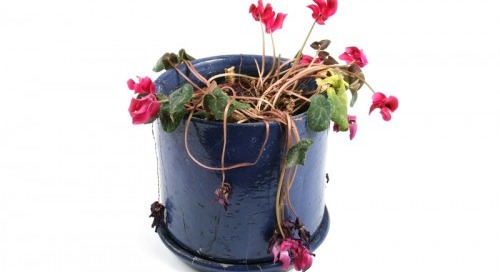 Five Ways to Keep Your New Hires from Failing

The first 30 days are critical for new employees. Here are pointers on how to onboard then and get them qui...