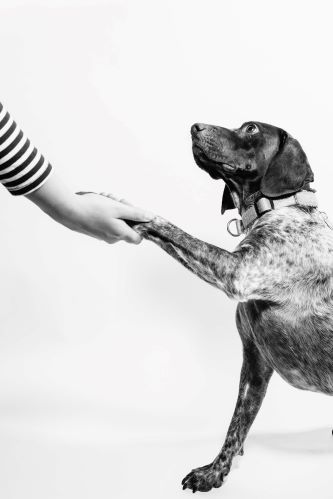 People want to work for a company they trust, and according to the 2019 Edelman Trust Barometer, many already do. But as David Horsager told attendees at Workhuman® Live, trust is like a muscle: “Atrophy is guaranteed without intentional action.” Even firms with high-trust cultures must take steps to protect this important asset.

Thankfully, there’s a bevy of research on how to build trust in organizations. Best practices include setting a clear vision for a shared future, showing empathy and compassion for colleagues, doing the right thing even when it’s hard, and keeping your promises. Unfortunately, these aren’t always easy things to do in the chaos of modern life. They require a level of emotional energy some employees just don’t have, especially on teams where trust is low to start. That’s one reason Microsoft made “generate energy” a core principle of its culture transformation. Executives knew learning to trust would be uncomfortable for some. Their transformation resource plan had to include emotional support as a resource if people were going to push through that initial discomfort.

You don’t need a massive change program like Microsoft’s to improve trust, though. Getting even one person to feel energized and trust more starts a chain of positive effects for your employees and company. Here are a few things you can do to get the ball rolling.

Email, texts, and conference calls are a fact of life, but they’re a breeding ground for mistrust. Why? Digital channels don’t transmit the non-verbal cues our brains use to decide if someone is trustworthy. Is that co-worker trying to be funny or mean? Is the boss mad, or just in a hurry? If we can’t hear tone of voice or see body language, we have to guess, which chips away at energy by adding to already high levels of decision stress. And, it’s human nature to assume the worst. So when our only interactions are virtual, we’re more likely to waste energy worrying about threats that don’t exist outside our own minds.

The next time you need to ask someone a quick question, skip the email and walk to their desk. If they’re in another location, pick up the phone. Don’t want to interrupt? Here’s another option: use email to invite them to coffee or arrange a convenient time to talk.

When my niece started learning to swim, she wouldn’t push off the pool wall unless she could feel me holding her arms. She didn’t trust that I could catch her from far away if the need arose. It took five or six tries with me moving back a little each time for her to believe that: 1) I would always catch her, and 2) she could swim further than she thought. Leading companies often employ this same gradual process to build trust inside the organization.

Gary Hamel told Workhuman Live attendees about one such example at Michelin. Plant managers there wanted to give workers more autonomy, but front-line supervisors were leery of handing over their power. Executives proposed a pilot program. Thirty-eight volunteers agreed to shift some of their power to staff for a fixed period – one year. Having an end date helped mitigate fear – whatever they might feel wouldn’t last forever. At the end of the year, though, participants made much of the change permanent. Supervisors in the pilot group and those watching from the sidelines had enough evidence to trust that employees could, in fact, handle complex work, making everyone more comfortable about codifying new lines of authority into formal job descriptions.

Ease into Biggest Changes with Micro-Actions

In some companies, even a pilot program would be too much too fast. In that case, start small. Really small. One of the breakouts I attended at Workhuman Live was about “micro-actions” – tasks so tiny the risk of failure is virtually zero, or so easy employees have no reason to skip them.

That session reminded me of a program I heard about a few years ago called “Five-Ten.” A company wanted to boost trust and thought they could do it (or at least start) by getting workers to simply acknowledge each other as human beings. They enacted a new policy that if you pass within 10 feet of another person in the office, smile at them. Within five feet, say “hi,” even if you don’t know them. No one pushed back – doing so would make them seem rude and unfriendly. I’m sure not everyone followed the rule, of course. But smiling is naturally contagious and when someone smiles at you it’s hard not to smile back.

As small as it seems, a micro-action like that can improve trust in an office or organization. Research suggests that the act of smiling boosts energy by triggering the release of brain chemicals like serotonin and dopamine. There’s also evidence that seeing a person’s face multiple times makes us more likely to trust them. Why? They’re more familiar and humans’ biggest fear is always the unknown. That can only happen if we look up from our phones and actually notice the faces of the people we see on a day-to-day basis.

UnderArmor CEO Kevin Plank has said: “Trust is built in drops and lost in buckets.” I disagree slightly. Trust can erode gradually (i.e. in drops) too, which is why steps like the ones outlined here are an important part of any company’s trust-building and maintenance program. They won’t make up for a massive breech if it happens –hat can take years. Most organizations, however, aren’t dealing with that kind of trust crisis. Your goal should be to shore up and build on existing trust levels so employees are prepared to deal with whatever challenges the outside world throws their way.

Get Emotional, and Other Tips for Building Trust

A Manager's Guide for Building Trust 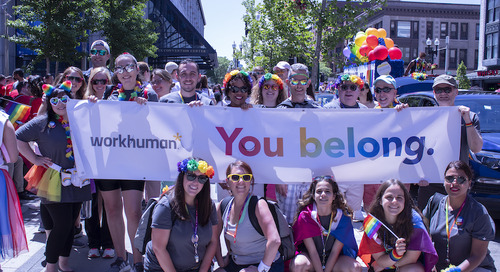 The notion of bringing my complete self to work was so foreign, it hadn’t crossed my mind until I joined Wo... 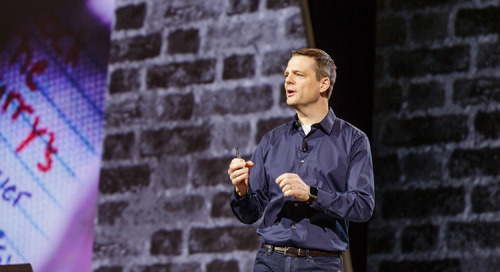 “When you experience giving, you realize that it puts you in a different mindset." This week's Workhuman Ra...