At Zappos, Tony Hsieh hires for cultural fit. No matter how great candidates are or how much of an impact they might make on the bottom line—if they don’t fit, they’re out.

He fires that way, as well. Employees who don’t fit the company culture get canned.

Why? Because Tony Hsieh believes that culture is king. According to an interview he did on bigthink.com, his first company, LinkExchange, was crippled by neglected culture. Outwardly, the company seemed like a great success, he says, but “by the time we got to 100 people, we hired all the people with the right skill sets and experiences, but not all of them were culture fits. And when we got to 100 people, I remember I myself dreaded getting out of bed in the morning to go to the office.”

“If you get the culture right then most of the other stuff will happen naturally,” says Hsieh. “I think that one hire won’t necessarily bring the company culture downhill, but if you keep making compromises like that over and over and over again, I think that’s why most large companies don’t have great cultures.”

It’s true. As a rule, many companies still tend to concentrate more on growth and profitability than culture. While some leaders pay close attention to culture, others defy it or outright ignore it. They do so at their peril, though, because culture has enormous potency.

So, is Hsieh right? Should you fire otherwise good workers when they don’t fit the culture? After all, as James L. Heskett writes in his book  The Culture Cycle, effective culture can account for 20-30 percent of the differential in corporate performance when compared with “culturally unremarkable” competitors.

Maybe. But before you pull out the pink slips, some definitions might be in order to determine just what that culture is and who does or doesn’t fit. First, what exactly is “culture”?

A broad definition is that it is “the shared values and practices of the company’s employees.” But for a more nuanced answer, you need to go back to Anthropology 101. Humans are a social animal. A pack animal. And like all pack animals, we see the world in terms of “us” and “them. We naturally polarize into those groups, wherever we go—from sports arenas to playgrounds to conference rooms. That doesn’t mean all the “thems” are against us, but they are definitely not on the team. One thing is clear, “they” are different—and that often makes “them” harder to work with.

In a great organizational culture, everyone in your company will be an “us”—not identical or uniform, but rowing together in the same direction—whatever that direction is. In a troubled culture, “us” and “them” factions build everywhere, inviting infighting or pointless competition that is destructive to productivity and morale.

That means no matter how much free food, complimentary dry cleaning or water slides you have in your boardroom, if you don’t have an organization full of “us”, you don’t have a cohesive culture, and you’re fighting an uphill battle. That’s why Tony Hsieh fires the folks who don’t fit.

Still, before you start the layoffs, you might want to be sure you have your culture in order. According to Daniel Denison, author of Corporate Culture and Organizational Effectiveness (part of the Wiley series on organizational assessment and change), a good culture (one that positively impacts organizational performance) can be determined by four qualities:

So if your culture isn’t already strong and easily defined by those parameters, consider following this advice from Forbes:

I do think that Hsieh is right. You should only keep (or hire in the first place) the employees who best fit your culture. But first be sure you know what that culture is. And be sure it is the one you want. 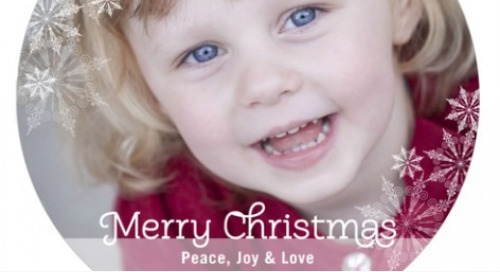 The Holidays and the Blessing of Perspective

Happy holidays from Globoforce, as we discuss reflection and perspective this season. 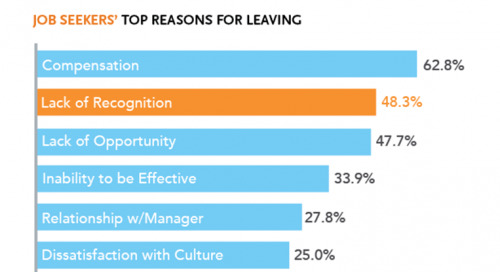 We surveyed 742 employees across the USA to gain insight into workers' attitudes and perspectives on recogn...