A Tale of Two Workforces

Or, Why Contingent Employees Need Engagement, Too.

Charles Dickens knew all about unfortunate employees. His A Christmas Carol character, Bob Crachit, may be the most famously exploited permanent employee in all of literature, partly because Dickens himself was something of a social crusader in his day for better work conditions.

Thankfully there aren’t many employers like Ebeneezer Scrooge left. But I can’t help but think, if Dickens had been born in 1952 instead of 1812, the famous author might have been drawn to the current topic of temporary employees. Who knows, instead of an underpaid clerk, 2013’s version of poor old Bob Crachit might have taken the form of an underappreciated contract employee!

The plight of contingency employees—and those of us who try to manage them effectively—is becoming harder and harder to navigate, and more and more a topic of concern. Where the line between “temp and perm” used to be a simple one that equated to value and commitment, in today’s on-demand world, things have changed. Some of our most valued human capital assets come in the form of contract workers.

The twenty-first century contingent workforce is far more complex and sophisticated—and indeed more mission-critical—than it ever was in the twentieth century. In addition to workers who are filling the “just-in-time” employment gap, we now count large populations of freelancers and highly skilled knowledge workers among our temporary workforce. Some of the most in-demand knowledge workers actually prefer the flexibility of contract work.

This sort of reliance on contingency workers belies our traditional approach to managing them. In the 1980s and 1990s there was no need to engage or win the loyalty of temporary employees. Today–as illustrated by one article on the Workforce Management website– “organizations face a growing need to engage workers […] just as they do their full-time employees to attract the best of contingents, get the best out of them, and preserve a long-term relationship with them.”

We want a long term relationship with these employees. And yet to a large extent, we feel hamstrung when it comes to engaging this important group and ensuring they feel enough loyalty to renew their contracts when we need them to. For one thing, there are legal and administrative barriers that prevent us from treating contingency workers like full-time employees. Legal constraints stemming from Microsoft’s landmark 2000 settlement with its “permatemps” put co-employment issues on the radar. Plus, many companies rely on payroll systems to administrate the recognition, reward and talent management functions that are at the heart of our engagement initiatives–payroll systems that often don’t include contingent workers.

Yet as Oracle has pointed out, we cannot afford to ignore these workers, either. In a recent whitepaper they suggested: “You are going to want to treat most or all of your contingent labor with the same type of development techniques and processes in order to ensure they are producing at the same level as regular workers.”

Easier said than done, sometimes. Treating contingency workers like permanent workers brings with it a host of complexity, in every area from security badges to performance management to reward and recognition. Contractual issues with intermediary agencies might be an issue for some companies, or the legal issues I mentioned earlier. Even simple administrative issues with incorporating these employees into our HCM systems can be overwhelming obstacles.

Yet, the time seems to be ripe for finding ways to jump these hurdles and to try to engage and recognize this critical population. When it comes to reward and recognition, in particular, there are significant benefits of trying to include these important workers into your engagement efforts.

At the least, happy contingency workers benefit your employment brand. Recognition, naturally, will have the same effect on employee effort, productivity and attitude for tempoary as for permanent employees. We are, after all, subject to the same human impulses that drive us to want to thank and be thanked. By allowing contract employees to be assimilated into your culture you can also minimize the cultural disruption that contract workers can sometimes cause. Finally, by showing you value them, you might even encourage your best contingent workers to come on board full-time or to renew their contracts—something that is critical in areas such as science research and contract-based industries like oil and gas.

It certainly is a topic that is worth further thought–and will continue to be discussed as our workforces evolve. In the meantime, Matthew Dickason, COO of Hays Talent Solutions offers the following tips to keep a contingent workforce loyal:

The issue of contingent workforce is not going away. While not every company is ready to tackle the hurdles of incorporating this new population fully, we can certainly all be asking what we can do as employers to ensure we do not neglect this important 20% of our workforce, or leave them permanently out in the cold.

Charles Dickens would be proud. 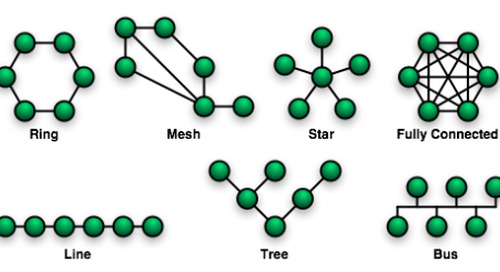 Culture is a network, not a hierarchy

Companies are recognizing the importance of overlaying strong social networks over traditional hierarchies ... 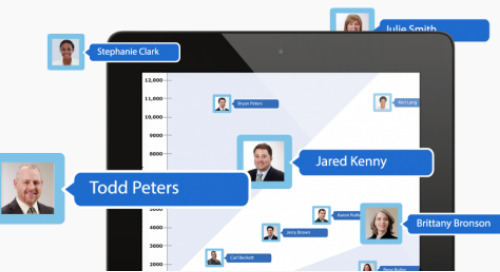 People Analytics and the Wave of the Future

There was a terrific article from the Atlantic Monthly’s site last week about big data and human resources,...