6 TV Programs That Show the Power of Work Friendships

I mentioned in my last post about Facebook’s Say Thanks campaign that you don’t need to stray from your TV to see how the relationships we make at work are critical to the quality of our lives. I referenced a few, but there are many more workplace sitcoms that show the power of the connections you make at work. In no particular order, here are six of my favorites:

I know I already wrote about this show, but I keep coming back to it because it’s been the best representation for the bonds created between coworkers that I have seen. Nothing exemplifies this more than Andy’s speech at the end of the series.

In season 7 of the iconic show, the team is sure that Murray is going to win at that year’s Teddy awards. So much so, that they tell him in advance that he won. He didn’t, but he shares a touching acceptance speech on how much his co-workers mean to him. Even Ted.

This show’s workplace connections went beyond what was featured on camera. For four seasons, we were treated to the unique relationships between the staff at WNYX. Among them, news anchor Bill McNeal, played by the incredible Phil Hartman. When Hartman died in between seasons in 1998, the cast, and the world, was stunned. Hartman was well-liked among his co-workers and was the glue that held the show together (a moniker he earned while on Saturday Night Live). In the next season’s premiere, we learn that Bill McNeal died of a heart attack. Through their grief, the characters take care of each other, while also helping each other with the tragedy in real life. One only needs to look at the following promo to see to power of the relationships between the co-workers at fiction WNYX and the cast that played them.

Tom and Donna both work for city hall and have developed a strong friendship over the years. Whether they are commenting on each other’s social media accounts, or sharing the latest gossip, there is a strong bond between them. They even work on extending that bond to bring in other coworkers. Nothing exemplifies this more than their annual “Treat Yo Self” day.

I was in college when they started putting full seasons of this show on DVD and it was a godsend. Not only did this show make science cool again, the deep interaction between characters kept us watching. These co-workers were like a family, built upon respect and led by their patriarch Gil Grissom. In fact, when Warrick Brown died in season 8, we see how close this ‘family’ really is.

Nothing has been stronger on this show than the bond between Cristina Yang and Meredith Grey. Throughout their time at Seattle Grace, they’ve endured everything from near-death accidents to gunmen. Yet, through all of this, they rely on the bond they have together. As the clip below shows, they are each other’s “person.”

Throughout the decades, popular entertainment has highlighted the relationships we make at work. Why? Because these relationships are so powerful that anyone who has ever worked in an office can relate to having one. When you retire, what are you going to remember more? The individual projects you work on? Or, the people you worked with? As our latest Workforce Mood Tracker shows, it’s these connections that power us through the work days and keep us engaged. 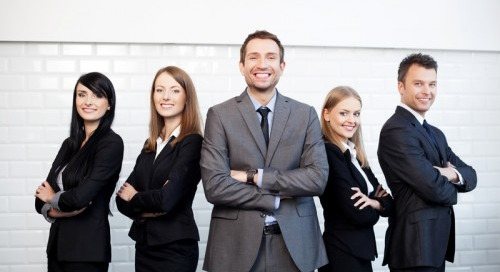 An eBook for the International Day of Happiness

March 20 is the International Day of Happiness, according to the United Nations. How can you make employees... 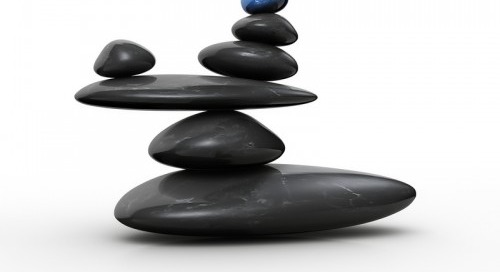