“Employees should be happy they are employed.” “Why should I have to thank someone for doing their job?” “Praise makes no difference.” These are some of the sad excuses leaders sometimes make for not recognizing, encouraging and appreciating their employees enough.

As crazy as it sounds, there are still folks out there who think praise and public encouragement don’t make a difference. Allow me to present five cases from the history books to help change their minds. In each of these five instances, timely recognition and praise played a key role in creating the world we know, today. 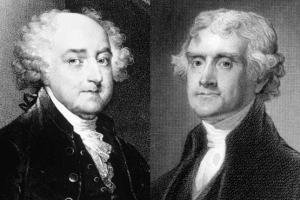 Most people know that Thomas Jefferson was the main writer of the Declaration of Independence. What fewer people know is that he wanted nothing to do with writing it. He was chosen to draft the declaration because he was a Virginian. Jefferson was reluctant, and thought John Adams was a better choice. Adams disagreed. Here’s what he had to say about Jefferson:

“Mr. Jefferson came into Congress in June, 1775, and brought with him a reputation for literature, science, and a happy talent of composition. Writings of his were handed about, remarkable for the peculiar felicity of expression. Though a silent member in Congress, he was so prompt, frank, explicit, and decisive upon committees and in conversation – not even Samuel Adams was more so – that he soon seized upon my heart; and upon this occasion I gave him my vote, and did all in my power to procure the votes of others.”

Adams publicly sang the praises of Jefferson and that vote of confidence led to the drafting of one of the most influential political treatises in western history. 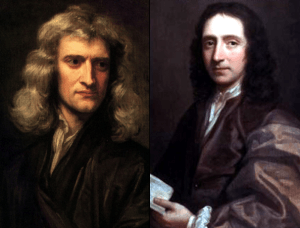 When English astronomer Edmond Halley (the guy with the comet named after him) was still at Oxford, he became very interested in the topic of planetary gravity and finding a proof for Kepler’s laws of motion. In 1684, he journeyed to Cambridge to talk over his ideas with Sir Isaac Newton. To his surprise, he found that Newton had already solved the problems he was working on, but had not published his work. (Newton had, in fact, lost the calculations.) With Halley’s encouragement, Newton recreated the work, and Halley arranged for it to be published in the book which would become the famous Philosophiae Naturalis Principia Matematica. Halley even paid for the publication out of his own pocket. In 1686, Halley even wrote a hexameter poem in Latin recognizing Newton for his genius. It was published in the preface to the groundbreaking book. Here are the (fantastic!) closing lines:

“Then ye who now on heavenly nectar fare,
Come celebrate with me in song the name
Of Newton, to the Muses dear; for he
Unlocked the hidden treasuries of Truth:
So richly through his mind had Phoebus cast
The radiance of his own divinity.
Nearer the gods no mortal may approach.”

I’m pretty sure I’ve never written a recognition that included words about someone’s “radiance of divinity”, but I may! If Halley hadn’t, we might never have seen Newton’s greatest masterpiece and the fundamental basis for modern science. 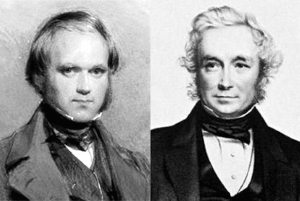 Did you know that Charles Darwin almost never made his famous voyage on the Beagle, which led to his theories of natural selection? His father was dead set against the idea. If not for the encouragement and recognition of Darwin by his Cambridge professor John Stevens Henslow, Darwin would never have had the chance or the confidence to go for it. Henslow recommended Darwin highly to the ship’s captain, and he encouraged Darwin make the journey in a series of letters.  In one, Henslow wrote: “Don’t put on any modest doubts or fears about your disqualifications for I assure you I think you are the very man they are in search of.” And in another he said: “I am quite sure that you are the right man for the expedition you have undertaken, & that there is in you every thing that is wanted to make it turn out favorably.”

Here’s how Darwin himself remembered Henslow’s constant flow of written support and encouragement:

“Professor Henslow recommended me, as one who knew very little, but who, he thought, would work. I was strongly attached to natural history, and this attachment I owed, in large part, to him. During the five years’ voyage, he regularly corresponded with me and guided my efforts; he received, opened, and took care of all the specimens sent home in many large boxes; but I firmly believe that, during these five years, it never once crossed his mind that he was acting towards me with unusual and generous kindness.”

We’re becoming more and more aware of the importance of mentoring in business today. Without Henslow’s mentoring of Darwin, On The Origin of the Species might never have been written. 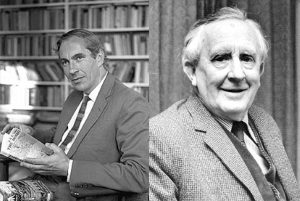 This one is more about cultural history. It turns out that the fate of JRR Tolkien’s The Hobbit once lay in the hands of a ten year old boy named Rayner Unwin, who previewed children’s books for his father for a shilling apiece. Tolkien, an Oxford don, wrote the story in 1930-32 but did not have it published. For years it quietly made the rounds among Tolkien’s friends, until one of his students lent it to a staffer at Allen & Unwin publishers. Stanley Unwin gave the book to his son, and ten year old Rayner immediately recognized its appeal. His review was as follows:

“Bilbo Baggins was a hobbit who lived in his hobbit-hole and never went for adventures, at last Gandalf the wizard and his dwarves persuaded him to go. He had a very exciting time fighting goblins and wargs. At last they got to the lonely mountain: Smaug, the dragon who guards it is killed and after a terrific battle with the goblins he returned home—rich! This book, with the help of maps, does not need any illustrations. It is good and should appeal to all children between the ages of 5 and 9.”

This was enough for Unwin senior, and in 1937, because of the recognition of friends and one little boy, the book was published that launched the fantasy genre and inspired generations of writers and readers. 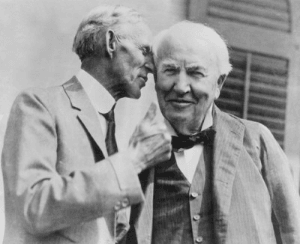 Henry Ford’s first engineering job was in the Edison Electric Illuminating Company in Detroit. But his dream was to build a better horseless carriage—one that ran on gasoline. Sadly, Ford could find little encouragement for his ideas. Then he got recognition from an influential and unexpected source: father of electricity and company boss Thomas Alva Edison. At an annual convention in NY, Ford showed Edison the designs for his gas car, and Edison banged his hand on the table, saying: “Young man, that’s the thing; you have it. Keep at it. Electric cars must keep near to power stations. The storage battery is too heavy. Steam cars won’t do, either, for they require a boiler and fire. Your car is self-contained—carries its own power plant—no fire, no boiler, no smoke and no steam. You have the thing. Keep at it.”

“That bang on the table was worth worlds to me. No man up to then had given me any encouragement. I had hoped that I was headed right, sometimes I knew that I was, sometimes I only wondered if I was, but here all at once and out of a clear sky the greatest inventive genius in the world had given me a complete approval. The man who knew most about electricity in the world had said that for the purpose my gas motor was better than any electric motor could be.”

The next year, when Ford was offered a promotion in Detroit—on condition he give up his idea of a gas car—Edison’s recognition gave him the confidence to quit his job and go into the automobile business.  And we all know how that turned out!

There are hundreds of thousands of stories just like these out there—of the power of a little public praise, mentoring and encouragement.  Do you have any to share from your world? 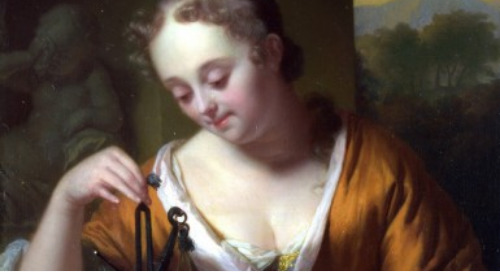 What Organizational Virtuousness Is — and Why You Want It

Organizational virtuousness is more important than you might think in building resilience and a great compa... 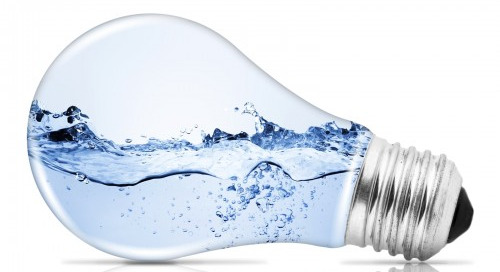 Happiness, Flow, and How to Be a Better Leader

A few tips from positive psychology on enabling employees to reach a state of flow to ensure happiness, pro...