The HR Tech World Congress in Paris has just concluded (in a most magical way) and it was fantastic. This year had a terrific showing, with around 3,500 reported attendees. I wanted to take a moment, before we head home, to do a little recap of some of the major themes coming out of this year’s show.

From open to close, the strongest drumbeat by far at this year’s conference was one of simplification. “We use I.T. to automate mess,” said opening keynote speaker Yves Morieux from BCG, “not to manage complexity.” Yet simplification is the key to efficiency and engagement, he said. In fifty years, Morieux argued, we have not seen a significant shift in how we organize ourselves at work, and the time has come to apply smart simplicity to the way we manage people.

Simplifying work also made Josh Bersin’s list of top HR concerns, with 71% of HR practitioners citing it as an issue. Laurent Geoffroy from Alcatel-Lucent cited “Simplify” as the first step on that company’s journey of transformation. David Goren from Astrozeneca cited the need to simplify complex systems and get workers back to their actual work. Edith Lemieux from Air Liquide talked about ‘process harmonization’ and CocaCola’s David Crumley urged the audience to “continuously find ways to make it simple.” Crumley’s advice on building a simple, sustainable integrated platform: “100% cloud and 100% mobile is absolutely key.”

AOL’s David Shing, who writes about social, brands, and technology, also jumped on the simplicity bandwagon. “Simplicity is the ultimate sophistication,” he told the crowd. “Focus cuts clutter.”

Another point Morieux kicked off early on was the importance of recognizing the humanity and the individual in our employees, and emphasizing what he called “human relationships and human touchpoints.” In an environment devoid of this, said Morieux, “Disengagement is not a sign of mental weakness—it is a sign of mental health.”

Sir Richard Branson also emphasized the importance of a human workplace, and allowing employees to celebrate their individuality. “Why did Virgin Atlantic survive with one plane, when all our competitors went bankrupt?” he asked, “ Because of the people.” Allow individuality to encourage creativity, he advised the audience—and then listen to what your staff is saying. “Being a good listener is key to bring a good leader,” said Branson.

“HR should stand for Human Relationships,” said David Shing, showing how technology is fully integrating into our lives, but cautioning against seeing it as a panacea. “Technology,” he said, “changes behavior, not needs.” Understanding human needs is half the job of meeting them, he told the audience, echoing Branson’s advice to listen. One of his six takeaways was “Don’t be a robot.”

Collaboration is certainly not a new theme for HR, but this year’s show reverberated with conversations about cooperation—not only among people—but between people and technology. Naomi Bloom and Phil Wainwright both cautioned their audience to consider the collaboration not only of people with people, but people with technology. “How are you going to onboard your robot workers?” Bloom asked.

Or between people through technology. “Productivity surges only when we combine technical and organizational information,” said Yves Morieux, “and HR is at that intersection.”

Morieux also listed three ways to liberate the initiative, judgment and energy of employees (leadership, cooperation, and engagement). Of these, he said, the most critical is cooperation—because when we don’t cooperate as much as we should we need more resources. How can you measure cooperation? By looking at the contribution of each employee to the productivity of others. This, of course, echoes what Adam Grant told the WorkHuman conference in June, when he suggested we build a culture of givers. (Incidentally, social recognition is a wonderful way to measure and manage this sort of cultural shift.)

Lean and Continuous Improvement models have definitely found a home in HR, according to this year’s buzz. David Crumley, VP of HRIS and Continuous Improvement shared how the soft drink giant has used Six Sigma and Lean philosophies to drive strategy and “the art of the possible” at Coca-Cola. He emphasized an iterative approach and a desire not to achieve perfection immediately but to “keep doing better.”

This philosophy was also recommended by the analyst panel that featured Holger Mueller, Naomi Bloom, Phil Wainwright, and Josh Bersin, who encouraged companies to choose vendors not solely based on today’s features set, but also on “where the company’s roadmap is going compared with your own.”

In her session on implementing social recognition at Nokia, Nicole Robertson also stressed the long process of improvement that her company has been on, and the role Globoforce recognition has played in their success. “Recognition has had a huge impact on our cultural change,” said Robertson.

Feedback, said Josh Bersin in his session, is the ‘killer app’, and recognition was one of the most consistent themes in this year’s conference. Bersin told his audience: lack of positive feedback at work is causing disengagement and anxiety. Yves Morieux also mourned the stagnancy of engagement and productivity, blaming managers who “are too busy with process and meetings to engage in important activities like recognition.” In his six rule paradigm for smart simplicity, Morieux included Rule #6: Reward those who cooperate.

In her session on implementing social recognition, Nokia’s Nicole Robertson also emphasized the importance of recognition as a tool for driving engagement and creating a stronger culture. “Recognition is about appreciation. It isn’t a compensation act,” she told a packed room. Robertson shared a comment from one employee who wrote “The Recognize Excellence tool is one of the best innovations in the company. Thank you!”

Over the past years of this conference, recognition has become increasingly more common as a topic, and is clearly now regarded by European practitioners as a critical component of an engagement strategy and a proven method for building a positive and happy work culture.

Were you at HR Tech World Congress? What were your top takeaways? 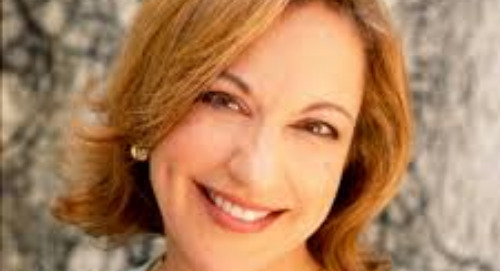 A Year Looking on the Bright Side 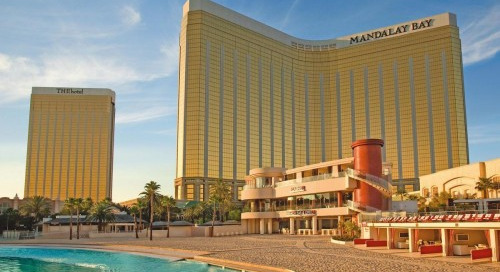 Read about 5 trends from the 2015 HR Technology Conference and Expo in Las Vegas.