4 simple ways to stop emotions from holding you hostage 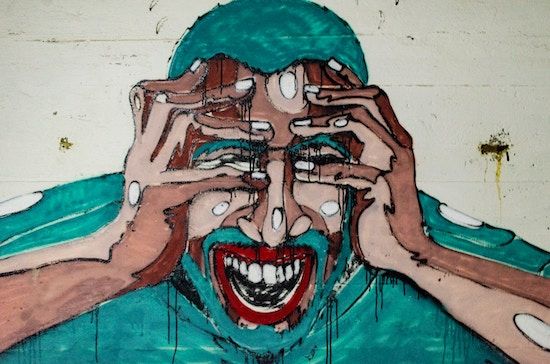 Being productive at work requires that your team work through difficult issues and get on with executing. Unfortunately, if your team is like most I work with, you probably have a few key decisions that you are ducking, dodging, and deferring for fear that someone will get emotional if you raise them. The result for many teams is costly conflict debt – a pile up of contentious issues that no one wants to touch with a 10-foot pole. Conflict debt stalls productivity, erodes trust, and creates stress. If we’re going to make work more human, we need to stop fearing emotions and find a way to work through them so we can get out of conflict debt.

(Click here to listen to Liane's interview on Workhuman® Radio)

Why are we so afraid of emotions in the first place? For me, it goes back to childhood. What about you? Did you ever inadvertently make another kid cry, only to find yourself in trouble? In that moment, you learned; first, that emotions are bad (at least the grown up seemed to think so); and second, that someone else’s emotional outburst could be your fault. It’s no wonder you’re now tiptoeing around the office trying to make sure you don’t upset anyone.

Those early norms about emotionality carry over to the workplace where you probably were told that being angry, or yelling, or crying is unprofessional. So cut yourself some slack if you are avoiding situations where someone might lose control – you’ve been set up to avoid emotions your whole life.

While it’s easy to understand where your fear of emotional outbursts comes from, it’s time to change your mindset. Avoiding emotions isn’t working for you or for your teammates. If you’re the one who’s upset about something, bottling it up will make you resent your colleagues. As Nelson Mandela said: “Resentment is like drinking poison and hoping it will kill your enemies.” What’s worse is that trying to repress your emotions seldom works for long. It just makes it more likely that your emotions will catch you off guard and spill out in the most ungraceful way and at the most inopportune time.

It’s just as problematic to try to avoid other people’s emotions. If your teammate is feeling frustrated or angry or hurt, avoiding the issue only drives it underground – shunting negative emotions into gossip, passive-aggressiveness, and sarcasm instead of getting the issue on the table where you can understand and resolve it. If we’re going to make our workplaces more honest, trusting, and productive, we need to stop fearing emotions and start seeing them as a normal part of being personally invested in our work, which is after all, a good thing.

Here’s a four-step process you can use when you encounter emotions at work. You can even use this method on yourself!

When you’re in the middle of a conversation about facts and logic and suddenly you start to see emotions on display (or feel them, if you’re doing the exercise on yourself), don’t let the emotions hijack the conversation. Instead, think about those emotions in a new way.

Think of the emotions like pain. Sure, pain is unhealthy if it’s prolonged, but in short bursts, it’s a very useful diagnostic symptom that alerts us that there’s a problem. Let me give you an example. I have a bad shoulder at the moment. If I raise my right arm above my head (which I seem to do every time I get really into a speech), I get a flash of pain that radiates up into my neck. That pain is a very helpful warning that I need to put my arm down because I’m injuring myself.

Now think of emotions the same way. If you’re going about your meeting and someone starts to get emotional, that’s a helpful warning that somehow that person is being injured. Don’t think of it as an attempt to sabotage the meeting. Don’t get all fussed that emotions are unprofessional. Just start asking yourself, “What in this situation is injuring that person?”

If I ignore the pain in my shoulder and keep waving my arms above my head, that pain gets worse. My body tells me to pay attention! If I pay attention and put my arm down, the pain recedes. The same is true with emotion. If you ignore the emotion it will tend to inflame. Instead, show the person that you’re noting the issue in a way that will make the emotions fade.

The best way to do this is by saying something that makes the person feel validated, rather than making them feel embarrassed or defensive. If someone starts yelling or crying, my go-to line is, “This is important. What do I need to understand?” By focusing on the importance of the issue, rather than on the emotional response, you’ll make the person feel heard and seen without making them feel sheepish for being emotional. That very first line is the most important in setting the course for the conversation. Validating the person will calm things down and help you get to the underlying issue.

Emotional injuries at work tend to be self-inflicted. That is, it’s often not the reality of the situation that’s hurtful, but the way the person is interpreting the situation. To uncover the underlying injury so that you can start to heal it, ask good open-ended questions. Examples include, “What risks are you anticipating?” or “Give me an example of what you’re thinking,” or “What does your gut tell you?”

Great questions are mostly blank canvases that allow the person to project their values and beliefs back so you can see them. Reflect back the answer you get to your first question and pose a second, this time starting to zero-in on what’s really going on. “You’re worried that we’re ignoring how this decision will land with your team. How do you think they’ll interpret this?”

This line of questioning was one I used with the chief medical officer of a large teaching hospital who had begun to cry in an executive team meeting. In response to my question, she was able to articulate that she felt the physician’s perspective was being ignored and she felt she was not being an effective advocate for those who were counting on her.

Once you validate the person and help them interrogate their own feelings, the emotion will start to dissipate. It will still be there, but it will likely have weakened to the point that you can continue through it. Your questioning will have given both of you a better sense of the real issue (the injury) that caused the emotions, and that’s when you can pivot to finding a solution.

Start by acknowledging what you now know and then ask a question that will turn the person toward action. For example, “You’re worried that the physician’s perspective hasn’t been understood. What else would you like us to weigh in our decision?” Getting this question right is important because you don’t want to take the responsibility onto yourself. That is where you could get into a bad habit of letting emotion equate to a loss of accountability. Instead, leave the onus on the other person to at least suggest a path to resolution.

By this point, you’ll start to see relief on the person’s face. For the most part, I find people are grateful that you had the patience and the concern to help them surface their issues and get to the other side of them. You’ll notice that they trust and value you more once you have experienced something like this together.

We’re human and humans have emotions. The reason these emotions turn into productivity-killing drama is that we try to avoid them, often being held hostage by them. The secret is to learn to address them. Use this quick four-step approach to work through emotions so you can get to the other side of them instead of driving them underground.

All the feels: setting the stage for employee experience

Get emotional, and other tips for building trust

The case for getting emotional at work

Liane is the best-selling author of "You First: Inspire Your Team to Grow Up, Get Along, and Get Stuff Done," and co-found of 3COze Inc. 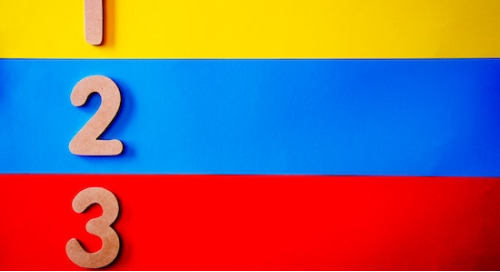 The shift from appraisals to conversations, one-way reports to two-way feedback, and from managing performa... 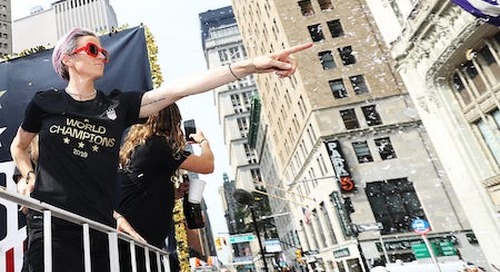 The roar of the crowds at the FIFA Women’s World Cup and the parade in New York City for the U.S. women’s s...