Home » RecognizeThis! » What GE, Accenture, Adobe and Microsoft Have in Common
× Share this Article

What GE, Accenture, Adobe and Microsoft Have in Common

Recognize This! – More and more companies are turning a critical eye on the traditional annual performance review process as the primary means for employee feedback.

This month, Derek Irvine wrote a couple of posts on Compensation Café about decoupling pay from the performance review process. Drawing from the news about Accenture ending the traditional performance review process, Derek parked a conversation among readers about why we seem to stick to what we know is a challenged process. Readers chimed in, with comments seeming to focus on the fear factor as the primary reason for preserving the traditional annual performance review as the primary means for employee feedback. That fear appears to be driven largely by:

And then Quartz published this news story hit late last week that GE – originator of the “rank and yank” stacked performance review process – is ending the annual review, too. The article confirms these assumptions, pointing out:

“As much as researchers and many employees might applaud the decision, it doesn’t mean it’s going to be easy. There’s a reason reviews have stuck around for so long, and it’s hard to overemphasize how entrenched the annual review has become. It’s the way most were raised as employees, a huge part of their workload, and a comfortable framework to administer and to defend pay, promotion, and firing decisions.”

“It existed in more or less the same form since I started at the company in 1979. But we think over many years it had become more a ritual than moving the company upwards and forwards… The world isn’t really on an annual cycle anymore for anything. I think some of it to be really honest is millennial based. It’s the way millennials are used to working and getting feedback, which is more frequent, faster, mobile-enabled, so there were multiple drivers that said it’s time to make this big change.”

How does this new approach work at GE? The Quartz story explains:

“The new app is called ‘PD@GE’ for ‘performance development at GE.’ … Employees can give or request feedback at any point through a feature called ‘insights,’ which isn’t limited to their immediate manager, or even their division. Normally, you never get that feedback unless you manage to track someone down the next day, which people rarely do, and only from a direct manager. If you wait for an annual review, any specifics are probably long forgotten… There’s an emphasis on coaching throughout, and the tone is unrelentingly positive. The app forces users to categorize feedback in one of two forms: To continue doing something, or to consider changing something.”

This is very interesting. If we want to help our employees achieve their best work, we can no longer kowtow to the fear of lawsuits, pay discussions or poor managerial practices. We must not cater to the lowest common denominator. We must instead look to ways that people best receive and process feedback, both positive and constructive.

That's Eric Mosley's message in his book The Crowdsourced Performance Review we need both the informal and formal, manager-driven and employee-empowered. Achieving change and refining a deeply embedded if flawed process, is not easy of course. It’s going to take more and more companies not just replacing or revising the traditional review process, but also sharing publicly how they are avoiding or overcoming the perceived fears as GE is now doing.

How are reviews handled in your organization? What are the perceived benefits or detriments to the approach? 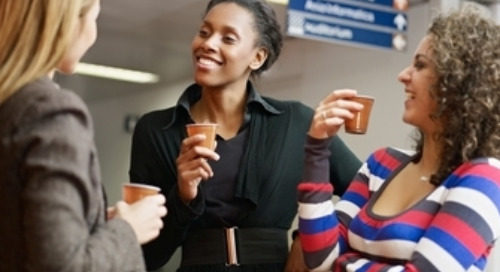 Rubbing elbows with management at company outings might not get you as far as making friends with your cowo... 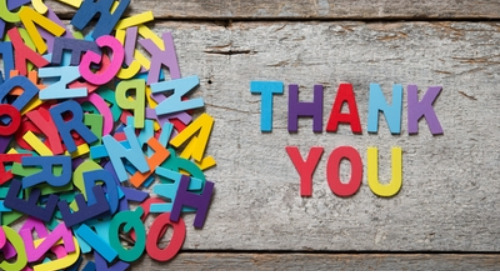 A Master Class in Recognition Messages from The Daily Show

Great messages of recognition require details about the meaningful and long-lasting impact the recipient ha...