Home » RecognizeThis! » The Best Company Cultures are Neither “Work” nor “Human,” but Both!
× Share this Article

The Best Company Cultures are Neither “Work” nor “Human,” but Both!

Recognize This! Culture needs to be about the work and the people of an organization to truly be “WorkHuman” and drive performance.

For this WorkHuman Wednesday post, I wanted to return to the notion of organizational culture that I wrote about a few weeks back. In that post, I made the argument that values-based recognition has the powerful ability to create a “one company” culture. Intuitively appealing, this concept evokes a single culture that can enhance a business’ performance and competitive advantage. But with all things business, especially those that are people-related, reality is not nearly so straightforward.

The key to making the idea work is to draw a crucial distinction that helps us really understand what a single “one company” culture looks like. In short: even a singular culture is not necessarily one-dimensional.

What happens when we do think of culture as one-dimensional? We frequently end up with a forced dichotomy, ascribing either a “work” culture or a “human” culture to the performance of the organization. This idea dates back to the days of classic versus humanistic organizational theory.

Let’s ground the comparison in something a little more concrete. For some companies, culture can end up emphasizing the work over the people, capturing what the business is all about. This could be a focus on what kind of products and services are valued to customers or the way processes are organized, instead of how people get the work done.

At the other end of the spectrum, a culture can actually emphasize the people over the business, focused on keeping harmony at the expense of the ability to make difficult decisions and allocate resources, for example. One-dimensional cultures like these are a lens capturing only half of the organization.

What happens when we think of culture as multidimensional? It becomes much more complex and nuanced, often made up of several different sets of underlying assumptions and beliefs about the way the organization has come to be (or wants to be), with each set focusing on some unique aspect of the company. In other words, a company can focus on both the “work” and the “human” aspects of culture, to truly create what I have referred to as a “one company” culture that all employees share.

A WorkHuman culture is focused on the people doing the work, how they are organized and come together to achieve a shared mission, emphasizing the role of employee wellbeing, purpose, and happiness. These days there is increasing awareness of the need for a “WorkHuman” movement, focused on empowering organizations with cultures that simultaneously address how work is accomplished, how people are treated, and the necessary relationship between the two to really achieve success.

As researchers and practitioners alike have argued, the “human” side of culture is seen as foundational in that relationship, enabling the organization to develop and retain the talent that executes upon the “work” side of culture, ultimately driving performance.

Start-ups and companies that tend to be among the Best Places to Work often understand the importance of this relationship. Take for example, the stories of Zappos or WL Gore and General Mills. Jet.com also made headlines recently for their emphasis on employee happiness and fairness as a driver of their pursuit of the online retailer trifecta: great selection, low cost, and fast delivery. Ironically, these are often the same companies that may worry less about employee engagement, because this notion of camaraderie, well-being, and discretionary effort is already baked right into the culture, as a shared assumption about the way people work together and the way work gets done.

Imagine this in a world where a reported 98% of CEOs ignore the data from those engagement surveys! How well does your own company culture address both sides of the “WorkHuman” culture? 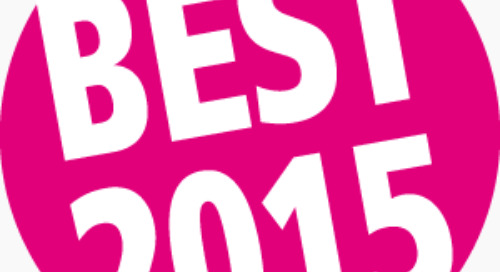 Many Thanks for 2015: Favorite Posts

Recognize This! -- WorkHuman, The Power of Thanks, and many more exciting developments from 2015 lead to a ... 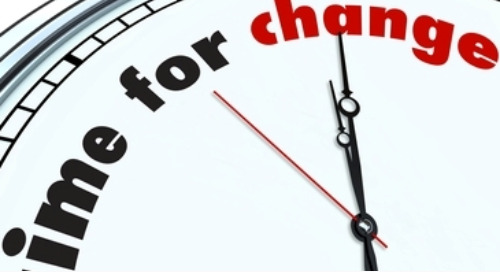 Recognize This! – Time is an irreplaceable resource. How we use our limited time is a choice.