Recognize This! -- Does your service anniversary program suffer from low expectations? Set loftier goals as the first step in adopting a modern approach that delivers results. 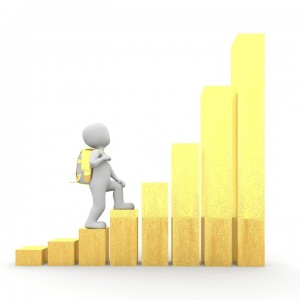 The topic of anniversary program benefits is a curious one. For years it was widely assumed there weren’t many, frankly. While we can’t expect them to carry the full load of our organization’s recognition needs, we should expect today’s programs to deliver results – because with a more modern approach they can. The days of these programs languishing as historical “must haves” while delivering no tangible return are over.

Much of the HR community has succumbed to decades of low expectations with these initiatives, and research shows that the results achieved reflect the low bar that’s been set. When we asked employees directly about these same topics in a survey the year prior, the majority reported an underwhelming experience with their company’s anniversary program. Employees’ expectations for a rewarding and meaningful experience have outpaced HR’s expectations for business impact, resulting in a situation where we’ve left a ton of opportunity on the table. The good news is we can catch up.

Consider what you’re offering today and focus on improvements in these areas:

A word of caution about letting the pendulum swing too far in the other direction. No matter how well your program ticks the boxes above, it will be most effective as a component of a comprehensive, global recognition strategy. As the service anniversary experience evolves to deliver more than it used to, it can’t substitute for a corporate-wide commitment to day-to-day social recognition linked to your business strategy.

While improvements in retention and engagement seem mundane compared to the outcome of the recent news-making service award, there’s proof positive that this is exactly what we should expect. Think big about what can be achieved with a modern approach to service anniversary recognition and watch it deliver.