Recognize This! – To be effective, recent research suggests incentives are best paired with recognition.

Whether or not incentive programs are effective has been a long standing question, spanning multiple academic disciplines. Some point to studies demonstrating the motivational potential of performance incentives, while others point to a “crowding-out” of intrinsic motivation when incentives are present. Given the data that has amassed on either side of the debate, where do we stand today?

Some recent research may help shed light on this question. Using a field experiment to assess the conditions when incentives become more or less effective, several interesting findings emerged. First, the authors found that the use of monetary incentives alone actually contributed to decreased performance, where the task was simple data entry of sports data in exchange for base plus piece-rate pay. Initially, one might assume that incentives crowd out the intrinsic interest and value that workers may place in a task.

A second set of findings, though, provides some more color to that conclusion. The researchers found that incentives, when combined with motivational language, actually resulted in improved performance, in terms of both quality and quantity of work. According to the study, motivational language is defined as conveying the value of the task at hand, as well as the manager’s affirmations of a worker’s conscientiousness and ability to complete the task – in other words, recognition and praise. This suggests a combination of incentives and detailed messages of recognition can avoid the pitfall of overcrowding intrinsic motivation.

At this point, a business leader may be asking, so what if we just cancel the performance pay program and train managers to give motivational speeches? Well, it turns out to not be quite that simple. The research found that motivational language alone was unrelated to performance. These results help us to understand that it’s both the actions and the words of incentive strategies that truly matter, rather than relying on either in isolation to help drive performance.

All of this got me thinking about the variety of ways compensation and rewards professionals can leverage these findings in practice. One approach may be to shift incentive budgets towards activities where dollars and motivation are more natural bedfellows.

Take for example, a recognition and reward strategy where this might be the case. First, a message of recognition explicitly signals the value and meaningfulness of someone’s contribution to the team and the appreciation of their coworkers. That message, coupled with a reward commensurate with the value of the performance effort, contributes to both of the motivational forces identified by the research. The result is the reinforcement of high-performing behaviors, as well as a signal to others in the company about what success looks like.

What have you seen work when it comes to the effectiveness of incentives and recognition?

What You Get From Giving

By enhancing meaningfulness, employees and employers can amplify benefits. 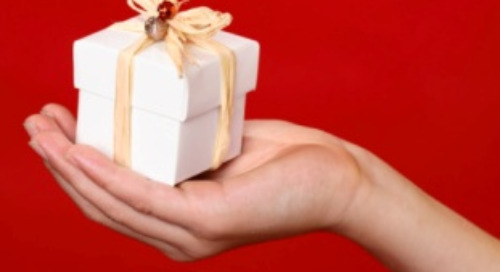 Employee Appreciation Day is good, but year-round social recognition is much more impactful.