Home » RecognizeThis! » Leaving Behind, Moving On
× Share this Article

Leaving Behind, Moving On

Recognize This! – Too many good employees leave out of boredom. Identifying areas of interest for new career paths can keep top employees engaged and on board.

Last night marked the start of a new era in late night television in the US with Steven Colbert’s debut as the host of The Late Show on CBS, long the home of David Letterman. But this wasn’t just the start of a new host on a late night show. This was also the laying to rest of Steven Colbert’s fake persona of nine years, the “well-intentioned, poorly informed, high-status idiot” that Steven Colbert (the real person and comedian) created and who helmed the nine-year run of the “Steven Colbert Show” on Comedy Central. Colbert left behind a tremendous body of work in order to move on in his career.

If we use Colbert’s career trajectory as an object lesson, last night was certainly momentous. Think about it. He spent nearly a decade creating a beloved character, watched by millions. He had a very successful career, was quite popular, and likely still had many fruitful years ahead of him as his blowhard alter-ego. Yet he was growing bored.

In interviews, he has said he wanted to be able to interview interesting people in his own voice. To do so, he had to leave behind years of work and step out into the unknown to prove himself once again. But the risk was worth it for the excitement of something new.

I wonder how often that same feeling is true for our employees and fellow colleagues at work. I know in my own career history, I’d love my work until I became bored. Then I’d be onto the next company, looking for the next challenge. I’m pleased to say I’ve more than doubled my prior tenure record in my time with Globoforce. And that’s because of the opportunities I’ve been given to grow, stretch and, yes, even fully reinvent myself here.

When we think about how we retain employees, often top of the list is being sure we’re creating “career development paths” for employees. But how often are those paths real or in alignment with the true desires and wishes of the employee? How do we help those we manage find a future path that both invigorates and inspires them personally while also furthering the success goals of the organization?

One of the easiest yet most profound ways to do so is through social recognition that encourages peers as well as managers to recognize and appreciate those who have helped them on their own projects or goals. When people are both encouraged to help others across traditional silos of teams, divisions and geographies – and then recognized and rewarded for doing so –leaders can begin to capture very interesting data on where their team members may be choosing to give discretionary effort to help others outside their usual roles.

This information can be very useful in career pathing discussions to help people identify those areas they seem to enjoy and help them pursue those interests without having to leave your organization to move on in their careers.

How do you gather information on employee interests for career planning discussions? Do your managers have information easily to hand to fuel these important conversations? 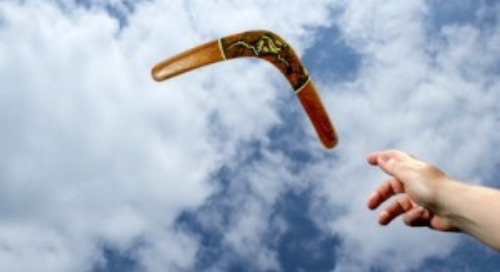 Do You Miss Us Yet?

Reminding alumni employees of the recognition they received for their contributions to meaningful work is p... 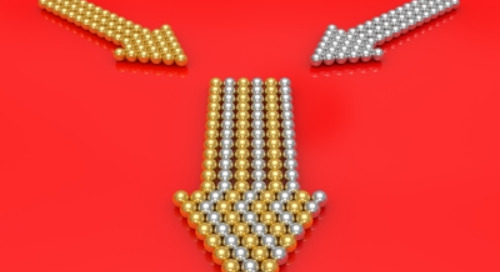 Achieve the Power of Thanks through Multiple Recognition Channels

When employees have multiple channels to share recognition, the benefits grow exponentially.