Recognize This! – Respect is a foundational element of working more human, in any work environment. 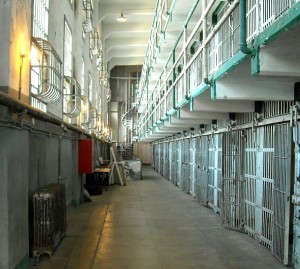 What’s the most inhumane work environment you can think of? Hard field labor in the blazing sun? Dangerous construction or energy work? After listening to an NPR interview with a Mother Jones reporter who went undercover as a prison guard in a for-profit prison, I’m thinking prison certainly makes the list of potentially the most inhumane work environments. And I’m talking about the conditions for both prison employees and inmates.

If working human means we strive to celebrate the strategic, business and human imperative to bring more humanity back to how we work and how we work together, we would be remiss if we also didn’t consider who we work for. In prison work, the community of law-abiding citizens would ultimately be the customer. I would argue the inmates are customers, too, in that by better serving the inmates as humans in need, we can reduce recidivism and improve outcomes for the greater community when prisoners serve their time and return to that community.

So, how can we make prisons more human for everyone involved – the correctional officers as well as the inmates? Bob Garvey serves as an excellent example. He is sheriff of Northampton, MA, and is retiring after more than 30 years as the superintendent of the Hampshire County Jail and House of Correction. Highlighted in a Boston Globe report, Garvey’s work to honor the humanity – all of the humanity – within the correctional system is inspiring and a lesson in why working more human matters.

Throughout the article, the clear respect officers and inmates have for each other is clear. And it’s that respect that lays a foundation for better outcomes for everyone. Respect shows itself in three ways:

“We’re also trying to create an atmosphere here,” Garvey says, “where the employees feel safe and positive about what they’re doing for the client population… One of the most important things we do is screen the people who want to work here. We want people who aren’t overly aggressive and who really think. All our officers are heavily trained. They know how to de-escalate. We want both sides to respect each other.”

“They used to think that punishment was cleansing,” Andrea Cabral, former Massachusetts secretary of public safety, said in 2014. “We now know that’s not how humans actually work.” “Most of these guys come in angry,” [Garvey] continues, “and if they’re angry, addicted, or even hungry, you can’t treat them. To get their attention, you have to get the drugs out of their system, feed them, show them respect, and hope they’ll deliver the same back. And, surprisingly, when they get over the shock of being treated well — at first they think we’re toying with them — they usually do.”

"Garvey and his staff regularly have meals in the cafeteria with the inmates, sitting at the same rows of shiny stainless steel tables and eating the same food as the inmates… Garvey sees eating together as a way to show that but for different circumstances and behaviors, staff and inmates are all the same. It’s also a way for him to connect."

What kinds of results can be achieved when we respect the humanity in everyone? In Garvey’s world, the success is clear. 3 Signs of WorkHuman Culture – in Prison

How did Garvey manage to accomplish this? Perhaps it’s because he wasn’t trained in corrections. In a nod to lessons learned in Adam Grant’s latest work Originals, “Garvey’s knowledge of corrections is largely self-taught, which his supporters see as a good thing, allowing him to approach problems in a different way.”

How can you approach WorkHuman challenges differently in your organization? What small teaks could you make to build respect, connections, and ultimately better outcomes?