Recognize This! – Positive feedback has more power than negative criticism for boosting performance. 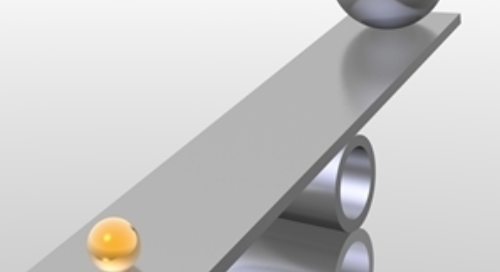 In an article sure to inspire a good bit of negative “kids today!” comments, the Wall Street Journal recently published an article on a “kinder, softer” approach to performance management and the performance review process. Here’s an excerpt:

“‘Accentuate the positive’ has become a new mantra at workplaces like VMware Inc., Wayfair Inc., and the Boston Consulting Group Inc., where bosses now dole out frequent praise, urge employees to celebrate small victories and focus performance reviews around a particular worker’s strengths—instead of dwelling on why he flubbed a client presentation…

“Now, managers [at BCG] are expected to extol staffers’ strengths during reviews and check-ins, explaining how the person can use his or her talents to tackle aspects of the job that come less naturally. Bosses are advised to mention no more than one or two areas that require development, [BCG Partner Michelle] Russell adds.”

Does that mean we ignore constructive criticism, or – dare I say – negative feedback, when needed? Of course not. Here’s the opinion of three people (an academic, an employee, and an executive), also from the WSJ article:

“Still, companies that ramp up the positivity need to make sure they’re not totally bypassing the evaluation of employees, [Sheila Heen, a lecturer at Harvard Law School and co-author of Thanks for the Feedback] says…

“Caitlin Marcoux, a senior associate at [PricewaterhouseCoopers], says she still gets told when she messed up. But she appreciates the extra dose of appreciation, which she says has helped to build her confidence. Without it,

“I’ll be a harsher critic on myself,” she says…. “Yahoo’s [Chairman, Maynard] Webb cautions that overly positive managers run the risk of ignoring problems festering in their workplace, making for a crisis down the line. Overall, though, the evolution isn’t a bad thing—people perform better when they’re encouraged and inspired, he says.”

The real message in this is all about finding the right balance. When discussing performance improvement needs, it seems most logical to focus on those areas needing improvement – your weaknesses. Yet studies show people are far more effective and productive at work when they focus on work that plays to their strengths and not expending too much effort on improving their weaknesses. This doesn’t mean we ignore performance challenges. It does mean we stop trying to fit round pegs into square holes.

If a member of your team is better at writing exciting materials, and less proficient at creating presentations, it makes good sense to funnel more writing projects to him and finding someone else who has PowerPoint running in their blood to create presentations. Penelope Trunk shares a great example of a member of her team who did this quite successfully by outsourcing what she least liked to do to others who are better at it.

And just because I can’t help throwing out research, don’t forget the findings that it takes five positive comments to balance one negative in our psyches. If you want employees to be able to correct one area, be sure to praise them for five areas they do well.

Remember, too, the worst thing you can do is ignore someone. Employees would rather you focused on their weaknesses than ignored them altogether. We all need feedback. We all deserve to know how we’re doing.