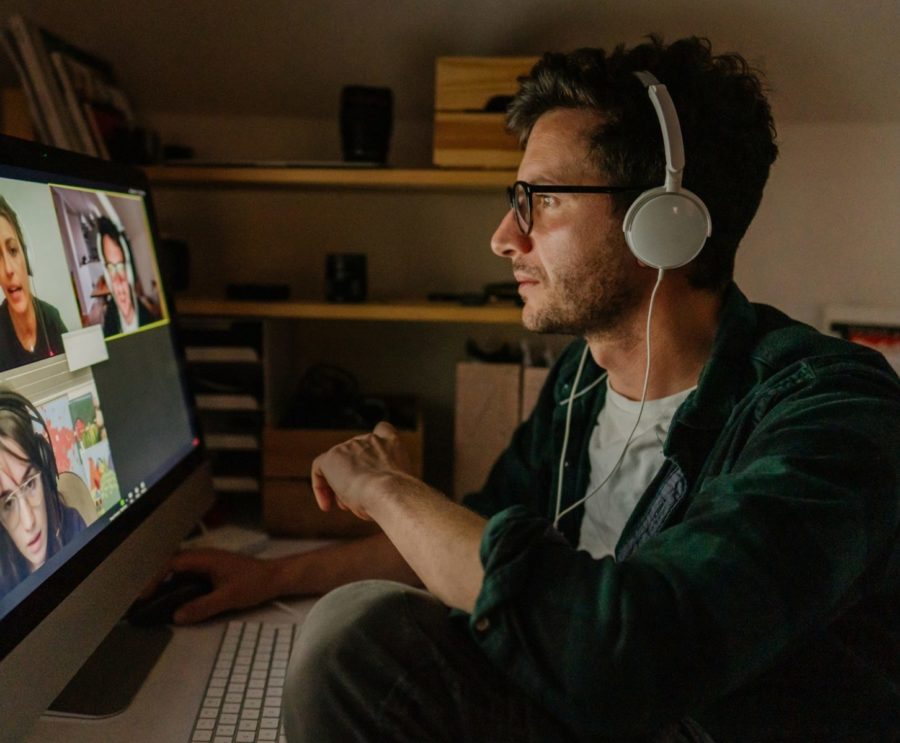 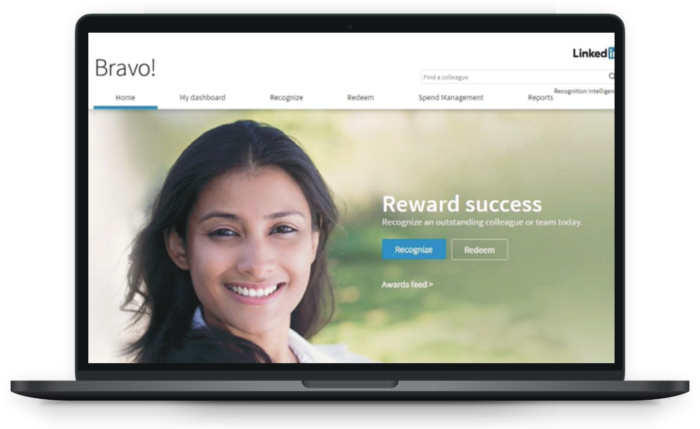 LinkedIn partnered with Workhuman to launch Bravo!, a global, peer-to-peer recognition and rewards program that has a significant impact on employee retention and performance.

Recognition can be an invaluable source of motivation and subsequently inspire people to do their best work.

Founded in 2003, LinkedIn has become one of the world’s most recognizable brands. Not only is it the largest professional network on the Internet – with more than 630 million members – but LinkedIn also generates revenue from Talent Solutions, Marketing Solutions, Learning & Sales Solutions, and Premium Subscription products. At its headquarters in Silicon Valley and in offices around the globe, LinkedIn’s 14,000+ employees are on a mission to connect professionals from all over the world to make them more productive and successful.

LinkedIn’s culture is based on its core values, which are: Members First; Relationships Matter; Be Open, Honest, and Constructive; Inspire Excellence; Take Intelligent Risks; and Act Like an Owner. 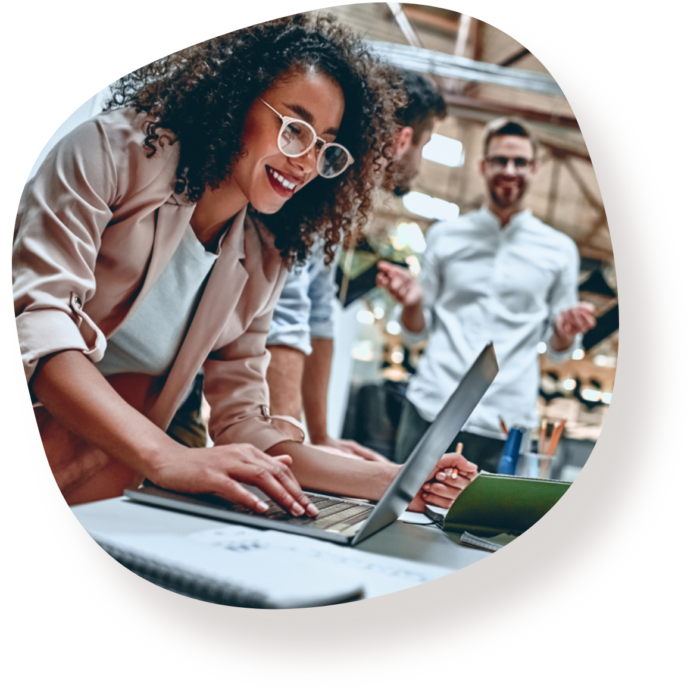 One challenge that led LinkedIn to look into social recognition was corporate growth. “We’re in a period of superfast growth. It’s been a bit of a wild ride, with some volatility. We wanted a program that could drive stability and emphasize our culture and values,” says Christina Hall, former chief people officer at LinkedIn. For this reason, it was important that the program be peer-based, rather than hierarchical and top-down.

Additionally, LinkedIn needed to modernize its spot bonus program, which wasn’t driving the results they needed. Utilization of the program was inconsistent, infrequent, and involved a drawer full of gift cards, which was an administrative challenge.

Recruiting talent in the heart of Silicon Valley can also have its challenges. While it’s difficult to imagine any job candidate who isn’t familiar with LinkedIn, the company invests a lot of time and resources into creating the best possible new hire experience. This is one of the reasons re-vamping employee recognition at LinkedIn was so important: “New hires are a place where we’re making a significant investment. Anything we can do that helps tip them toward staying is wonderful,” says Christina. 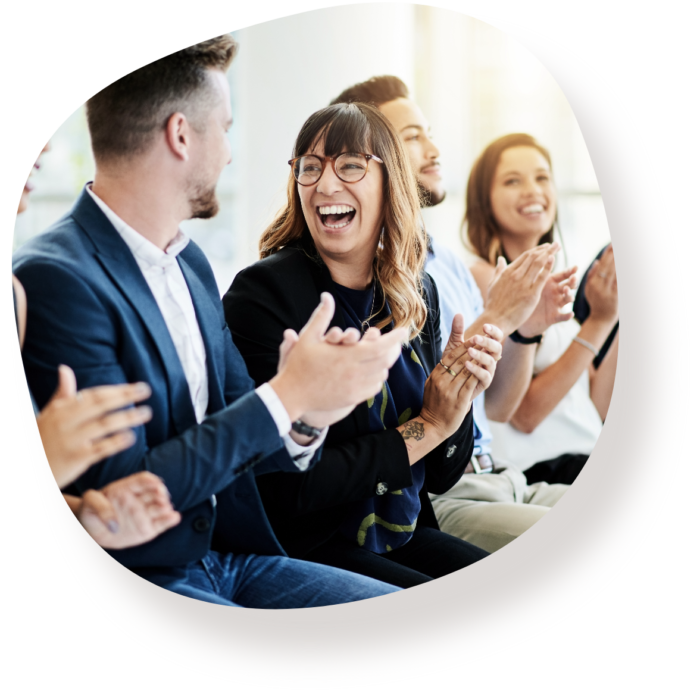 LinkedIn partnered with Workhuman® to launch Bravo!, a global, peer-to-peer recognition and rewards program. Unlike the former spot bonus program, Bravo! has clear ties to LinkedIn’s corporate values and is efficient, consistent, and timely.

“Everyone from the most junior person to the most senior person can give and receive awards. It’s great because it takes it out of the standard construct. We don’t give Bravo! awards because of an annual review. We believe recognition should flow freely throughout the year,” says Christina.

96% retention rate for all employees who receive 4+ Bravo! awards

Eighteen months after launch and with high adoption of the program, LinkedIn embarked on an in-depth analysis of Bravo!. In partnership with Shawn Achor, Harvard-trained researcher and best-selling author, and the Workhuman Analytics & Research Institute, the study examined the correlation between social recognition experience and the retention of key employees.

“The LinkedIn data shows not only the ripple effect that occurs in terms of performance, but the actual creation of praise recipients into praise providers. People are becoming happier and more engaged, and they’re part of the process of making other people more positive and engaged,” says Shawn.

Every time an employee is recognized, they’re likely to recognize two other
people in the organization. What’s more, as the number of awards increases, so do retention rates. For new hires in particular, retention rates are nearly 10 percentage points greater for employees who receive four or more awards, as opposed to employees who don’t receive any awards.

LinkedIn has also seen a significant impact on employee performance since launching Bravo! “If employees received three or more awards, 54% of those employees improved their performance rating year over year,” says Christina.

The associated award doesn’t have to be high value, either. In fact, the average award size is $135. “We’re seeing these results because it’s about the sentiment of gratitude, not a large monetary value. Recognition is this source of motivation that inspires people to do their best work,” explains Christina.

At the outset, LinkedIn wanted a program that would mobilize employees at all levels to show appreciation and drive the culture – and the data shows this is happening with Bravo! Nearly a quarter of the awards (24%) given are peer-to-peer – between employees in the same job grade. Globally, 83% of employees received an award in 2018 and 62% of employees gave one.

“What I love about this research is it shows the repetition of praise within the program is what matters – the continual bringing it back to the forefront. This means we need to activate champions at every level of our organization to be those praise providers,” says Shawn.

Bravo! is also proving to be a key ingredient in LinkedIn’s diversity, inclusion, and belonging (DIBs) strategy.

“The strength of our culture helps us retain great employees in a tight job market,” says Christina.

“Making people feel they belong at LinkedIn and recognizing their contributions is core to that culture. Our use of the Bravo tool, as powered by Workhuman, helps power that recognition.”

How can we help your business?

Find out how Workhuman solutions can transform your business to create your own success story.
Reach out to us!

Discover what a more human workplace can do for your business.

Social Recognition® Peer-to-peer recognition that lets all employees acknowledge and congratulate each other.
Social
Recognition®

Service Milestones® The new way to honor all career highlights like onboarding, promotions, and years of service.
Service
Milestones®

Cardinal Health partnered with Workhuman to launch its first global, social recognition solution, Bravo!, designed to support a culture of recognition and appreciation across the entire organization.

“Workhuman … allowed us to move into the digital space and make our recognition program more user-friendly,” says Michaela Leo, former director of compensation at Merck.

“This allows us to very easily recognize people from all over the world which, in a traditional HR system, you might not be able to do quite as easily … It’s great to see the connections.”

As with many large, global corporations, Eaton was challenged with driving a culture of recognition that made every employee – no matter their function or location – feel valued and appreciated.

CAA: Building a Culture of Appreciation and Belonging

This case study explores how Conga partnered with Workhuman® to launch an innovative reward and recognition solution that increases engagement and drives the business’s bottom line.

Qlik recently underwent a complete performance management transformation. Learn how Qlik worked with Workhuman, its human applications partner, to realign its people process to the pace of business.

In the first year alone, more than 15,000 recognition moments were captured and 66% of employees received recognition through Baystate Celebrates!

Citizens: Creating a Culture of Connection With Recognition

Learn how First Tech partnered with Workhuman to implement a human application solution that enhances engagement while creating deeper connections to company values and business goals.